The German Heimat Posted by Constanze on Apr 4, 2018 in Culture, Language

The concept of Heimat is often referred to as a uniquely German concept that cannot be adequately translated – even though it seems like a fairly straight-forward word. On first glance, you see the word das Heim (home) in there, and although Heimat does mean home, this word talks about quite a different concept of home.

In German, you have the words das Heim and das Zuhause, both of which translate to home. The difference between these and Heimat is that Heim and Zuhause refer to an individual house/home, while Heimat refers to the wider homeland.

So why can’t we just translate Heimat as ‘homeland’? Because one’s Heimat is not necessarily their homeland – it’s not even necessarily a country. It can refer to a specific region, city or county. Heimat is the place where you feel the most at home, and that could be the place you grew up in, or it could be somewhere you have lived for a long time. The concept of Heimat seems to be a very emotional one; it is more about feeling at home than being in your physical home. Max Frisch, the famous German playwright, claimed that the word Heimat was unübersetzbar – untranslatable.

‘Wo sich dein Herz wohlfühlt, ist dein Zuhause’
‘Home is where the heart is’ 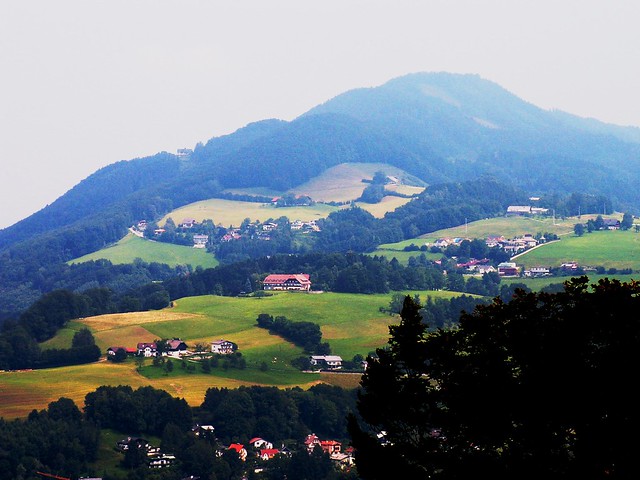 Green hills on a foggy day. Photo by pedrocaetano on flickr.com under a CC license (CC BY 2.0)

Perhaps another reason the word Heimat is more complex than the word Zuhause, for example, is down to the way it has been used throughout history. During the Nazi era the word Heimat gained negative connotations by being used to describe the ‘homeland’ Hitler wanted to ‘protect’. It became associated with patriotism and exclusivity, rather than warmth and love. As with a lot of words used during Nazi Germany, this gave the word Heimat a negative association – which is probably why people regard it as a complex term nowadays.

The word is sometimes used in politics, especially by far-right parties such as AfD (Alternativ für Deutschland or Alternative for Germany), who have used the word on their campaign posters.

But to many people, Heimat simply means one or a mixture of: Erinnerungen (memories), Sprache (language), Wurzeln (roots), Geborgenheit (feeling of security/protection), Familie (family), and Nostalgie (nostalgia).

‘Heimat ist da, wo man sich nicht erklären muss’
‘Heimat is where you don’t need to explain yourself’

What do you think – is this word as complex as it seems? Do you know what the concept of Heimat means to you?