The Curiosity of the Word “USB-Stick” Posted by Sten on Apr 14, 2018 in Culture, Language

You know the words “flash drive”, “pen drive”, “thumb drive” – but “USB-Stick”? No, that is not a way to refer to the little, helpful memory – at least not in English. But in… German? How did such an English-sounding word make it in the German language, even though it is not related to the English language? Let’s find out!

UPDATE: According to several comments, USB-Stick is/was a perfectly fine synonym in English for flash drive. However, USB-Stick is still considered a pseudo-anglicism in Germany, so this article still makes sense.

The Curiosity of the Word “Cousin”

The Curiosity of the Word “Hochzeit”

Where does USB-Stick come from? 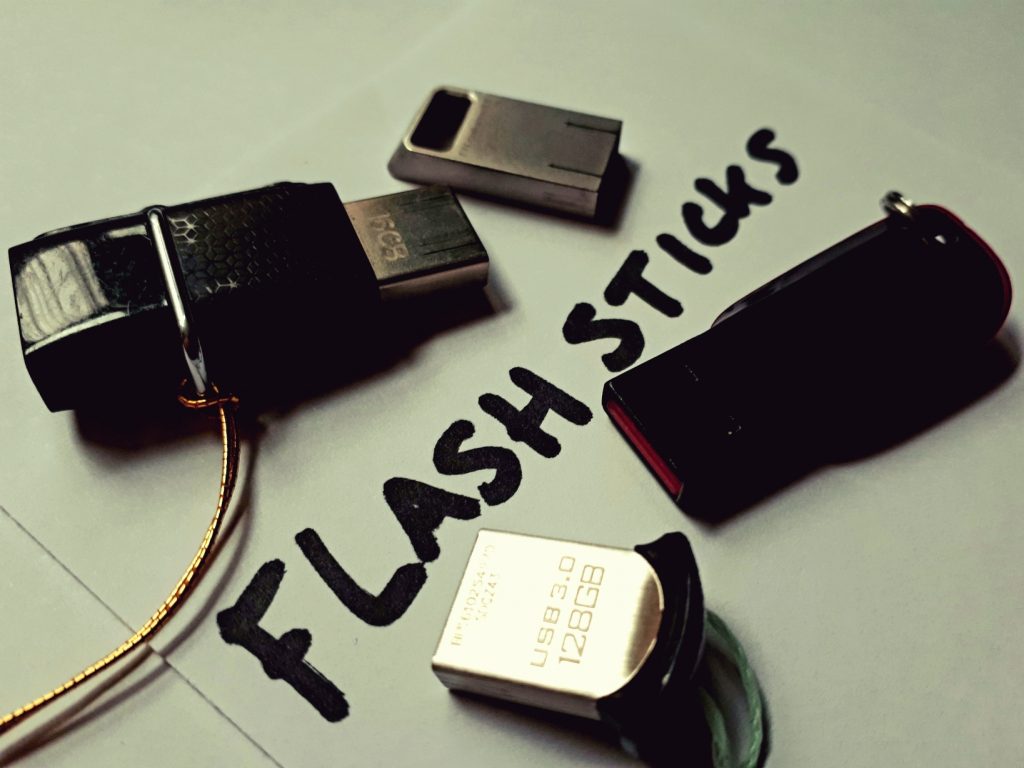 Obviously, USB-Stick is made of USB and Stick. USB still makes sense, that is the same universal abbreviation around the world. But Stick? That word must be older. It is a Scheinanglizismus (pseudo-anglicism), so a word that the Germans adopted from the English language, but with a different meaning. Let’s compare definitions:

So, as you can see, German has a lot fewer, more specific use cases for the word Stick. In fact, it is even considered a short form for USB-Stick! And even though it sounds English, it has little to do with the English meaning, apart from the fact that it refers to objects that are thing and long.

However, since I cannot find a good theory on this, here is mine:

Stick became a more usual word in German. And then once flash drives became a thing, a new German word had to be made for it. In 2006, the German Duden introduced USB-Stick in its dictionary. Since USB stands for Universal Serial Bus, an English abbreviation, and for the fact that most early computer innovation for the mass market came from the United States, it made sense that Stick was used instead of a more German word. Stick already referred to long and small objects, and a flash drive fits that description. And so USB-Stick was born.

Introducing a word like flash drive into German would clash with German pronunciation, whereas USB-Stick is much easier!

Is there another word for USB-Stick?

The word Stift is known as a synonym (e.g. USB-Stift, Deostift), but this has been used less and less. USB-Massenspeicher (USB Mass Storage) could be used to refer to a USB-Stick, but it does not really refer to the same thing.

How do you refer to USB flash drives in your language? Does your language have similar examples of pseudo-anglicisms? Let me know in the comments below!