All countries have some sport that has some tradition, or that is extremely popular. The United States, for example, has American football, baseball and basketball. Brazil and Germany have football/soccer, the British have rugby and cricket, the Canadians ice hockey… But what about the Swiss? There are actually three national sports. And I have never heard of any of them and I am from the adjacent Germany! So, let’s explore what they do down there! Today, we look at Steinstoßen.

Other posts in the series: 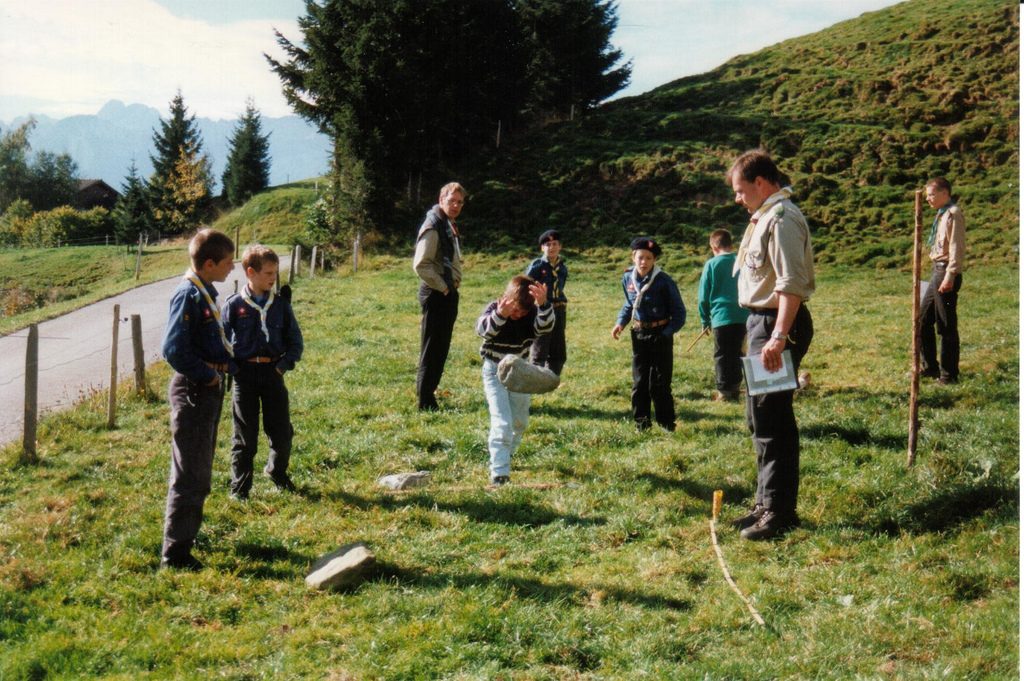 Steinstoßen starts at a young age! (Image by Michael Beat at Flickr.com under license CC BY 2.0)

Unlike Hornussen, Steinstoßen has a pretty simple setup. All you need is a stone. And you throw it as far as possible. The person that throws it the farthest wins. That’s it.

Steinstoßen itself is one of the oldest sports of the Menschheit (humanity). Stones were used as a weapon back in those days, and accuracy and range were very important. At some point, that turned into a recreational activity.

The sport in its current form originated in medieval Switzerland. Hirten (shepherds) in the mountains played it as Kraftsport (weight training) as early as the 13th century. All you need for the sport is a stone, and a big one at that. They would use stones that were washed down from the Alps by glaciers. It later became a sport at tournaments, which is how it spread. From Switzerland, it managed to reach Germany, too. So maybe I should have at least known about the sport…

Like Schwingen, Steinstoßen is part of the Eidgenössisches Schwing- und Älplerfest. In the video above, you can see some very strong men toss a very heavy stone. They handle the Unspunnenstein, a famous, 83.5 kg (184 lbs) heavy stone that was lost for an entire century. The tale goes that the stone was thrown 10 feet at the Burgruine (castle ruin) Unspunnen in 1805. Somehow it got lost, but was found again in 1905. The stone is now closely guarded, but sometimes borrowed for certain Unspunnen-events, such as in the video above. So yes, they use a stone with history!

In the last century, many more stone weights were added to the tournaments. For example 20 kg and 40 kg (44 and 88 pounds). These are, of course, easier to handle, and technique can differ. An example of a workable technique is in the video above. As you can see, the technique of throwing a much smaller stoneis quite different from the overhead technique used with the Unspunnenstein.

What do you think about this sport? Does it (or something similar) exist in your country? Let me know in the comments below!