Guten Tag! The topic of today is Frühstück (breakfast), but with a twist. I’d like to share some information about the traditional Bavarian breakfast with you. 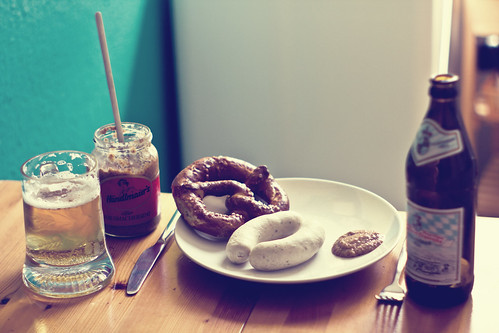 ‘bavarian breakfast’ by masT3rOD on flickr.com under a CC license (CC BY 2.0)

A traditional Bavarian breakfast consists of the following:

Die Weißwurst
Literally ‘white sausage’, this is a sausage made from minced veal and pork bacon, seasoned with parsley, ginger, onions, lemon and cardamom. The Wei
ßwurst is served in connected pairs. To eat it, you must first cut it down the middle, then remove its skin.

Der (Süß)Senf
Mustard – or sweet mustard – is used as a condiment for the Weißwurst.

Die Brezel (or ‘Brezn’ in Bavarian dialect!)
This is what we call a pretzel in English. While a regular German breakfast often includes any type of Brot (bread) or Brötchen (bread roll), the traditional Bavarian breakfast always includes a Brezel!

Das Bier
Beer. Yes, believe it or not, beer is an integral part of the traditional Bavarian breakfast! Specifically, Bavarians drink a type of beer called Hefeweizen for breakfast, which is different from other beers in that it is made from malted wheat and, apparently, helps the digestion process. Not that Bavarians need a nutritional reason to drink beer before noon – it’s just part of their culture, and even has a name: Frühschoppen.

I hope you’ve enjoyed this post! Does the Weißwurst Frühstück appeal to you? Have you ever tried it, and if so, what did you think? What do you like to eat for Frühstück? Let me know – in German, if you can! 🙂

Finally, here’s a postcard I have of a lady eating the Weißwurst Frühstück. Who knows what she’s saying at the bottom? 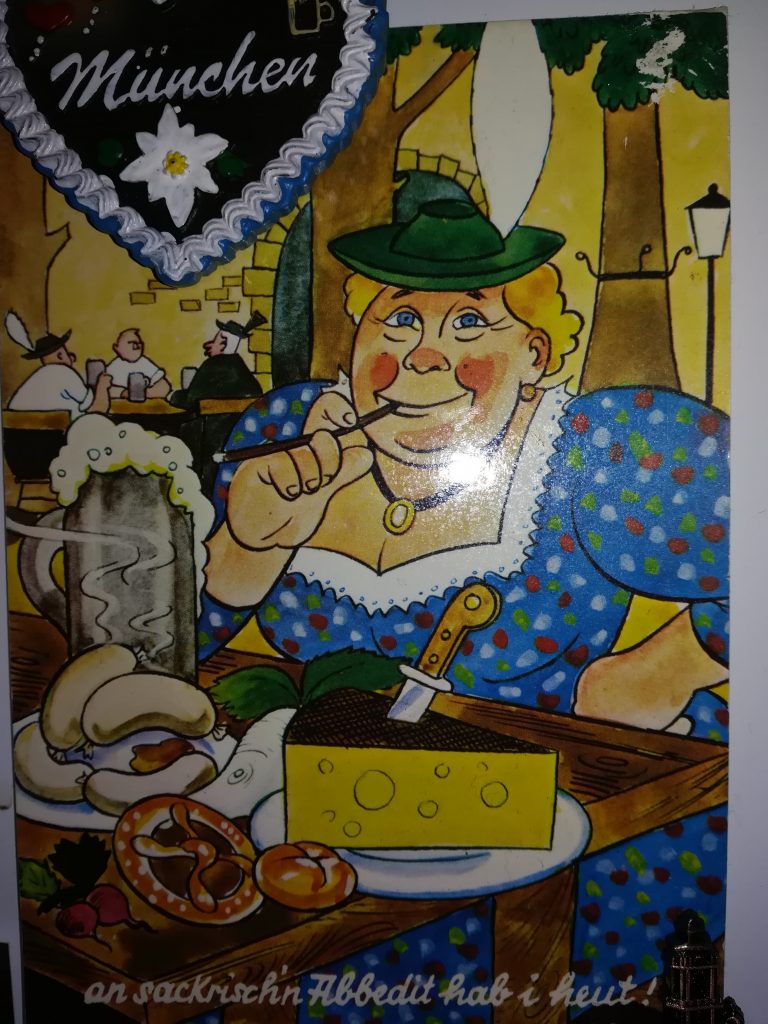