The German Expression ‘Bock Haben’ Posted by Constanze on Jan 4, 2017 in Culture, Language

Hallo! Gutes neues Jahr! 🙂 Today I’d like to bring you a curious German expression known as ‘Bock haben’, and show you how to use it. This phrase is quite commonly used in Germany nowadays, so you’re likely to come across it at some point!

This phrase is a more colloquial way of saying ‘Lust (auf etwas) haben’ – to want to do something, to have the enthusiasm for something. Basically, Bock haben is the more colloquial version of Lust haben.

You can, of course, also say you have NO ‘Bock’ to do something:

Ich habe keinen Bock mehr auf meinen Job.
I don’t have any enthusiasm for/can’t be bothered with my job anymore.

But what does the phrase mean, and where does it come from? 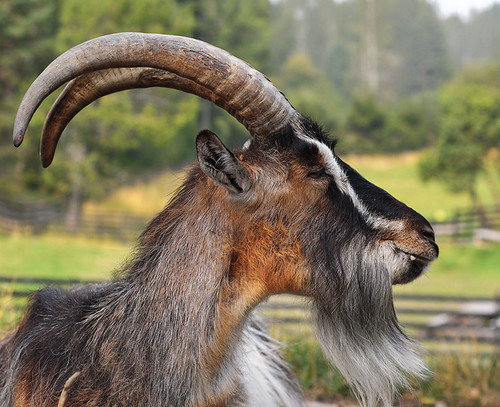 der Bock – male goat. Photo by stanhua on flickr.com under a CC license (CC BY 2.0)

If you look the word Bock up in a German dictionary it will translate to buck – a male goat. But the phrase ‘Bock haben’ actually has nothing to do with ‘having a goat’. It is said to come from an old language called Rotwelsch, a ‘secret language’ used by people on the outskirts of society (vagrants, criminals, gypsies etc.) in parts of Germany and Switzerland. They used the word der Bock from the Romani word bokh, meaning hunger. So the German phrase Bock (auf etwas) haben means to have ‘hunger’ for something.

Ich habe null Bock auf Partys.
I have no desire whatsoever to go to parties.

These words put extra emphasis on how much – or how little – you want to do something!

There is even something called ‘Null Bock Syndrom’ or ‘NBS’ – a pretend syndrome used to describe people who can’t be bothered to do anything. 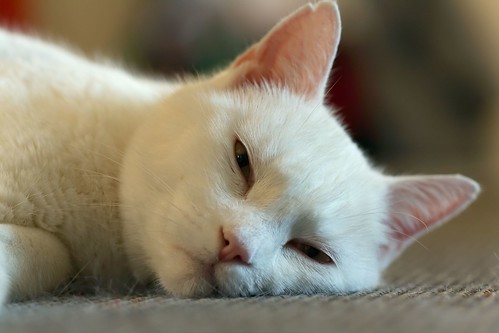 You may have also heard the expression Null-Bock-Generation. This refers to a generation of young Germans who feel depressed and demotivated because of their perceived job prospects and their social and economic future. Because of this they may turn to Drogen (drugs) or become radikalisiert (radicalised).

In German you say you have Bock ‘auf’ something, so if you’re not mentioning the actual thing you ‘have Bock for’ in a sentence, you just say ‘Ich habe Bock darauf‘. Now, you may see people spell it ‘Bock darauf’ or ‘Bock drauf’. The only difference is that the latter has the omitted letter ‘a’ because this letter is not often pronounced in speech. ‘Darauf’ is the correct spelling, but you may not always see it written that way.

From goats to secret languages, from joke syndromes to generations named after it, the little German word Bock really is quite interesting, I hope you’ll agree! Next time you have a German lesson here on Transparent Language, I hope you’ll use the phrase ‘Ich habe voll Bock auf Deutsch!’ 😉 Any questions or comments, let me know. 🙂