Guten Tag, and welcome to another ‘untranslatable words’ post! This is a series where we look at words unique to the German language, and try to find an equivalent English translation for them. So without further ado, today’s word is: die Verschlimmbesserung. 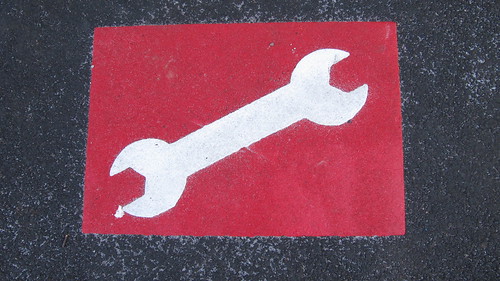 Verschlimmbesserung: To make something worse while trying to make it better. Foto: howardlake on flickr.com under a CC license (CC by 2.0)

What does die Verschlimmbesserung mean?

What does die Verschlimmbesserung literally translate to?

It is a bit of a linguistical mish-mash. The verb verschlimmern means ‘to worsen’, while the verb verbessern means ‘to improve’. This word mixes the prefix of these verbs with the suffix -ung to create a noun. Or, to look at it another way, the word schlimm in the middle means bad. If you remove the word schlimm, you are left with die Verbesserung (die Verschlimmbesserung) which is the German word for improvement/upgrade. So its direct translation is something along the lines of ‘a bad improvement’.

How would you use die Verschlimmbesserung in a sentence?

Quite simply you’d say that something ‘is’ a Verschlimmbesserung – Es ist keine Verbesserung, sondern eine Verschlimmbesserung! (‘It’s not an improvement; it’s a Verschlimmbesserung!’) I am under the impression that it is more colloquial than anything else, and I’m not entirely clear on how frequent its use is in German, so if anybody wants to comment and let us know, I’d be very interested to hear about it!

What is the nearest English equivalent to die Verschlimmbesserung?

I came across the word disimprovement – ‘a reduction from a better to a worse state’ – which seems close, but not quite right. I was wondering why English speakers like the word Verschlimmbesserung so much when there is an English word with practically the same meaning, but I think the English word lacks the humour that Verschlimmbesserung has. The German word is also much more cleverly constructed, as German compound nouns often are. It seems that this is something that’s just expressed a lot better in German! 🙂

I hope you have enjoyed this post! This word is relevant to today’s German Word Of The Day: besser, the German word for better. Check out the German Word Of The Day feature on the right-hand side of this blog and learn one German word per day! If you’d like to read more in the untranslatable words series, click here. And make sure to sign up to the Transparent Language newsletter below for even more language learning tips and info!