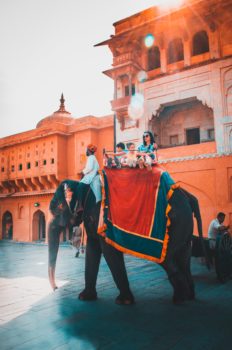 Republic Day celebrates जश्न the day India adopted the constitution in 1950. But,  Republic Day ceremonies समारोह will be different this year. This is because the powers that be, changed the song normally played during the Beating of the Retreat.

But, why would a change in song cause it to be different विभिन्न, you ask. Well, it depends on who you talk to in India about this issue.

How does India celebrate Republic Day?

First things first, a typical Republic Day ceremony features an elaborate विस्तार से कहना display of India’s military might. The ceremony is held at Rajpath, also known as Kings’ Way. The President begins the ceremony accompanied by a 21 gun salute सलाम. And, the Beating of the Retreat on January 29, marks the end of the ceremonies.

What is the controversy about?

However, this Republic Day heralded a controversy विवाद regarding a song. India decided to remove the song, Abide with Me from the ceremony and replace बदलने के it with Ae Mere Vatan Ke Log. While both songs are beautiful, they convey different meanings and emotions भावना. One speaks of traditional, decades-old ways of the Indian military while the other, remember the sacrifice त्याग करना of Indian soldiers.

Mahatma Gandhi, The Father of the Nation,  loved this Christian hymn. The argument तर्क is that if the Indian constitution outlines the secular धर्मनिरपेक्ष nature of India, then having a Christian hymn played at the Beating of the Retreat does not reflect that secular nature, however beautiful the hymn may be.

Tushar Gandhi, the grandson of the Mahatma states his grandfather loved many songs but this was a favorite पसंदीदा. He points out that recently there were aggressive आक्रामक acts by Hindu nationalists against the Christian community in India and the removal of the hymn affect the community. The timing was important.

The song ‘Ae Mere Vatan Ke Logo’ by Lata Mangeshkar according to Major General Dhruv Katoch, would be more appropriate and in keeping with the tribute to fallen soldiers गिरे हुए सैनिक. It is also in keeping with the secular nature of the constitution संविधान.

He pointed out that it further emphasizes a shedding of the colonial औपनिवेशिक past of India. And finally, it is more easily recognizable throughout India versus Abide with Me which is only recognized by elite अभिजात वर्ग educated audiences.

The flip side of this is that this song was sung soon after the 1962 war of India versus Pakistan. This does not bring back good memories अच्छी यादें for the Indian nation. At present, India is confronting सामना the reality of China encroaching on her borders (LOC – Line of Control). Does the nation need to be reminded of 1962 by this song?

A Case for Both

Why can’t we have both songs? People love both songs equally. One for its sweet reminders मधुर अनुस्मारक of Mahatma Gandhi and the deep-set traditions परंपराओं of the Indian military. The other for its memories of the bittersweet sacrifice of India’s sons and daughters in war. The inclusion समावेश of both songs reflects the true diversity of India with her many religions and her inclusive nature of accepting all these faiths while still remaining secular.