The Rise of Hindi in Mumbai Posted by Nicole Herbert Dean on May 17, 2021 in Hindi Language, Hinglish 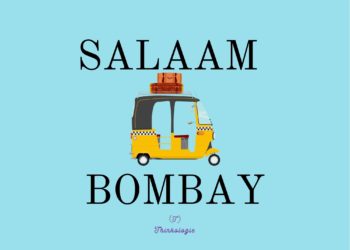 Mumbai is one of India’s most diverse विविध cities. People from linguistically भाषाई रूप से separated states converge अभिसरित होना on Mumbai to work and live. They bring लाना their language, culture, and unique अद्वितीय flavor to this great city. This convergence leads जाता to colorful speech भाषण with sentences a mix of Hindi, Urdu, Marathi, Gujarati, and English. Mumbaikars code switch with ease आसानी leaving a visitor befuddled at the communication संवाद.

Marathi takes a back seat

The official language of the city is Marathi but it is quite possible काफी संभव to not know that language and to live and work efficiently कुशलतापूर्वक कार्य करना in Mumbai. Although, I must say, if one does know Marathi, one can get through bureaucratic नौकरशाही red tape much quicker. It is also, easier to get a license, be approvedअनुमोदित किया जाना for a credit card, etc. by speaking in Marathi with the person handling the stamp.

It is interesting दिलचस्प to note that although यद्यपि the state language is Marathi, in recent years Hindi is gaining prominence प्रमुखताand popularity लोकप्रियता. A 2011 census report stated that Hindi had grown from 40 percent प्रतिशत from 25.88 lakh to 35.98 lakh. This is due to the influx अंतर्वाही of people from the northern उत्तरी states. People from Uttar Pradesh and Bihar come into Mumbai to work, bringing their own Hindi dialects बोलियों. As housing has spread out, so does the language, with Hindi being spoken in Thane and Raigad which are smaller cities outside Mumbai.

Initially पहले, Mumbai attracted migrants प्रवासियों from the West Coast mainly being a port city बंदरगाह शहर and having many textile mills. These migrants came from Gujarat, Coastal Maharashtra, and Goa bringing their languages of Gujarati and Konkani. When the mills started shutting down, the city transformed into a service hub from a manufacturing निर्माण hub. Migrants from Uttar Pradesh and Bihar attracted by the non-mill work came to Mumbai to work bringing in the various Hindi dialects.

Meanwhile, the lack of housing आवास and better opportunities अवसर outside Mumbai pushed the native देशी speaking Marathi population out. This led to an increase वृद्धि in the Hindi speaking population of Mumbai. However, this Hindi is not the purest शुद्ध form of Hindi. Hindi has lost its Sanskrit origins मूल resulting in an impure अशुद्ध language tainted with other languages. The educated शिक्षित, English speaking individual व्यक्ति rarely if ever remember common Hindi words such as वाहन for transportation. They use the words taxi, car, bus, or railway. Words such as वाहन, गादी, रेल गादी are becoming obsolete.

A few years ago, the Union Home Minister, Amit Shah declared घोषित, “it is absolutely essential आवश्यक that the entire country has one language,  the most spoken language of Hindi”. What is interesting to note is that this declaration had little effect थोड़ा प्रभाव on the language spoken in Mumbai. This, despite the fact that Hindi was on the rise. People in Mumbai still default to the dialects of their native state मूल राज्य  mixed with Hindi and a spattering of English.

What Mr. Shah did not realize that it is the very diversity विविधता that brings in unity. Mumbai’s languages are a microcosm अणु विश्‍व of India. Each state linguistically diverse, each individual in Mumbai linguistically diverse. Asking for a one language state is not realistic. Hindi will continue to rise but in its fluid form absorbing other languages and dialects.