The Tapori Culture of Mumbai Posted by Nicole Herbert Dean on Mar 22, 2021 in Culture, Hindi Language

The Tapori language टपोरी भाषा also known as Bambaiyya language is a product of several कई Indian languages.  Stemming from Marathi, it has Hindi, Gujarati, Tamil, and other अन्य languages. Tapori adds nuances बारीकियों of flavor. It is in essence संक्षेप में the language of the street सड़क or the ‘footpath’.

The Tapori language goes in hand in hand with Tapori culture संस्कृति. Bollywood introduced this culture in the seventies with the famous actor Raj Kapoor in the film Shree 420.  Currently, it is common to see the character in films and many are box office hits.

Sanjay Dutt, a well-known प्रसिद्ध Bollywood actor, portrays चित्रण a Tapori in a couple of films – Munnabhai MBBS and Vaastav. In Vaastav, his character is moral निष्‍कर्ष and honest ईमानदार but due to circumstances परिस्थितियों, he slides into dishonesty बेईमानी and gang culture. Sanjay, in this role, represents most of the poor uneducated अनपढ़  Indian youth of Mumbai. These youth are drawn like magnets into gangs गिरोह and gang culture. They come into the city with big dreams सपने inspired by the movies they watch. They find city life नगर जीवन is not at all like the movies and so slip into this way of life and subculture उपसंस्कृति very easily.

Sometimes कभी कभी the Tapori’s goals are to attain the status स्थिति of a Bhai. Bhai भाई means ‘brother’ in Hindi; however, it is also used for ‘gang lord’. In the film, Vaastav, the protagonist, Sanjay Dutt does attain the status of a Bhai at the end of the movie. 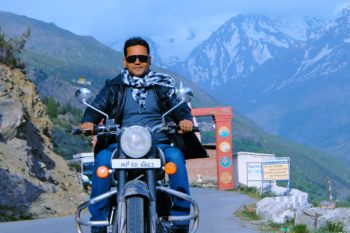 Image by sandip patel from Pixabay

The Tapori has a certain personality व्यक्तित्व. It is hard to distinguish भेद the character of a Tapori. The lines are blurred between a street thug ठग and a neighborhood protector. The Tapori can be both.

Tapori’s are the Indian version भारतीय संस्करण of Robinhood. Tapori culture takes care of the middle ground between illegal and legal अवैध और कानूनी.  The culture closes the gap between instability and stability, अस्थिरता और स्थिरता, and peace and chaos शांति और अराजकता arising out of life for these uneducated youth.

Taporis dress with a certain flair कुछ स्वभाव. They wear shirts unbuttoned to reveal a ‘ganji’ ‘गंजी‘ or sleeveless white undershirt and a bandana tied around their neck गर्दन. They do wear flip-flops or in certain cases sneakers जूते depending on how successful सफल they are. Prominent प्रमुख film stars in Mumbai not only adopt अपनाने this style for events but also speak Tapori language during an interview साक्षात्कार with the press.

India is a society not only based आधारित on class but caste जाति as well.  A person’s language, accent, and dress usually reflect प्रतिबिंबित their class and caste in this society. Upper classes/castes despise तुच्छ  Taporis, but thanks to Bollywood culture, this same class/caste now looks upon it with humor हास्य. Standard Hindi मानक हिंदी reflects the upper class while Tapori Hindi reflects the lower, uneducated classes. If someone who is from an upper-class उच्च वर्ग  uses Tapori, it is usually to endear themselves to people of the lower classes. The upper classes use a mixture of Hindi and Urdu, which reflects education पढ़ाई and a higher status.

Let us look at a typical example of the Tapori language versus Standard Hindi.

You have given us bad quality goods.

Indian cinema effectively यथार्थतः promoted the Tapori language and culture संवर्धन in a state which has Marathi as its official language.  Drawing from Mumbai’s multilingual बहुभाषी streets, Tapori culture is here to stay but is getting wider acceptance in the upper echelons of Mumbai society.