What is Bandra Hindi? Bandraites, the residents of Bandra speak a combination मिश्रण  of Hindi and English with colloquial phrases. This language is a mixture of Hindi words that are anglicized or butchered, slang, and Marathi words.

Where did Bandra Hindi come from?

It is similar समान in nature to Bambaiyya or Tapori Hindi but it is not the same as Hinglish which is another byproduct प्रतिफल of modernization, the internet, and multinational बहुराष्‍ट्रीय trade. 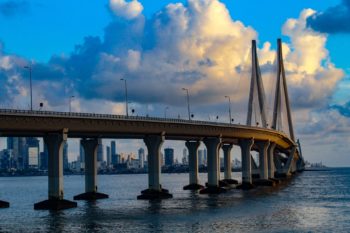 Bandra is a coastal suburb तटीय उपनगर of Mumbai and is now regarded माना as the hippest suburb of India. It was predominantly मुख्‍यतः Catholic, home to the many Goans, Mangloreans and East Indians (mostly converts from Hinduism to Catholicism) and Anglo Indians.

Most residents निवासियों of Bandra used to be either Mangalorean, Goan, East Indian, or Anglo Indian. The Mangloreans are originally मूलतः from Mangalore, Karnataka while the Goans hail from Goa. The East Indians are native स्थानीय  to Maharashtra and the Anglo Indians have British, Italian, Dutch and Indian ancestors पूर्वजों.

Bandra has her own rules

Bandra Hindi usually gets the gender wrong. Not sure why, but it is predictable पूर्वानुमान. For example, instead of saying, “मेरा नाम निकोल हुँ। “They would say, “मेरी नाम निकोल हुँ।“

Since most English language schools, even Catholic-run Convent schools, require Hindi as a second language, it is taught सिखाया from second grade onwards. However, हालांकि, due to lack of practice at home, most do not retain बनाए रखना the language. Therefore, most students must hire private निजी tutors. Their only real-world practice of the language is when communicating संवाद with vendors at the local markets or other service providers प्रदाताओं such as mailmen, electricians बिजली कारीगर, security सुरक्षा guards, etc. And even at that, the language is not in its pure शुद्घ form but a mix of the many dialects बोलियों that one carries from the village into Mumbai.

Another instance is the transformation of the question word why – instead of saying क्यौं   people say, कैयकु.  The sentence, “Why are you going in that direction?” is आप उस दिशा में क्यों जा रहे हैं? However, in Bandra Hindi it is, “आप उधर कैयकु जाता हैं.” Clearly butchered but so endearing and nostalgic to those who enjoy speaking it.

Bandraites use the phrase लफड़ा नहीं करने का meaning Do not fight, or Do not cause trouble, instead of लड़ना नहीं when trouble brews anywhere. Or alternatively when used to win a bargain at the street vendor’s stall.

There are certain words associated with romance in the Paris of India which is Bandra. The word फालतु is used to mean useless instead of odd. For example, the correct standard Hindi for He is useless is वह बेकार है. However, a Bandra Catholic person would say, वह फालतु है indicating that they like the person but think he/she is useless. A clear tactic to deflect attention on the budding romance.

If a guy wants to ask a girl out he will preempt the request with  “Please don’t make नाटक  drama (pronounced naatak) men?” A mix of Hindi and English, meaning Please don’t be dramatic and refuse. They use word ‘men’ in the same way one would use ‘man’ as in ‘oh man!’ Alternatively, they say, “What नाटक यार!” (pronounced naa-tak yaar) where ‘यार’  is friend. Finally, the word नकरा means protesting in a lighthearted flirtatious way. So a चालू player, flirtatious and easy guy would say that a girl who resists his advances would be making नकरा protesting much.

Hindi as a language is flexible enough to mold into different forms. Some argue that these words take away the purity. However, including these words and phrases in the language adds flavor and color to an already vibrant scene.