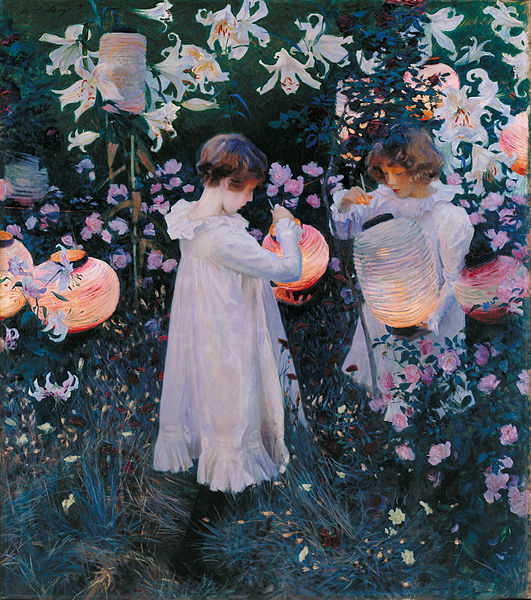 Continuing with our series of flower-themed names for girls (naisc thíos), let’s look now at the names “Lil” and “Lile (Líle),”  which may be equated with Lily or Lelia, or which may be pet forms of the names “Elizabeth” and/or “Cecilia.”  That latter derivation is from the late Irish names authority, Patrick Woulfe aka Pádraig de Bhulbh (1872-1933) in his book Irish Names for Children.

What’s the good news about these names, whatever their origin?  Since all the forms of this name start with the letter “L,” there’s no special spelling for the direct address form.

To say that something belongs to Lil/Lile/Líle, I’ve found slightly conflicting information, and it’s a very difficult name to check on online, since there are so many words or parts of words like “Lil” or “Lile” in various languages around the world.

The easy part is if something belongs to “Lile” or “Líle.”  In that case, we simply have:

In other words, no written changes.

For the version “Lil” to show possession, I’ve seen a reference to the name changing form, to “Lile,” like a typical 2nd-declension noun (e.g. “Bríd / Bríde” or generically, “ubh / uibhe“) but can’t find any real-life examples of this change.  Some of these genitive-case changes are fading away these days, so if there’s a “Lil” on our list, maybe she could write in and let us know what form she uses: máthair Lil (with no change) or “máthair Lile” (adding the “e” ending, which makes the name identical to the other version, “Lile“).

I did know one Irish-speaking Lily, an artist, but it’s been about 20 years since we were “i dteagmháil.”  If by any chance you’re on this list, a Lile, maybe you know something more about the use of this name.

As for the long mark (fada) issue, I’ve seen both “Lile” and “Líle,” so I’d say take your pick.  “Lile” sounds a li’l <couldn’t resist> more like “Lilly” and “Líle” sounds a little more like another English version, “Lelia.”

As for Lilian and Lillian, I can’t say that I’ve seen any specifically Irish version of these names.  “Lillian” is supposed to come from the old Venetian name “Ziliola,” which I would love to see revived!  And she could be nicknamed “Zee” or “Lili” or “Lola” or “Zola” (fainic, a Émile!).  Bhabh!

And finally, one more “as for” — as for the plant, the word is generally “lile,” with pretty minimal variation in its forms:

an lile, the lily

dath na lile, the color of the lily

And there’s a variation that uses the standard plural form for the singular and adds a new plural ending (!).

dath na lilí, the color of the lily

If this singular/plural transfer seems strange, I can refer you to at least one more parallel situation:

In Conamara Irish, at least, perhaps elsewhere, and quite charmingly, on the Muzzy Irish language set (labeled “Gaelic” when it was issued, and, last I checked, long out of print).

Finally, I’ve never really known for sure if the “Hi Lili” in the song “Hi Lili Hi-Lo” was meant to be a greeting or the opposite of “low.”  Or perhaps sheer melodious nonsense.  A girl named “Lili” was, at any rate, the main character in the 1953 movie of the same name, so if we did want to greet her in Irish, we could say, “Haigh, a Lile,” and I doubt that the sky would fall down if we greeted her  as “Haigh, a Lilí.”  If, on the other hand, the “hi” part is in contrast to “lo (low),” we’d have something like “Lile in airde” and “Lile in íochtar.”  Or maybe “Lile uachtarach” and “Lile íochtarach,” but somehow those don’t seem to have quite the same flowing alliterative quality.  Amhrán deas, ar aon chaoi.

As for namesakes (I know, four paragraphs starting with “as for” in this blogpost so far, maybe I should have used “maidir le,” which means “as for” or “regarding”), if you’re considering this name for a baby girl, you might be interested in other famous girls and women named “Lily,” real or fictional.  A few of the most well known in the real world include Lily Langtry and Lily Tomlin and in the fictional world, we have Lily Munster, Lily Evans Potter, and Lily Luna Potter.