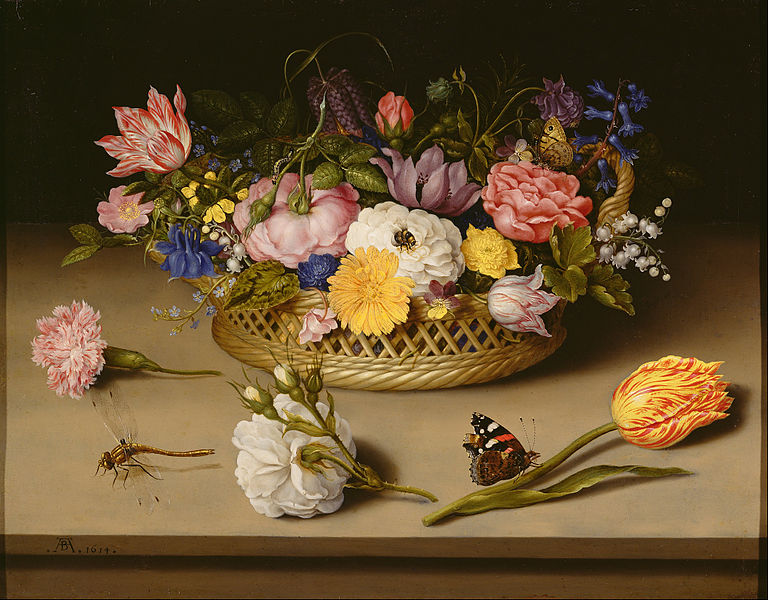 OK, so that’s really “trí ainm déag” but five name “families”, so I stuck with using “five” in the title of this blogpost, since it matches the format of the recent other entries in this series (naisc thíos).

If anyone has some further suggestions for names based on flowers, I’d love to hear from you.  There are a few names which are related to trees, some a little indirectly, so that might be another blog topic for the future.

Meanwhile, our names for the day, with a very basic explanation, follow.  Each grouping will get a little more detail below, unless I run out of space, that is.  In that case, this blogpost, like many of its predecessors, will have a “cuid a dó”.

Nóinín – the Irish word for “daisy”

Anyway, let’s start with the Bláth / Bláithín / Bláthnaid group.  We’ll actually begin with “Bláithín” and “Bláthnaid,” since, in my experience, they are more widely used as names than “Bláth” itself.

Bláithín [BLAW-heen], with “Bláithíne” as a variant (not very common, i mo thaithí féin).  Not often anglicized, that I’ve seen, but it can be, as “Blaheen.”  I see a few, but not many, Blaheens online, one of them being a race horse (nasc thíos).   It means “little flower,” with the “-ín” diminutive ending.

Two prominent examples of this name are comedian Bláithín de Búrca (see her Facebook page for more) and, with some concessions to the lack of diacritical marks in English, the journalist Blathin de Paor (rsvpmagazine.com).

Bláthnaid [BLAW-nidj], Florence, means ” little flower,” with “-naid” being the diminutive ending.  There is actually another word “bláthnaid” that means “a female stoat,” but somehow I don’t think that’s what most parents have in mind when they name their daughter “Bláthnaid.”  This name may be spelled “Blánaid” or anglicized as “Blanid,” but I haven’t seen either of those very often.

I’m intrigued by the fact that Gaelic (Gàidhlig) has “Floireans,” “Flòra,” “and “Flòraidh,” as names for girls, but a quick glance through some Scottish sources doesn’t show me any names based on “blàth,” the equivalent word in that language.   Hmmm?  A Albanacha?

Two variations of this name, spelled “Bláthnat” or “Bláthine”  in their Old Irish forms, occur in the story of Cú Chulainn, where she is one of his lovers.

And finally for Bláth itself:

possessive: Bláithe [BLAW-hyuh], of Flora, of Bláth.  This could become “Bhláithe” in actual use, but I can’t actually find any example of this name in the possessive form, online or in a quick search of my home library, in a natural context, so the usage is actually a little unclear.  At any rate, this possessive form is noticeably different from the possessive form of the word for “flower” itself, which, in contemporary Irish, at least, is “blátha” [BLAW-huh], as in “peiteal blátha” (a flower petal).  To be grammatical about it, “Bláth” as a name is a second-declension noun while “bláth” as a general noun is a third-declension noun.  Which may have just made your day.  It did mine, anyway.  How often can the same basic word be in two declensions?

It seems to me that there’s a lot of leeway for this name to overlap with the noun “bláithe,” meaning “smoothness,” “beauty,” “elegance,” or “delicacy,” but I don’t see anyone actually deriving a girl’s name this way, so maybe this idea will remain as pure speculation.  Simply a nice coincidence?  Barúlacha agaibhse?

Bhuel, that’s one blogpost for our next mionsraith with ainmneacha cailíní.  Please stay tuned for more to come.  Meanwhile, you might want to check out the previous blogs, listed below.  SGF  – Róislín