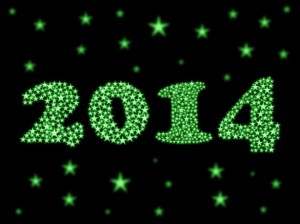 Taken word by word, we have:

dhá [γaw], two.  The “gamma” symbol in the pronunciation guide is borrowed from Greek and represents a sound not found in English.  Nor is it in the European languages most typically taught in the US, at least not in the typical high school or freshman university classes.  I’ve discussed this sound in various previous blogs (nasc thíos) and you can hear it on the sound clip at http://en.wikipedia.org/wiki/Voiced_velar_fricative.  If you listen to that sound clip, be aware that the speaker says the sound twice, first on its own and then with an “uh” sound before it.  So this is our old friend, the voiced velar fricative, the sound you need in Irish to say “two goats” (dhá ghabhar),  “the Irish language” (An Ghaeilge), and “I love you” (Mo ghrá thú), which is literally “you (are) my love.”  You also need it to talk to anyone named Gráinne or Gobnait or Dónal in direct address (a Ghráinne!, a Ghobnait!, a Dhónail!).

The sound does exist in various European languages (Portuguese, Basque, Dutch, West Frisian, etc.) and in some cases, in regional variations of some of “major” ones (Austrian German, and, I’ve been told, Mexican Spanish, with the “guttural” pronunciation of “agua“).  It’s also in a variety of languages around the world, Arabic, Yemenite Hebrew, Swahili, Vietnamese, if that helps, and extra-terrestrially, also, in Klingon.

The sound is similar to the guttural “ch” of “chutzpah,” “challah,” and German “Buch.”  But it’s lower down in the throat and sets up a lot of vibration of the vocal cords.

It may take practice to get the sound, but it is a very fundamental one in Irish.  Basically, every word that normally begins with “da-,” “do-,” or “du-” or “ga-,” “go-,” or “gu-” may have the “dh” or “gh” variant, which has the “voiced velar fricative” pronunciation.

At any rate, onward to the next word in our phrase:

mhíle [VEEL-yuh], lenited form of “míle ” (thousand).  Here the sounds are familiar from English, although the spelling of the “v” sound might be surprising to newcomers.  The “mh” is pronounced “v,” since it is “softened” (lenited).  The long “i” (i-fada) is an “ee” sound, like “beat” or “beet.”  The “l” is slender, approximating the “l” of “million.”  The final “e” is pronounced but unstressed, so it’s basically “uh.”

a [uh], no meaning as such, this is the “numerical particle,” which precedes numbers used “independently”

déag [djayg], teen, based on the number “deich” (ten).  In Irish, the numbers for the teens consist of two separate words, with “déag” for the “teen” element (a haon déag, a naoi déag, srl.).

Bhuel, sin é.  Dhá mhíle is a ceathair déag.  And I guess we’ll have that pattern to work with for many years to come.

Though come to think of it, if we try to sing Zager and Evans 1969 hit song, “In The Year 2525 (Exordium and Terminus), we could resort to the “twenty-twenty” type of pronunciation: sa bhliain a fiche cúig a fiche cúig.

So, “dhá mhíle is a ceathair déag sona dhuit,” and I hope this blog helped with some of the pronunciation issues.  SGF – Róislín

Nasc: https://blogs.transparent.com/irish/saying-i-love-you-in-irish/ (Saying ‘I Love You’ in Irish and Minding Your Velar Fricatives, posted 9 Deireadh Fómhair 2011)