Laethanta saoire in Éirinn – Holidays in Ireland Posted by Bridgette on Dec 31, 2020 in Culture

2020 is almost at an end, and with it comes a flurry of holidays and celebrations. Let’s take a look at some holiday vocabulary and traditions in Ireland.

Christmas is celebrated in Ireland similarly as in the US, but something quite unique is the tradition of a Christmas early morning swim where thousands of people will dive into the cold Irish waters for charity.

In Irish, this traditional celebration on December 26th is called either Lá Fhéile Stiofáin or Lá an Dreoilín, meaning the Wren Day.

On this day, groups of boys called the Wren Boys would hunt and kill a wren. They then would dress up in old clothes and straw costumes, paint their faces and go from door to door, singing, playing music and asking for money to bury the wren, or for some food and drink. If you don’t donate to their cause in some way, you ran the risk of having the bird be buried in your yard which would bring bad luck for the year to come! The Wren Day songs goes like this: 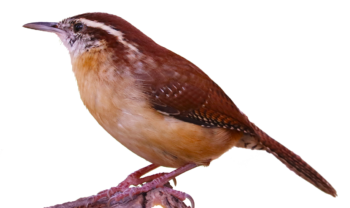 Lá an Dreoilín is celebrated primarily in Dingle in Co. Kerry – and thankfully no actual birds are harmed during the festivities these days. Wren Day in Dingle is a big affair, with preparations taking weeks beforehand and a competition between different groups of Wren Boys takes place. The money that is collected is donated to a local charity.

So why has this cute and innocent bird been persecuted for so long? As legend goes, the wren betrayed Saint Stephen, the first Christian martyr. Allegedly the bird flapped its wings to attract Saint Stephen’s pursuers to his hiding spot.

An Irish New Years tradition (and superstition) involves banging on the doors and walls of your home with stale bread from Christmas. The reason being? To chase the bad luck out of the house and invite good spirits in before the start of the new year.

Another popular New Years tradition is all about remembering loved ones who have died the year before. In Ireland on New Years Eve families will set a place at the dinner table in remembrance, as well as leave the door unlocked to invite them in.

And if you would like to give a traditional Irish toast this time of year you can say – Go mbeirimid beo ag an am seo arís (guh meh-rim-eed be-o egg un am shuh ar-eesh) which means “May we all be alive at this time next year.”