Luan Glas (or should it be ‘Luan Uaine’?): Green Monday Posted by róislín on Dec 8, 2014 in Irish Language 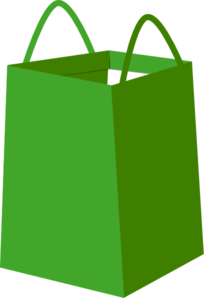 I recently saw an article from WHEC (nasc thíos) that happened to sort of sum up my view on “coined shopping days.”  It starts out, “Just when you thought all the coined shopping days were over, today is Green Monday.”  The article stops just short of being a jeremiad about the commercialization of Christmas .

So, now, we have the latest addition to the series of “laethanta siopadóireachta ceaptha,” which I’ll call “Luan Glas.”

I say, “I’ll call,” because I don’t see any references to “Luan Glas” or “Luan Uaine” online, period.  Of course, these searches I do are always limited by what’s searchable, to point out the obvious, but I always figure they’re a baraiméadar of the word’s general usage.   I even tried “Luan na Glaise” and “Luan na hUaine,” but to no avail.

So I toyed with “Luan Glas” and “Luan Uaine, ” both of which mean “Green Monday,” and it seems to me that “glas” works better.  Normally the guidelines are “glas” for naturally growing things (leaves, grass, etc.) and “uaine” for manufactured or dyed things (clothing, painted objects, etc.).  But “glas” has come to have a lot of the “go-ahead” connotations (An Comhaontas Glas, fiontraíocht ghlas, An tSeachtain Ghlas, srl.), which seem appropriate for Green Monday shopping.

I don’t see any central website for Green Monday that explains the reasoning behind its name, or suggesting translations, so I’ll stick with “Luan Glas,” unless I discover otherwise.  Céard a shíleann tusa?

It’s interesting that the WHEC article cited above asked readers if they had heard of “Green Monday.”  I was surprised to find that it went back as far as 2009.  An cuimhin leat “Luan Glas” a bheith ann sa bhliain sin?

But maybe in Ireland there would be forty shades of green for Green Monday? ; )  SGF — Róislín

PS 2 (iarsmaoineamh): It also just occurred to me that “luan glas” could also mean “a green halo,” if we consider the other meaning of “luan.”  Hopefully context rules, in this regard.  Usually, “halo” is specified as “naomhluan,” at least for saints’ halos.  So ceard faoi luanta aingeal?  Diabhal a fhios agam!  Hmm, diabhal, b’fheidir not the best word choice for a rejoinder here!  Anyway, in case you’re wondering, since halos don’t grow naturally, like leaves or grass, we could also say that “luan uaine” means “a green halo.” But how do halos get made anyway?  Could they be green?  A sort of glimmery glowingish green?  And where do they come from?  Do they just appear?  Do they come in different sizes, mar hataí?  Is an angel’s halo the same as a saint’s halo?  Ceisteanna dofhreagartha, a fhad is atá mise i gceist, pé scéal é.  I think I’d better quit while I’m ahead before this discussion gets diagach beyond my ken.

A. Glas vs. Uaine

2) Béigil: Uaine nó Glas? (Which Type of ‘Green’ for Bagels?)
Posted on 27. Mar, 2013 by róislín in Irish Language (https://blogs.transparent.com/irish/beigil-uaine-no-glas-which-type-of-green-for-bagels/)

1) ‘Sona’ or ‘Shona’ for ‘Happy Christmas’ (Merry Christmas) in Irish?
Posted on 01. Dec, 2014 by róislín in Irish Language (https://blogs.transparent.com/irish/sona-or-shona-for-happy-christmas-merry-christmas-in-irish/)

3) Aoine Dhubh, Aoine an Bhreacáin, agus Cibearluan! (Téarmaí Siopadóireachta Iar-Lá an Altaithe)
Posted on 30. Nov, 2009 by róislín in Irish Language (https://blogs.transparent.com/irish/aoine-dhubh-aoine-an-bhreacain-agus-cibearluan-tearmai-siopadoireachta-iar-la-an-altaithe/).  This one also has an interesting comment from Siobhán H. about December 8 being a big pre-Christmas shopping day in Ireland because it was a religious feast day and a day off from school.  Perhaps this was the prototype of Green Monday as we know it today.  Well, maybe.