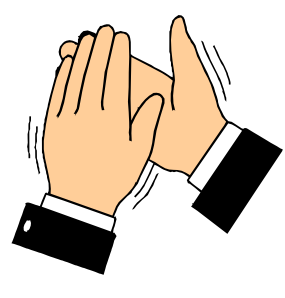 Music lovers at a classical music concert will probably wait politely until the very end to call out “Bravo!” or “Brava!” during the applause.  But in the realm of Irish folk music, short phrases of encouragement are often used during the song or tune, offering encouragement to the performer.  They can all be translated more or less as “Bravo!” but, taken literally, they have an interesting array of meanings, as we’ll see below.  So far I’ve counted  ten major ways to cheer the performer on, and most of them have some variations.  Further contributions would be welcome.

Similarly, we can say, “Maith a’ bhean!” or “Maith a’ fear!” or “Maith a’ cailín!” or “Maith a’ buachaill!”  Why am I writing “a” with an apostrophe instead of “an” (“the”)?  Because that’s the way it usually sounds when people say this.  In fact, the “n” of “an” is often not pronounced before Irish words that start with consonants, so “bean an tí” sounds like “bean a’ tí.”  Same principle.  Maybe a subject for a future “pronunciation tips” blog.

“Graidhin” is a variation of “greadhain,” which has a variety of meanings, such as “noise,” “din,” “merriment,” and “joy,” or the shouting connected to the merriment and joy.

Sometimes the “Nár lagaí” phrase is made a little more specific, if referring to an instrumentalist as opposed to a singer, “Nár lagaí Dia do lámh!” or “Nár laga Dia do lámh!”

We can also intensify this one as “Dia go deo leat!, literally, “God forever with you.”

7. Fáinne óir ort!, literally, “A gold ring on you!” So which came first, this expression or the awarding of a small “fáinne óir” to those who have successfully passed a “scrúdú béil” to show proficiency in Irish? Eolas ag duine ar bith?

9. Bulaí fir! Although technically this means “a bully of a man,” it’s used with a positive connotation and understood as “Good man yourself!” or “Well done!”   As I write this, I’m thinking, why doesn’t this sound so familiar to cheer on a woman or a girl?  I just Googled “Bulaí mná” and got a total of 16 hits.  “Bulaí fir” got 116 hits.  I guess that proportion of usage sounds about like what I’ve encountered in real life.

Similarly we could use “Bulaí girsí!” or “Bulaí cailín!” or “Bulaí buachalla!” or “Bulaí gasúir!” but I just haven’t encountered these very much in my own experience.  “Bulaí” can also be used for a “bully,” meaning a child who bullies other children, with “maistín” being a synonym.  Perhaps there’s less inclination to use “bulaí” in praising children because of the possible other connotations of the word?  Smaoineamh agatsa faoi sin?

10. Togha fir! or Togha mná!, with “togha” literally meaning “pick” or “choice,” implying “top choice” or “excellent.” Note the use of “tuiseal ginideach” anseo. We can’t get too far in Irish without it!

In contrast to all of the above, there is, of course, the word for “Congratulations,” but this would more typically be used in situations like winning a competition, congratulating someone on their marriage or engagement, getting a promotion at work, or perhaps in a greeting card for one of those purposes.  The Irish is “Comhghairdeas!” or a variation “Comhghairdeachas!”

It’s interesting that while Italian has four distinct forms of “bravo,” adding “bravissimo” and, for women, “brava” and “bravissima,” most of the Irish terms are not gender-bound, unless you’re specifically using phrases like “Maith a’ bhean!” or “Maith a’ fear!”

Of course, all of the above are addressed to one person.   We can also have plural forms (Dia libh!, Dia go deo libh!, Mo cheol sibh!, Maith sibh!, Mo ghoirm sibh!, etc.), but I have to acknowledge that I haven’t heard these used much in the plural.  Maybe it seems that the phrases of encouragement are more important to a solo performer.  Duos, trios, and groups have each other for support.   For that matter, I don’t remember ever hearing “Bravo!” in the plural either.  I guess it would be “Bravi!”  but, as noted, I don’t recall hearing that in a classical music setting.

A call of encouragement can be referred to as a “gáir mholta,” (lit. a call/shout of praise) but this wouldn’t be used directly to the performer, more in an account of the performance.

Agus go raibh maith agat, a Fhirn, as an smaoineamh!

11. Mo sheacht mh’anam thú!, literally, “You are my seven souls!”  This one is based on the word “anam,” (soul).  Structurally, it’s a little unusual in having “my” twice within the one phrase, showing up once as “mo” and then again as “mh” with the apostrophe.  Usually the number seven (seacht) triggers eclipsis , in which case the “s” of “seacht” would stay the same, as “s,” but here, somehow, we have the word “mo” lenited and with the “o” dropped off because of following vowel, the “a” of “anam.”  On its own, “Mh’anam!” means the same as “M’anam!” (My soul!), an exclamation of surprise.