Pensarci Posted by Geoff on Aug 23, 2017 in Vocabulary

Pensarci can be confusing. If you look in the dictionary you’ll find the explanation that it is a combination of the verb pensare (to think) and ci (which in this case means ‘about it/of it’). But there’s another meaning to pensarci that’s not so easy to decipher …

Let’s begin with the easy meaning: pensarci = to think about/of it.
The following examples will illustrate how we use it:

Dovevo portare l’ombrello, ma non ci ho pensato = I should have brought the umbrella but I didn’t think of it.
Se fossi in te ci penserei due volte prima di comprarlo = if I were you I’d think twice before buying it
Ogni volta che ci penso mi fa venire i brividi = every time I think about it it gives me the shivers
Laura mi ha detto che ci pensa molto spesso = Laura told me that she thinks about it very often

Now for the second, less easily defined meaning: pensarci = to sort it out/take care of it.
Once again, here are some practical examples:

Non ti preoccupare, ci penso io = don’t worry, I’ll sort it out
Ci pensi tu a parcheggiare la macchina? = will you take care of parking the car? (or simply ‘will you park the car?’)
Chi ha pulito la stanza? Ci ha pensato Antonio = Who cleaned the room? Antonio sorted it out (or simply ‘Antonio did it) 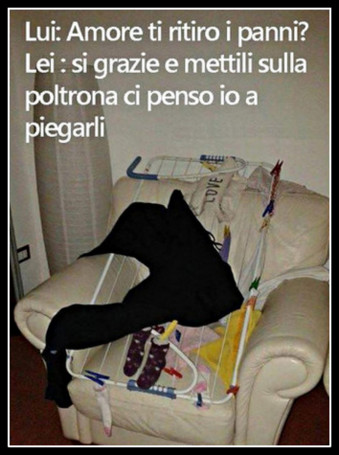 Him: Shall I bring the washing in love? Her: Yes please, and put it on the armchair, I’ll fold it. (I’ll take care of folding it)

Notice that when we use pensarci with the meaning of ‘to sort it out’ we also state the person who carries out the action:

Finally, let’s take a look at a paragraph from Serena’s recent blog Nella Piazza Del Paese which caused a bit of confusion:

A literal translation of this line would give us: “while to bring a bit of relief from the heat, the Ape Car transformed into an ice cream shop will sort it out”.

And here’s my translation from the same blog:  “while the Ape Car turned into an ice cream shop brings a bit of relief from the heat!” This demonstrates that it is not always necessary to translate pensarci literally as it is implicit within the context and can therefore be omitted in the English version.

Tags: Colloquial Italian, to sort it out in Italian