Son Tanto Brava Posted by Serena on Mar 5, 2015 in Uncategorized

Sunday the 8th of March will be La Festa della Donna (International Women’s Day), and I thought it would be nice to find a special poem for the occasion.

Searching through my poetry books and the internet for something appropriate I came across a short poem written by Sibilla Aleramo between 1912 and 1920, and I immediately realised that it was perfect, not only for what it describes but also because Sibilla’s personal life stands as a perfect symbol for La Festa della Donna. The poem is called Son Tanto Brava (I’m very good).

Sibilla Aleramo’s real name was Rina Faccio. Aged 15, Sibilla started working in the factory directed by her father in the small town of Civitanova Marche. At the age of only 16 she was forced by her family to marry a man who had raped her.

Sibilla found an escape from her unhappy life through writing reviews and social columns in feminist magazines. Between 1899 and 1901 she lived in Milano where her husband had moved for work, and whilst there she was offered directorship of a female magazine. However, forced by her husband to move back to Civitanova Marche, Sibilla fell into depression and eventually, after an attempted suicide, made the decision to abandon her violent husband and her adored son in order to save herself. 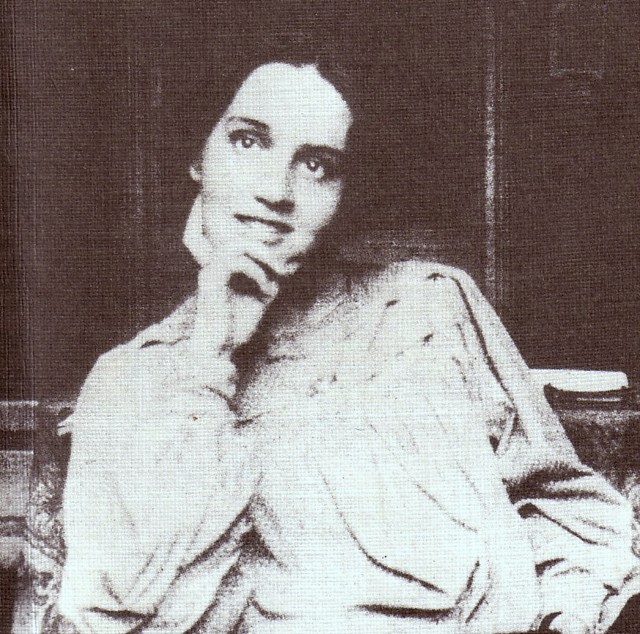 In 1902 she moved to Roma where she came into contact with many of the famous writers and intellectuals of the day. She was strongly involved in the feminist struggle and in 1906 she published her first book Una Donna (A Woman), an autobiographic novel. Sibilla Aleramo lived a full life and continued writing novels, poems and diaries until her death in 1960. Here is her poem ‘Son Tanto Brava’:

I’m very good during the day.
I understand, I accept, I don’t cry.
I almost learn to have pride
as if I were almost a man.
But, at the first shiver of purple in the sky
every daily support disappears.
You whisper to me from far away:
“Evening, evening sweet and mine!”
between my fingers I seem to have
the tiredness of the whole Earth.
I’m nothing else but gaze,
lost gaze, and veins.