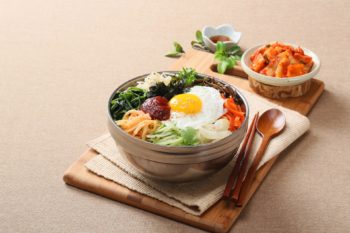 Image by changupn on Pixabay

Bibimbap lovers are all over the world. A Korean airline has been serving 비빔밥 as traditional Korean food on the airplane food menu since the 1990s. Hollywood star Gwyneth Paltrow is a big fan of 비빔밥. She once mentioned that 비빔밥 was one of her secrets to keeping her healthy and slender body.

Today, I would like to talk about what Bibimbop means to Koreans. 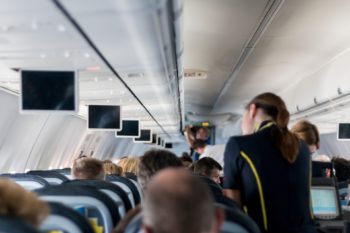 Image by lukasbieri on Pixabay

The word of 비빔밥 is comprised of two nouns, which are 비빔 (bi-bim: a noun of 비비다) and 밥 (bap: rice, meal). The first word 비빔 comes from a verb, 비비다 (bi-bi-dah: to mix, to rub). 밥 (bap: rice, meal) is a noun. It means a bowl of rice, which is mixed with other food ingredients and rubbed with 고추장 (go-chu-jang: Korean red pepper paste). My personal interpretation of 비빔밥 is a bowl of salad with rice. It is healthy and easy to make.

You might have seen such a scene if you are a fan of Korean TV shows: an actress, who gets stood up on a date, comes home angry. She directly goes to the kitchen and pours a lot of 고추장 (go-chu-jang: Korean red pepper paste) on top of white rice with a bunch of vegetables. It is certainly not uncommon 장면 (jang-myeon: a scene) in Korean dramas.

Bibimbap could be comfort food for Koreans. Koreans like spicy food and they will 공감하다 (gong-gam-hah-dah: sympathized with, empathized with) when some people choose spicy food as a way of releasing stress. Koreans also eat 비빔밥 when they 입맛이 없다 (it-maht-ee-up-dah: don’t have an appetite) or 무기력하다 (moo-gi-ryeok-hah-dah: feeling low or spiritless). Eating too spicy food could be bad for your stomach, but it certainly works for many Koreans. 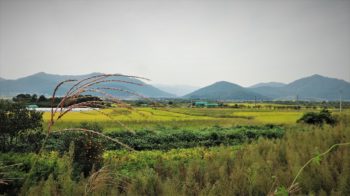 Image by Joshua_seajw92 on Pixabay

The history of 비빔밥 began with 품앗이 (pu-mah-si: exchange of labor, communal sharing of labor) in 농촌사회 (nong-hon-sah-hwei: farming village, rural society). In olden times, Koreans had a culture to exchange manual labor on farms. To save time and effort during lunch, each individual brought a part of 비빔밥 ingredients and put them together in a big pot to make 비빔밥 for lunch for the whole village people.

Some say that 비빔밥 started from 제사 (jae-sah: an ancestral rite, a memorial ceremony for ancestors). When Koreans have 제사, there is usually plenty of quality food such as meat, vegetables, fish, seasonal fruits, and so on. After the rite, Koreans end up having a lot of food. Therefore, they might have invented the idea of 비빔밥 to prevent wasting good food.

The principle of 비빔밥 is to reflect various flavors with different colored vegetables. 비빔밥 also mirrors each providence of authentic characteristics.

What did you think about the interesting history of 비빔밥? Every culture has its most loved food. Koreans love 비빕밥 and it has become one of the most loved healthy food in the world. If you haven’t had a chance to taste 비빔밥, let me share my favorite recipe below. I hope you enjoy the most loved Korean food.  (https://www.maangchi.com/recipe/bibimbap)