5 Dating Tips in Latin from the Roman Poet Ovid Posted by Brittany Britanniae on May 21, 2014 in Latin Language, Roman culture

So today, we are going to be exploring dating and courting as it would have been handled in Ancient Rome. However, it may surprise some of you to know that the standards of dating MAY not be that different from then and now.

The Roman poet Ovid wrote various works within his career, but none so insightful for the everyday person as his Ars Amatoria  (The Art of Love). The piece was written about 2 C.E.; however, much of the books’ advice and methods are still applicable to today. 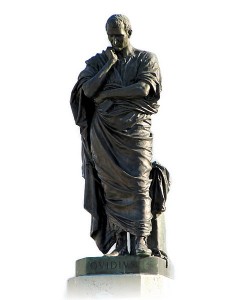 The Ars Amatoria was composed of several books; the first was to show a man how to find a woman. In the second book, Ovid shows how a man may keep her. Lastly, the third book (written two years after the first book was published) gives women advice on how to win and keep the love of a man.  He opens the third book with:

I have given weapons to the Greeks against the Amazons; the weapons
which remain I give to you, Penthesilea, and your crew.
Go as equals into war!

Ovid’s progressive attitude is both condemnable and humorous. The fact that he equates dating/courting to war and his advice to weapons is one in which most people can understand. Dating can be a dangerous tricky game.  Here are ten crucial pieces that I believe Ovid would agree are essential for dating (for either sex):

1. LOVE WON’T JUST HAPPEN; YOU NEED TO GO OUT AND FIND IT!

While you are still permitted, and you are able to go anywhere because you are not tied down,
Choose someone! and say to your chosen: ‘You alone are perfect (suitable) for me.’
This woman will not come having fallen to you through thin airs:
You must look with your eyes for a suitable girl.

2. YOU PROBABLY WON’T FIND MR./MS. RIGHT AT THE CLUB; ALCOHOL & LOW LIGHTING ARE NOT YOUR FRIENDS 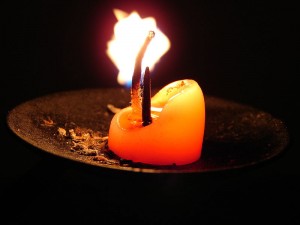 And Love in wine becomes a fire within a fire*
On this occasion, don’t you trust deceptive candle light too much
Nighttime darkness and wine harm your decision making and standards

*[Love/Lust is already passionate and fiery; wine will just add fuel to the fire.]

3. LOVE IS A MARATHON NOT A SPRINT:SOMETIMES FRIENDSHIP LEADS TO LOVE

It is necessary not to always be asking for the hope of love*
Let love appear disguised by the name of friendship
With this entrance (friendship), I have seen the surrendering words of fierce women
This (friendship)which has been the cultivator, a lover was made.

4. KEEPING UP APPEARANCES & PLAYING TO YOUR STRENGTHS

The thing which I was nearly going to say:
[address] the odor in your armpit so that it does not go rancid
and your legs so they are not rough with hair.
With little gesture make, whenever she may speak
the woman who will have fat fingers and dirty nails.
And to the woman whose breath of her mouth is burdensome, never speak hungry
and always keep some distance away from your lover’s mouth.
If you’re teeth are blackened, large, or not in line
from birth, you will carry the greatest error by laughing.

[ See to it that..]He is well-composed, and the toga without a stain.
That the tongue not be unbending, and that your teeth be without tartar,
Nor let your foot swim about while walking in a loose shoe(s).
Don’t let a hair-cut badly fashion your stiff hair;
Let your hair and your beard be trimmed by a familiar hand.
And that it doesn’t stick up too much, and that your nails are without dirt.
And no hairs stand out in the cavities from the nostril.
Nor let the breath of your sad mouth be badly scented,
Nor [smelling] as a man or billy-goat annoy nostils.

5. AVOID THOSE WHO DO NOT WANT THE SAME TYPE OF RELATIONSHIP AS YOU 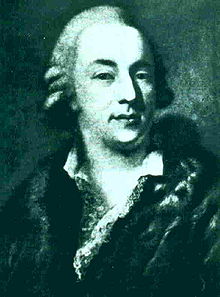 Portrait of Casanova by Alessandro Longhi. Courtesy of WikiCommons, Public Domain, and Fang2415.

Avoid those men who swears by looks and culture,
who keeps their hair carefully in place.
The things they tell to you they’ve told a thousand girls:
their love wanders and lingers in no one place.