Being an Actor in Ancient Rome Posted by Brittany Britanniae on Sep 20, 2016 in Roman culture, Uncategorized

Salvete Omnes! After the Emmy’s this weekend, where we have seen actors and actresses honored and pampered, so we’re gonna be looking at the life of actors in Ancient Rome and just how different it was for them. 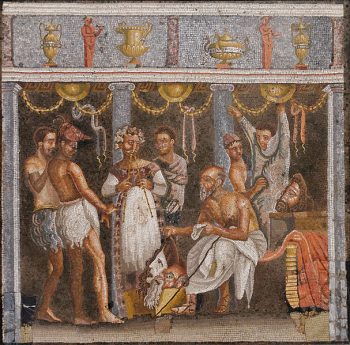 Ancient Roman plays were almost always performed during ludi (“games”). Because the Ancient Romans did not have weekends for times for relaxation or merriment games and festivals were the opportunities for them to relax and enjoy festivities, including the art of theater. Actors would perform tragedies and comedies for crowds along with music in the background, creating a lively and enthralling scene. 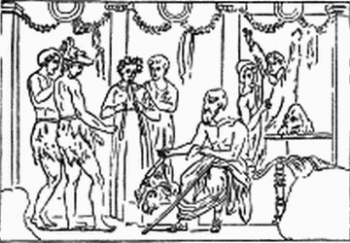 However, instead of honoring and respecting actors as the Greeks had, the Romans had a very different opinion of the acting profession.  It might be difficult to imagine how Roman society, infamous for its indulgence and extravagance, would find a single profession as morally unsavory. Actors, in Roman society, were considered to hold a lower, dangerous status and were often avoided. 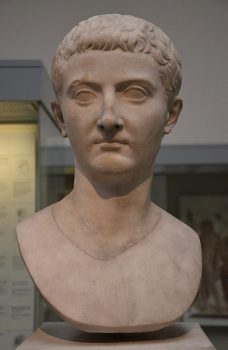 Marble head of the a young Tiberius. Italy, AD 4 – 14. (Courtesy of Wikimedia Commons)

Ironically, the emperor Tiberius, definitely not a man known for his chaste nature, once urged those of high society and actors to avoid interacting with one another. Julian the Apostate would later prohibit pagan priests from attending theater so that the theater and actors did not receive any elevation in status because of their attendance. 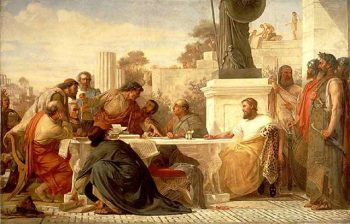 Edward Armitage – Julian the Apostate presiding at a conference of sectarian – 1875. Courtesy of Wikimedia Commons.

Actors were often born into the profession, as was typical in Roman society where children usually took up the profession of their parents.  The profession, however, was a very interesting one to take up. Actors, probably adding to their bad reputation, had license to behave very badly on stage and even mock politics.

If you’re familiar with the history of theatre in Europe these trends and patterns might seem familiar. Another trend was the avoidance of casting women in plays. In the early Republic, women did not work as actresses. However, in time, women took to the stage. One actress, Acte, even went on to win the favor of the emperor Nero and became one of his favorite concubines, proving that the place of actors and actresses in society was a strangely volatile one.

For all of this consideration given to the Ancient Roman actor, there were generally no permanent theaters in Rome where actors would perform until 55 B.C.E. This was because it was a common opinion that spending too much time at the theater was detrimental to a populace’s character.

Before there were permanent theaters there were only a few requirements for a performance: a place for the audience to sit or stand (cavea) and a place for the actors to perform (scaena). The stage consisted of a backdrop (scaenae frons) and an acting space in front of the backdrop (proscaenium).

Here’s a handy picture labeling each part as they were reincorporated into permanent theaters! 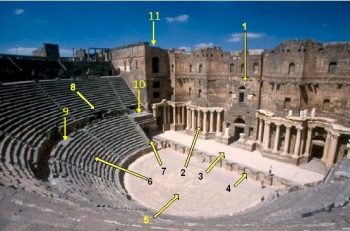 Actors would often use temples for a stage. The tall steps of the temple would serve as chairs for the audience that would give them equal opportunity to see the play. 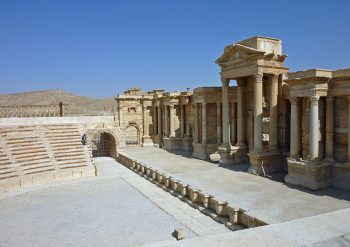 Stage of the Ancient Roman theatre of Palmura, Syria. (Courtesy of Wikimedia Commons)

However, as the Republic grew new and various forms of theaters and amphitheaters that featured the growing variety of entertainers that were considered a part of the drama and theatrical groups:

Entertainment and drama were adored in Ancient Rome, but the performers of these entertaining feats were often belittled by higher society or perceived as morally unclean. Interestingly, this is a pattern of thought that continued in Europe for centuries and there may even be some traces of these sentiments in today’s society. Its always interesting for a historian to see how the past reflects the future.