Uses of Roman Numerals Posted by Brittany Britanniae on May 28, 2020 in Latin Language, Roman culture

So when are these fancy numbers used?

Religious Settings: Does that say XL or Forty? 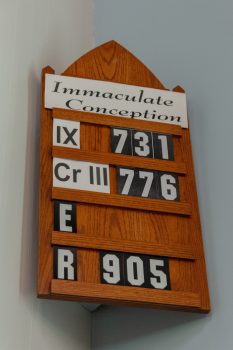 Roman numerals are often used for the numbered books of the Bible. For example, Paul’s First Epistle to the Corinthians may be written as “I Corinthians”, using the Roman numeral “I” rather than the Arabic numeral “1”. This is not true for all bible verse citation or for other religious matters, but it does explain some basic reasons. Furthermore, for Christianity and Catholicism, Latin was a major language for the religion and to spread the gospel – so why wouldn’t Roman numerals continue too?

SuperBowl Games: Why use the antiquated Roman Numerals for an American Game? 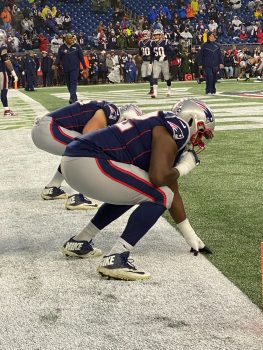 the Super Bowl—is played in the year following a chronologically recorded season. Back in 2014, the NFL announced Super Bowl 50 would be displayed with Arabic numerals instead of Roman numerals. OH NO CHANGE!It was a one-year exception because the league simply didn’t like seeing the L stand alone in the logo

“When we developed the Super Bowl XL logo, that was the first time we looked at the letter L,” NFL vice president of brand and creative Jaime Weston said at the time. “Up until that point, we had only worked with X’s, V’s and I’s. And, at that moment, that’s when we started to wonder: What will happen when we get to 50?”

The league returned to Roman numerals for Super Bowl 51 (LI). Eventually, numerals I through IV were added later for the first four Super Bowls.

Clocks: Why IIII was adopted over IV for four

Expressed as Roman numerals, the first twelve numbers are usually given as I, II, III, IV, V, VI, VII, VIII, IX, X, XI, XII (as illustrated above). However, on many clock faces, when the numbers on the dial are in Roman numerals, IIII replaces IV. 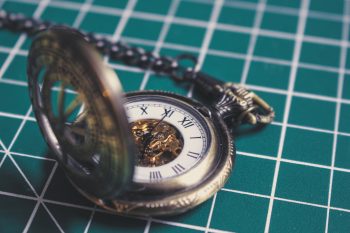 The first mechanical clocks were created in Europe during the 13th century at a time when Roman numerals were still in use – in addition to that, most clocks were mounted on churches, and Latin was the official Catholic language. It thus makes sense for most of the ancient clocks to feature Roman numerals on their dials.

One of the reasons why IIII was used at that time could be explained by Roman mythology. Back then, Rome’s supreme deity was Jupiter,  god of the sky and thunder and king of the gods in Ancient Roman religion. In Latin, Jupiter was spelled IVPPITER. As you don’t mess with gods, Romans might have felt hesitant to engrave part of their supreme deity’s name on a sundial or printed in books. This is why the number IIII, even though inconvenient, might have been preferred over IV.

Books: Why are there something tiny Roman Numerals in my books?

A book’s “front matter” (more usually “prelims”) are traditionally numbered in lowercase Roman numerals. There is no consistent system among publishers, and some leave the front matter unnumbered.

Ordering of the prelims may vary from work to work, but most usually are:— 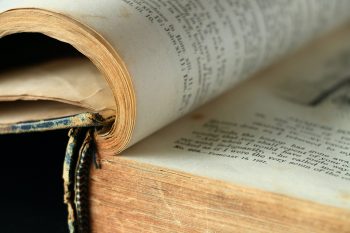 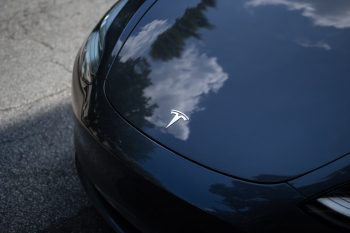 Roman numeral suffixes can be used to name after other family members like an uncle, cousin, or ancestor (including grandfather). The suffix III is used after either Jr or II and, like subsequent numeric suffixes. Here is an example: When a man is named after his father who is a “Jr.,” he is called “the third or III” once written with either the numeric 3rd or the Roman numeral III, but now the latter is used almost exclusively. A man named after his grandfather, uncle, or cousin uses the suffix II, “the second.” This latter point may take up some contest among purists if II, III, IV can only pass from father to son instead of male family member to male family member.

Then the is the whole debacle about Elon Musk’s child’s name: X Æ A-12 Musk which has now changed due to California name laws to X Æ A-Xii Musk.