Feeling Bored in Norwegian Posted by Bjørn A. Bojesen on Jul 21, 2018 in Uncategorized 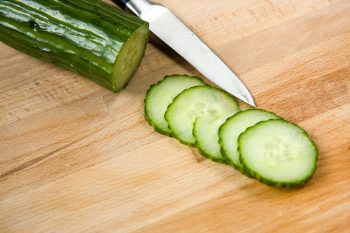 When it’s agurktid (cucumber time), the Norwegian newspapers have nothing to write about (except cucumbers?) [Free photo from Pixabay; no copyright.]

Kjedelig! (Boring!) Late summer is a time when some people start to get bored – kids are tired of their parents dragging them through verden (the world) on a busy sommerferie (summer holiday) and just want to go hjem [yem] (home), while the adults maybe have started longing for their quiet kontor [konTOHR] (office)! 🙂 Let’s keep the worst apati [apaTEE] at bay by taking a look at boredom in Norwegian!

Kjedelig is the common word for ’boring’, and funnily, if you’re a language lover, the word isn’t that dull… First and foremost, it starts with the famous Norwegian kj- sound. It’s similar to the ch sound of the German word ich (as in Kennedy’s famous line Ich bin ein Berliner). If you’re familiar with British English, the first sound of huge (”hyuge”) is pretty close as well. The word kjedelig can be both an adverb and an adjective. When it’s an adjective, it of course gets the -e ending in the plural: Jeg er så lei av nyhetene, de er så kjedelige! (I’m so tired of the news, they’re so boring!)

Gjesp! [Yesp!] (Yawn!) To tell your Norwegian friends you’re bored, ’I bore myself’ is the expression to use (but do take care that you don’t end up being a bore to the others!): Jeg kjeder meg. And if you’re worried about your friend sitting too long i sola (in the sun) saying nothing, perhaps you can ask Kjeder du deg? (’Do you bore yourself’ = Are you bored?)

Yes, å kjede seg (’to bore onself’ = to be bored) is a reflexive verb in Norwegian. That means, you’d also say hun kjeder seg (she…), vi kjeder oss (we…), kjeder dere dere? (are you guys feeling bored?) Sure, you can also use the verb å kjede about being boring to someone else, but that’s not so normal. 🙂 Gå vekk, du kjeder meg! (Go away, you bore me!) is something a princess would say to a boring frier (suitor) in an eventyr (fairy-tale). 🙂