Say hello to Norway’s Nessie! Posted by Bjørn A. Bojesen on Jun 9, 2015 in Holidays, Nature 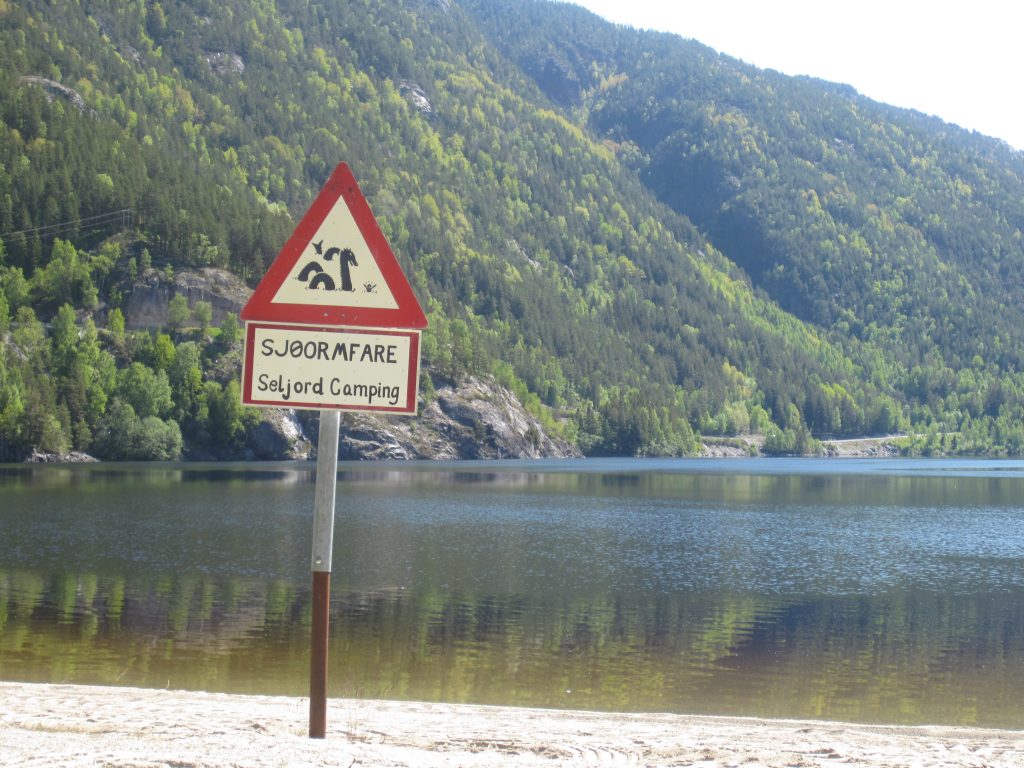 Alle kjenner (everybody knows) Nessie – the Scottish lake monster from Loch Ness. But did you know Norway has its own sjøorm [shuh-ohrm] (”sea worm”)? I recently was lucky enough to … well, see innsjøen (the lake) where it’s supposed to live! 🙂

Telemark fylke (county) is a beautiful and varied place in the summer season, full of blomster (flowers). It’s less mountainous than Western Norway, and much less populous than the Oslo area, so of course people from hovedstaden (the capital) and other nearby cities come here to camp, play sports, (wait for the sun to appear to they can) sunbathe and swim in innsjøene or at the short coastline. For some reason, noone was swimming in Seljordsvatnet (the Seljord ”water”) when two family members and I were passing by…

There are many accounts of a huge orm (worm) living in the narrow lake next to the town of Seljord in central Telemark. Some people even claim to have taken foto (photos) of Seljordsormen (the Seljord worm), or Selma, as the beloved mythical beast is also called! (Well, the ones I’ve seen look more like bølger – waves – but who knows!) 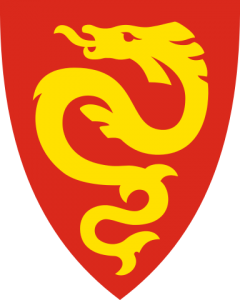 Selma on the arms of Seljord. (Drawing from Wikimedia Commons, CC License.)

Even prominent people, such as former mayor Solveig Sundbø Abrahamsen, claim to have seen Seljord’s number one unseen tourist attraction. Maybe that’s why ormen is featured in the kommunevåpen (town arms).

Sola var varm (the sun was hot) above the lake when we were there, and to our great delight there was a skilt [sheelt] (sign) pointing to a sjøormtårn (sea worm tower) – built of wood next to the water just like a fugletårn (bird hide, literally ”bird tower”)!

Unfortunately, the worm was too shy to reveal itself to alle turistene på stranda (all the tourists at the beach). If you ever go there, bring a kikkert (binoculars) and et åpent sinn (an open mind). And oh, don’t rush it like we did. Sjøormer certainly seem to be creatures that take their time!

(Next week we’ll be looking at some phrases that might be more ”everyday-ish”, so stay tuned!)