77th anniversary of the Warsaw Uprising Posted by Kasia on Aug 2, 2021 in History, Holidays

5pm was a very important time in Warsaw, Poland. Today is 77th Anniversary of the Warsaw Uprising (Powstanie Warszawskie). 5pm was W Hour (Godzina W), when Warsaw remembered the heroes who fought against nazis during the Warsaw Uprising. 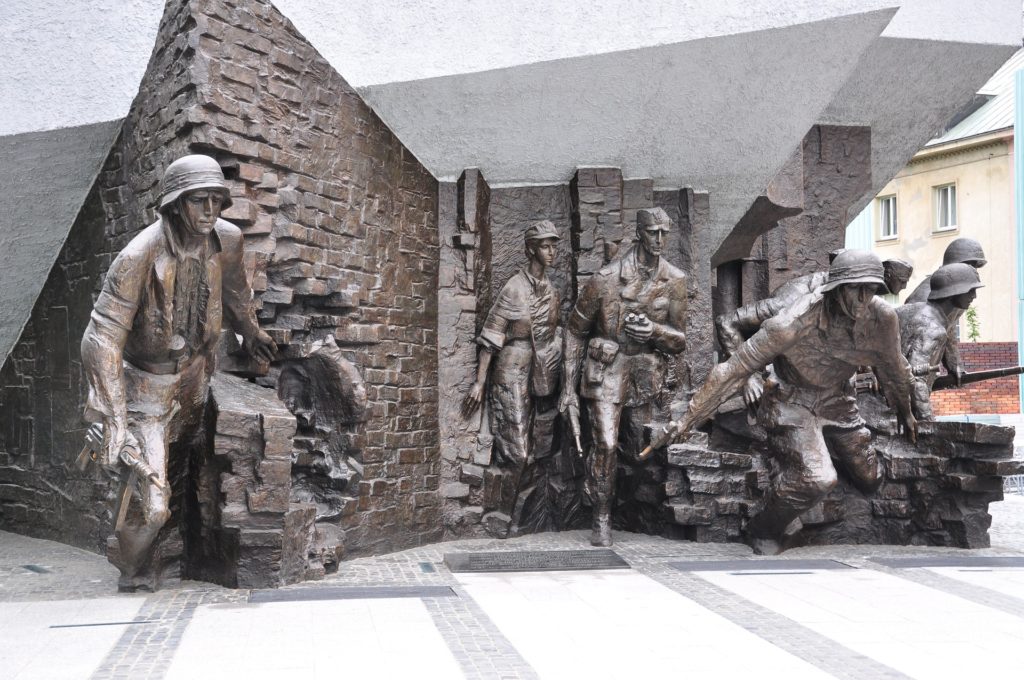 As you know, on this day, 77 years ago, at 5pm the Warsaw Uprising began. The Polish Home Army (Armia Krajowa, AK), the dominant force in the Polish resistance fought against the nazis from this date untill October 2nd 1944, and the total defeat of the Home Army by the Nazis Forces.

2 months later almost all Warsaw was destroyed, so many resistants and civilians were killed, and after 2 months nazis forces finally left the city.

If you didn’t know it, every year, people in Warsaw gather in several parts of the capital to celebrate the heroes of the uprising.

Flowers (kwiaty) were laid at the building on Warsaw’s Filtrowa St on Sunday, where on July 31, 1944, the commander of the Warsaw Division of the Home Army, Antoni Chruściel, signed the order to start the Warsaw Uprising.

The uprising, which lasted 63 days, was the largest military effort of any European resistance against Nazi Germany. I have heard a lot of stories about the uprising from my grandfather and I witness a lot of uprising anniversaries myself.

Take a look at one of the oder posts where I mentioned books where you can read more about the uprising.