Not so Miserable Mizeria Posted by Anna on Aug 23, 2009 in Culture

I was talking about my favorite Polish dishes the other day, and while all I could think of was “yummy” and “I’m so hungry right now”, the comment my friend made was “that name sounds absolutely miserable.”

Of course, she was referring to “mizeria”, which is definitely, hands down my most favorite Polish thing to eat. Yes, I know it’s just a side dish, but if I had my way, I’d eat it as a main course with a bit of potatoes and a slice of protein as side dishes.

Actually, until it was pointed out to me, I’ve never really made the connection between “mizeria” the food and “mizerny” the adjective. 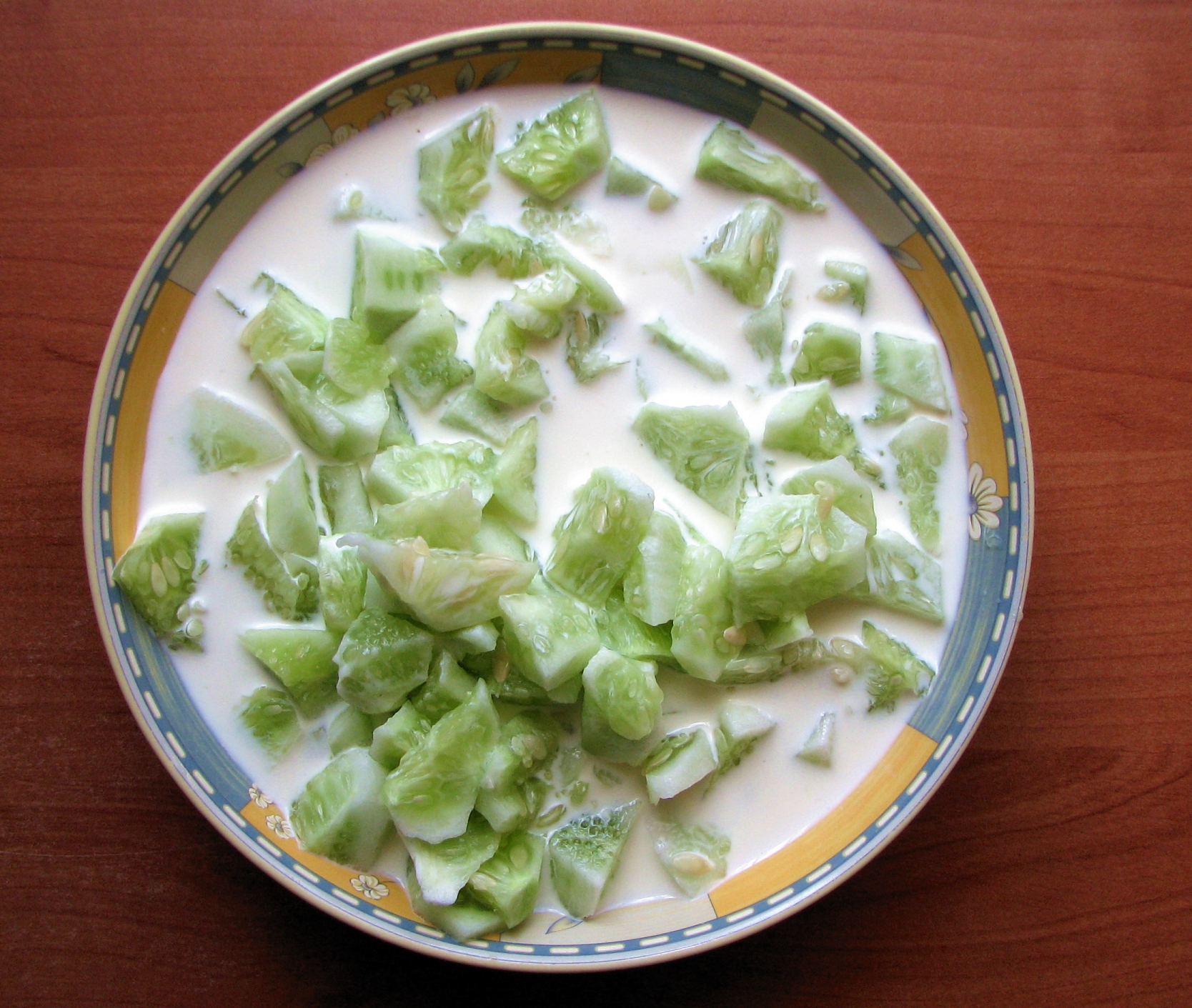 Mizeria can also be a synonym for “bieda” or “ubóstwo” (poverty). But if you hear an average Pole talk about mizeria, I guarantee you they’re talking about their favorite cucumber salad.

Because that’s what common mizeria is: cucumber slices in sour cream. With a bit of sugar, salt, pepper and dill.

Apparently, the name of the dish actually derives from the poverty of peasants back in the olden days. (hmmm… if they were so poor, then where did they get sugar and sour cream from?) But trust me, the dish itself is anything but miserable.

I don’t think there is a recipe for it. You just slice some cucumbers, mix some sour cream (I like my sour cream a bit runny) with a dash of sugar, salt, and pepper, pour over the cucumber slices, add some fresh green dill, chill it for a couple of hours and it’s ready. You can add a bit of vinegar to if you like your mizeria a little more sour.

The essential ingredient is sugar. This dish is all about being both sweet and sour and crunchy. But sadly, this is the part that many Polish-Americans forget about. I was once served mizeria (in NJ) with just plain, unflavored sour cream. Bleh… It was awful and totally miserable. Everybody knew it was awful, but still, they ate it, because to them it was a traditional Polish dish, and we all know how much Poles love their traditions.

Other Polish foods that I can’t live without are: ogórki kiszone (pickles), kapuśniak (cabbage soup), and galaretka (yes, the savory kind).
How about you? What are some of your Polish favorites?

PS> And does anyone know how to make proper ogórki kiszone from scratch?

image: wikipedia (because my mizeria never lasts long enough to take a photo).