World AIDS (Acquired Immune Deficiency Syndrome – Zespół Nabytego Niedoboru Odporności) Day is held on December 1st each year and is an opportunity for people worldwide to unite in the fight against HIV, show their support for people living with HIV and to commemorate people who have died. World AIDS Day was the first ever global health day and the first one was held in 1988.

Today, many scientific advances have been made in HIV treatment, there are laws to protect people living with HIV and we understand so much more about the condition. But despite this, people do not know the facts about how to protect themselves and others from HIV, and stigma and discrimination remain a reality for many people living with HIV. World AIDS Day is important as it reminds the public and Government that HIV has not gone away – there is still a vital need to raise money, increase awareness, fight prejudice and improve education (zebrać pieniądze, zwiększyć świadomość, walczyć z uprzedzeniami i poprawić edukację). 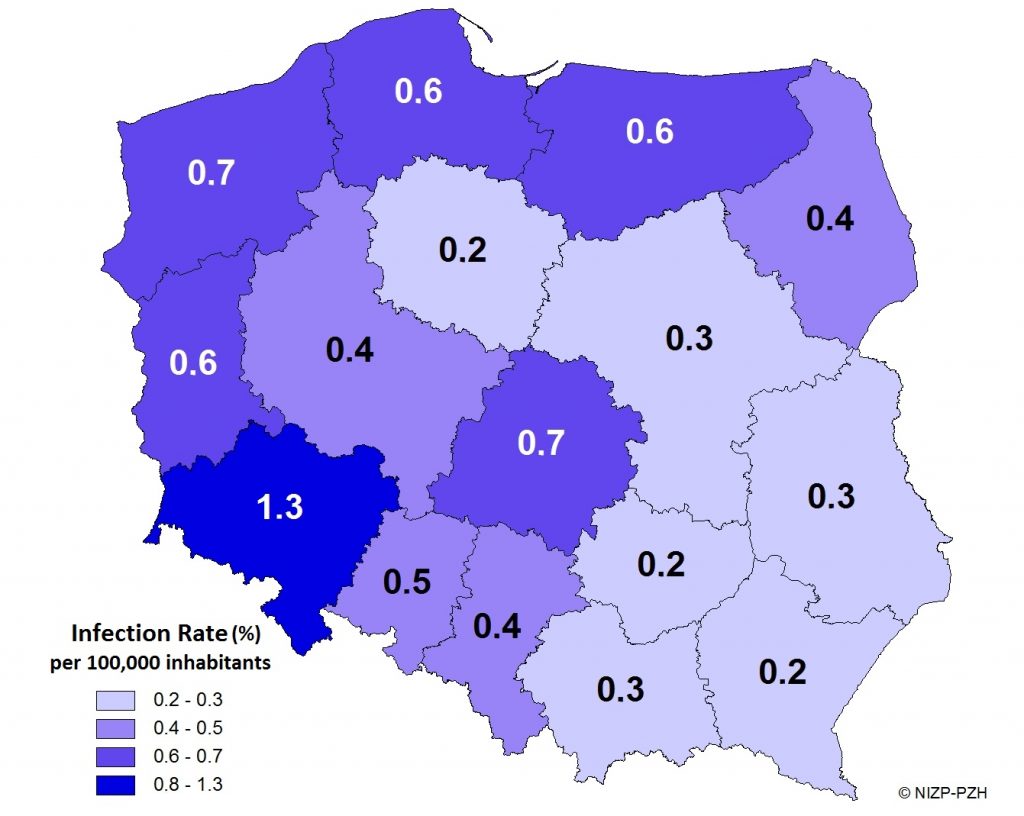 According to the National Institute of Public Health (Narodowy Instytut Zdrowia Publicznego), in September there were nine AIDS infections and 119 HIV infections in Poland. The worst affected was the Mazowsze region. Globally as many as 35 million people live with AIDS, with 1.5 million succumbing to the disease in 2013. In Poland 35,000 are estimated to have the HIV virus.
Although World AIDS Day is a great opportunity to get the public talking about HIV and fundraise, we need to remember the importance of raising awareness of HIV all year round!