Bom dia, amigos leitores! Good morning, dear readers! Today we are going to move on with our series of articles that unveil the different estados (states) that make up Brazil, talking a little about culture, history and attractions for those of you who want to viajar (travel) or are just curious about our Brazilian plurality. In today’s text, we will cover Minas Gerais, a state of major importance (and not just because it is where I came from!), known for its natural and gastronomic riches, its welcoming and quiet povo (people), but also for its amazing cultural history. 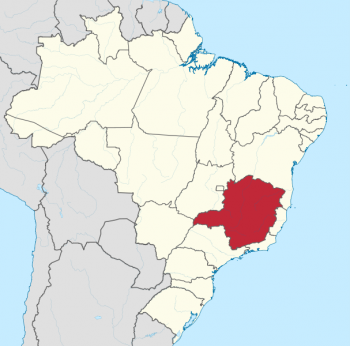 Minas Gerais is located in the part of Brazil that, together with the states of Espírito Santo, Rio de Janeiro and São Paulo, form the região sudeste (southeast region) of the country. Its paisagem (landscape) features several cachoeiras (waterfalls), but the montanhas (mountains) are the true eye-catchers. From a distance, they might look like ondas (waves) in the ocean, so it is common to hear that these are “mares de morros” (seas of hills). With a territory slightly maior (larger) than France, this is the state with the greatest number of municipalities in Brazil, and Belo Horizonte is its capital. In addition, Minas Gerais played a very important papel (role) in Brazilian colonial history.

This is where several precious metal deposits have been found, such as ouro (gold), prata (silver), diamonds and emeralds. Hence, its name derives from the abundance of these materials, as Minas Gerais means the place where every kind of precious mineral is. The richness of this region mobilized a sort of gold rush and mass migration to the area since the 17th century, when adventurers from Brazil and the world sought to earn an easy income from mineração (mining). It was in this context that several of its cidades (cities) were built and today are cultural and historical patrimônio (heritage) of Brazil, such as Ouro Preto, Mariana, Tiradentes and Diamantina.

But besides its rich passado (past) preserved in the cities’ architecture, Minas Gerais is also a conhecido (well-known) tourist destination for those who love to comer bem (eat wel)l. Mineiros e mineiras, as the natives from this state are called, have a strong tradition of wholesome comida caseira (home-cooking) that is always served in abundance to their convidados (guests). 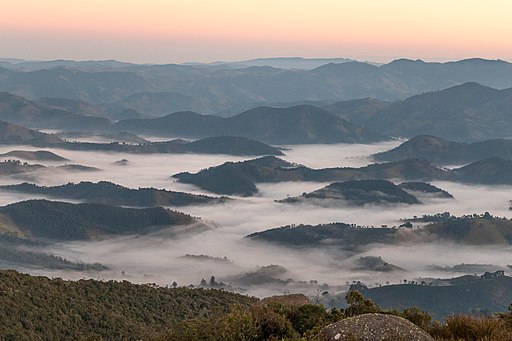 Packed full of fazendas (farms) and small rural properties, Minas Gerais products are known to be always frescos (fresh) and, although traditional pratos (dishes) vary according to the region, what predominates throughout the territory are the most diverse types of queijos (cheese), cachaça and carne (meat). Have you heard of our famous pão de queijo (cheesy bread) or feijão tropeiro? Be aware that it was in Minas Gerais that these Brazilian delicacies were born. Be sure to experimentá-las (try them out) at the first opportunity!

It is also worth mentioning that Minas Gerais is home to Inhotim, the largest museu a céu aberto (open-air museum) in Latin America, located just 60 kilometers from the capital Belo Horizonte. Read here our text entirely dedicated to this breathtaking Brazilian institution.

We hope you enjoyed our text about Minas Gerais. If you have ever visited this state, be sure to comment on what you liked most about it.

Want to learn more about it? Here a some related posts!: