Saudações a todos os leitores! Greetings to all readers! Como foram de virada? How was New Year’s? Ano passado (last year) we highlighted the main events that took place in Brazil in 2019. What else can you remember? Have you been keeping up with the notícias (news)? Let’s move on to the second installment in our retrospective series and check it out!

Brazil kicked off the último mês (last month) of the year with another tragedy. In the madrugada (early hours) of December 1, uma confusão (a riot) that broke out at a funk ball in the Paraisópolis favela (slum) in Sao Paulo ended with nine mortos (dead), aged 14 to 23, and 12 feridos (injured). The police version states that the turmoil was triggered by criminals who atiraram (shot) the military and then mingled with party goers to protect themselves is questioned by testemunhas (witnesses) and relatives of the victims. Their own version is that police closed down streets and came shooting with firearms and rubber guns, which caused a correria e o pisoteamento (the stampede and trampling). There are also videos of police agressões (assaults) on people who were already immobilized. More than 5,000 people attended the baile (ball) that day.

Catholicism is the most popular religion in Brazil: around 60% of the population claim to practice it. Many people were emocionadas (thrilled), therefore, when on October 13 the Bahian freira (nun) Irmã Dulce was canonizada (canonized) in the Vatican and then became Santa Dulce dos Pobres (Saint Dulce of the Poor). Although there have been other religious figures who worked in the country and were canonized, Santa Dulce dos Pobres is the first saint nascida (born) in Brazil. Because of the trabalho social (social work) she performed for the poor and necessitados (needy), she is popularly known as the Anjo Bom (Good Angel) of Bahia. Irmã (Sister) Dulce was canonized by the Catholic Church 27 years after her death in 1992. It is the third fastest sanctification in history, right after Pope John Paul II and Mother Teresa of Calcutta.  Catholic or not, we should all be orgulhosos (proud). 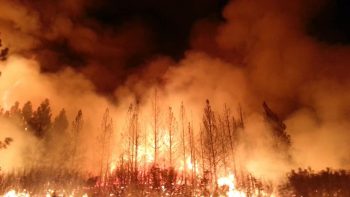 Unfortunately, incêndios (wildfires) often happen in Brazil, including the Amazon. In 2019, however, the number of fire outbreaks aumentou (increased) sharply, raising concerns about biodiversity and a saúde (the health) of the region’s population. The queimadas (fires) gained more repercussions on August 19, when uma nuvem de fumaça (plumes of smoke) from the fires escureceu (darkened) Brazilian cities in the Southeast and South during the day. To get a sense of the extent of this problem, São Paulo, one of the cities where smoke could be observed, is more than 2,700 km away from the Amazon region (roughly the distance from Portugal to Austria). Data on the fires and desmatamento (deforestation) somehow led to political conflicts, such as the questioning of this increase by members of the federal governo (government), the director of the National Institute for Space Research layoff, and friction with authorities from other countries, especially France. 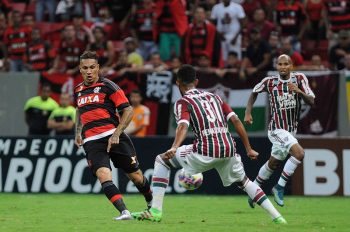 But this holiday season brought nothing but alegria (joy) for Flamengo, which has the largest torcida (fan base) in Brazil. Pesquisas (survey) shows that 1 in 5 Brazilians torcem para (support) the team. In late November, Flamengo ganhou (won) the cup in the Libertadores de América championship. The next day, without entrar em campo (going on field), Palmeiras’ derrota (defeat) to Grêmio 2-1, eventually elevated the team as campeões (champion) of the Brazilian Championship, which officially ended on December 8, in its 38th round. It was the first team since 1963 to win Nacional and Libertadores in the same year, something that had only happened once, with Pelé. In December Flamengo still played in the Club World Cup. Although they ficaram com o vice-campeonato (were the runner-ups) for this one, it earned the respect and affection from the fans either way, who took great pride in the team’s performance in 2019.

What else do you think were major events for the past year? Vamos ver o que nos aguarda para 2020. Let’s see what the future holds for 2020.