Boa noite, caros leitores! Good evening, dear readers! Como foi o ano de vocês? How has your year been? The Brazilian people are known for their joy, but in 2019 this character trait was put to the test. This is mostly due to the fact that it has been quite a tough year, with a range of unfortunate events. The population faces to the end of the year approaching with the hope that 2020 might bring some positive surprises. So how about we go over the main events of 2019? 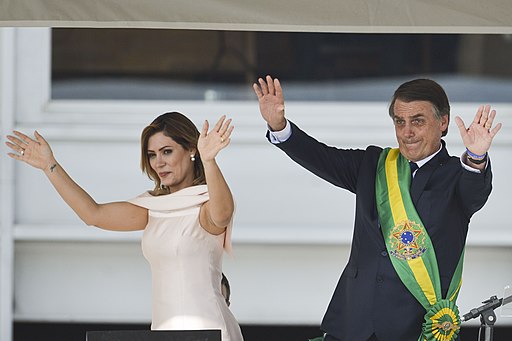 In 2018, state and federal elections were held. 2019 therefore began with the posse (inauguration) of elected representatives in those spheres. The most relevant issue on the primeiro dia do ano (first day of the year) was, of course, the inauguration of Brazil’s atual (current) commander-in-chief, Jair Bolsonaro. The two top discussed topics of the day were the imprensa (press) restrictions – with whom Bolsonaro has been having ongoing conflict throughout the year – and the discurso (speech) of his wife, the primeira-dama (first lady) Michelle Bolsonaro, in Libras (Brazilian Sign Language). 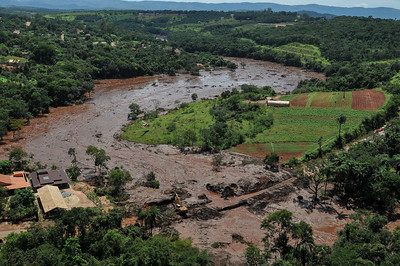 Still in janeiro (January), Brazilians had to deal with what can now be decisively considered the most shocking tragedy of the year. On the 25th, uma barragem (a dam) from a mineradora (a mining company) Vale rompeu (broke) in Brumadinho, a town around the metropolitan region of Belo Horizonte, state of Minas Gerais. As a result, there were 257 mortos (dead). And bombeiros (firefighters) are still working even today to search for 13 pessoas desaparecidas (missing people). Unforgettable losses of an unforgivable accident.  Leia mais (read more) about the causes leading up to it and its consequences on this previous post: 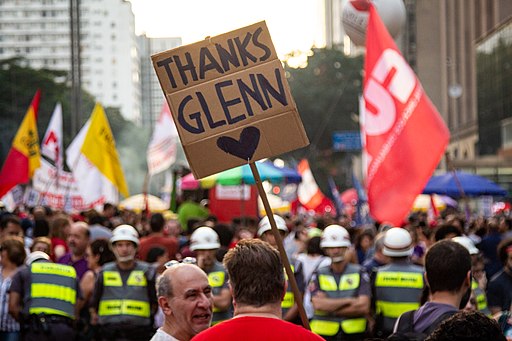 In junho (June), promoter Deltan Dallagnol’s Telegram app conversation history vazou (leaked) and was divulgada (released) by the press. Dallagnol happens to be the former juiz (judge) and current ministro da justiça (justice minister) Sergio Moro and other members of Operation Lava Jato (Operation Car Wash), a set of investigations led by the Brazilian Federal Police to investigate corruption. The name “Vaza Jato” (car leak) refers to Lava Jato and also to the fact that the conversations were unlawfully disclosed (thus leaked) by an alleged hacker. The Intercept Brazil website, founded by US journalist Glenn Greenwald, started publishing these conversations, which raised a series of questions about the legality of the actions taken under the Lava Jato, especially regarding the prisão (arrest) of former President Lula in 2018. The complaint is that there was a political use of justiça (justice). What are your thoughts on that?

So, what else can you remember from this year’s events? Semana que vem tem mais! More to come next week! Um feliz 2020! Have a great 2020!