Guest Post: Gary Mei on His First Trip to Russia Posted by Maria on Oct 11, 2018 in Uncategorized

For this installment in our first time in Russia series, software developer Gary Mei (Rochester, New York) talks about his recent trip. 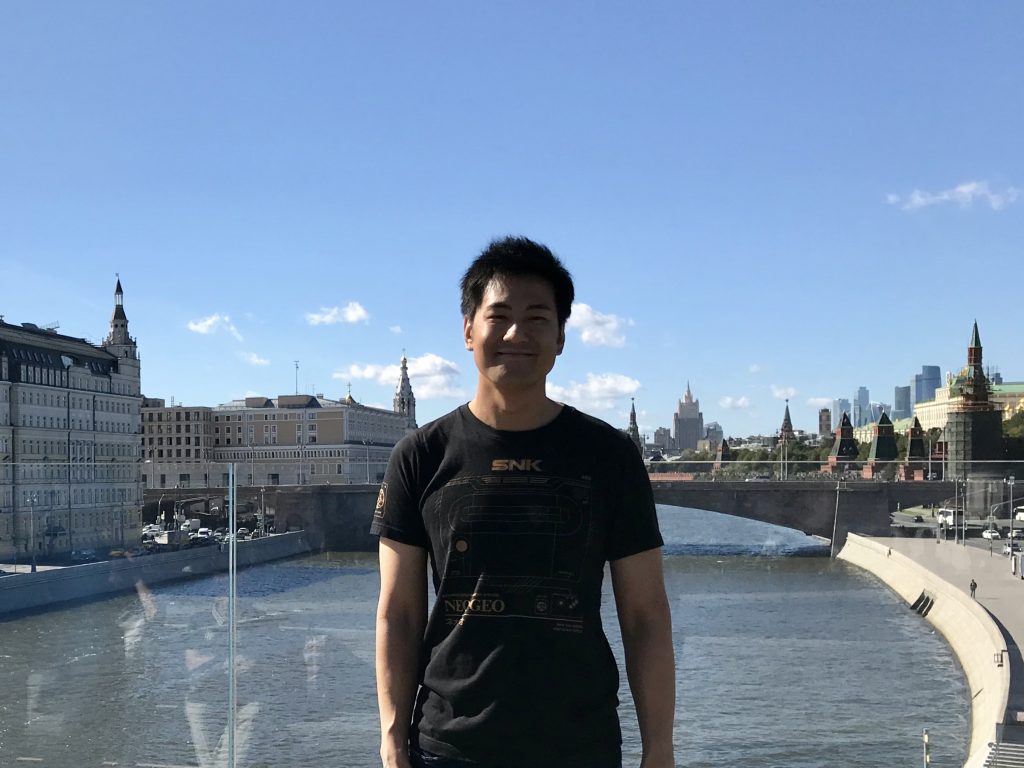 The author in Moscow//Image courtesy of Gary Mei

I visited Russia with my wife for two weeks at the start of September 2018. We flew into St. Petersburg (Санкт-Петербу́рг), explored smaller towns as we traveled south, and flew out of Moscow (Москва́).

We stayed in some off-prime areas with sparsely lit streets in St. Petersburg and Moscow, so I was worried at first, as I would be when visiting any unfamiliar area at night, but I figured it was safe when I spotted the occasional jogger or person walking their baby or dog.

Overall, I felt as safe as I would feel in any European city, even when we got lost and had to take some residential paths and back-alleys. Russian cities appeared to have a strong police presence, as well.

We encountered some hostility from locals when we didn’t understand the language, but as a New Yorker, I felt it was standard defensiveness and not wanting to deal with people in general, as opposed to outright hostility towards foreigners (иностранцы).

I did have some moments where being Asian didn’t help. For example, I got stopped for backpack scans whenever I entered the St. Petersburg subway (метро́). Also, we visited a food market (ры́нок) with a tour group, and the vendors were were trying to get the attention of Americans by yelling “Johnny! Johnny!” and when they spotted me, they yelled “Jackie!” Yup. 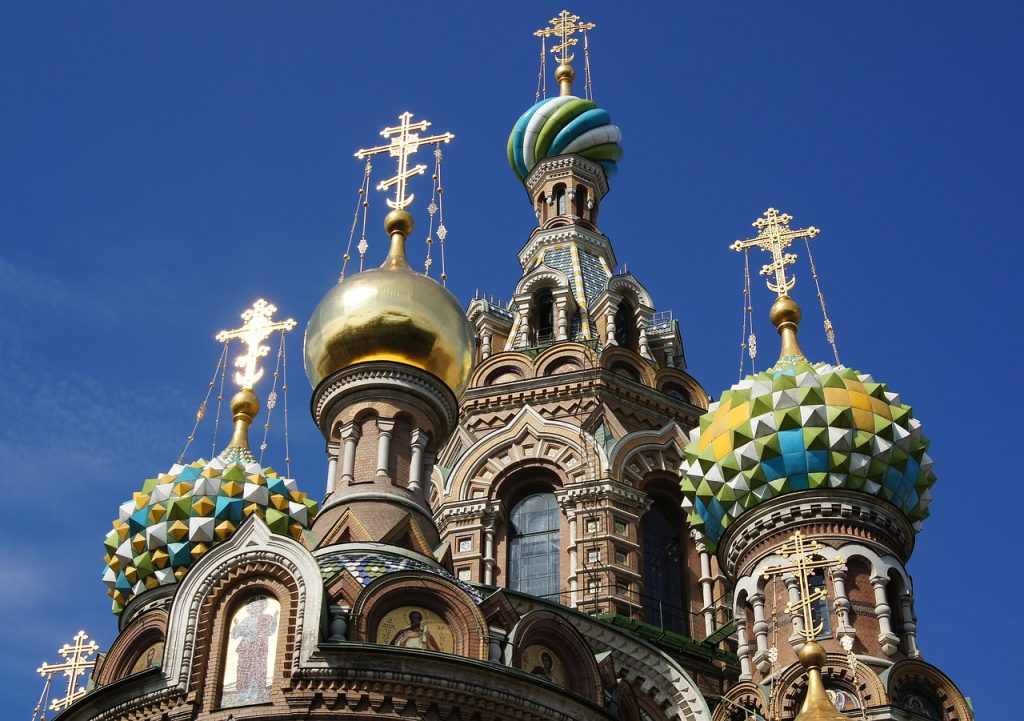 Church of the Savior on Pilled Blood//Image via Pixabay

We didn’t have any incidents personally, but I did overhear discussion of an active pickpocket while outside of the Church of the Savior on Spilled Blood (Собо́р Спа́са на Крови́) in St. Petersburg. For our first trip to Europe, we had read about pickpockets (карма́нники) and scammers (моше́нники), and were warned about pickpockets in Russia among the crowds, especially in tourist areas and even inside museums (музе́и). From that first European trip, we have pouches that are worn under our clothes, but I never felt a need to wear mine while in Russia.

I made sure to carry my wallet in my front pocket, but I do that anyway. We also avoided taking our passports out with us whenever possible.

How Much Russian You Need

In our case, none, outside of some sessions to familiarize ourselves with the Russian alphabet (алфави́т) and basic phrases. That said, I’ve found my way around foreign cities without understanding the language in the past.

Compared to Moscow, St. Petersburg has better support for English on their signage, and in our experience, more people spoke the language as well. When shopping or eating out, we found that salesclerks (продавцы́) didn’t tend to speak English, even the younger staff. This differed from our travels to central Europe and even Asia, where we felt we could expect to find English help.

If you don’t speak the language, you can get around fine in St. Petersburg and Moscow’s subways, and non-American restaurants tend to be good about having pictures on their menus.

Staying in Touch With Loved Ones Back Home

Thankfully, I have cellular service via T-Mobile, which provides free, limited coverage abroad and allows me to text folks back home. Otherwise, a foreign SIM card (SIM-ка́рта) would be handy but I’ve never had to deal with that. Now that phones feature so-called e-SIMs, I expect it to be easier to purchase temporary service.

Prior to having international service, I’d rely on hotel wifi. When I’d get lost, I’d hang around outside of cafes to attempt to leech their wifi and figure out where I am. That’s not a good idea anymore now that wifi is more sophisticated and secured.

Russian cities and businesses tended to offer public wifi, even within subway trains, which was a pleasant surprise. However, I found that the country’s free wifi implementations involved giving them your phone number for verification (and likely, tracking).

For food, we had no issues. As for water (вода́), I’m still unsure and hear conflicting advice from people, including that the water’s fine but contains unfamiliar particles that may sicken us the first time around. I met tourists that didn’t take any chances and only drank bottled water, and my wife was even avoiding ice (лёд) in her drinks, but there were non-bottled cold drinks that I just had to try in restaurants, so I took the plunge and didn’t suffer any stomach illnesses (that I’m aware of). I will mention that the water there had a markedly different taste, even when bottled. 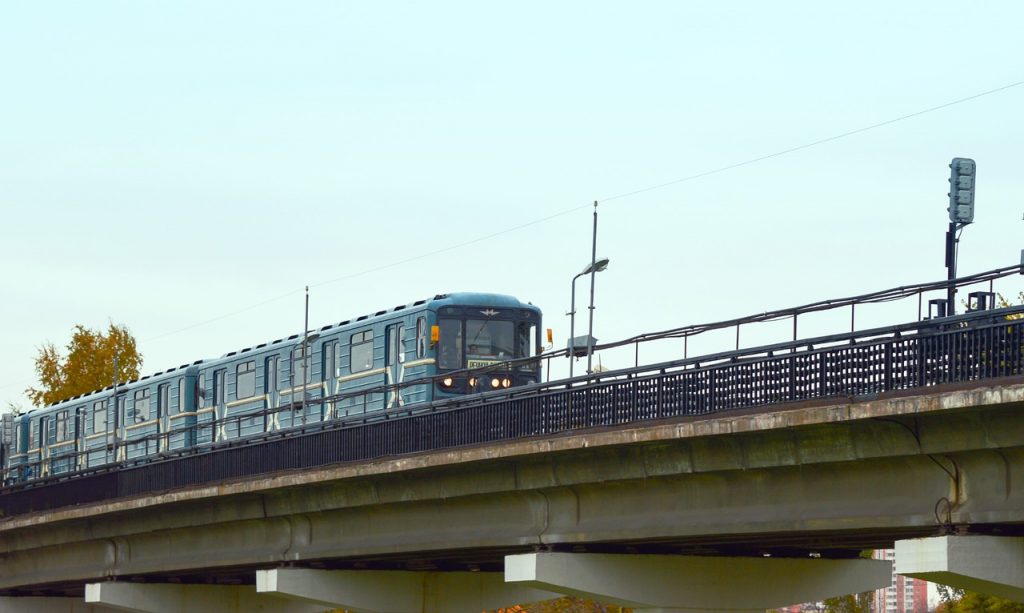 We never called a cab (такси́) because the buses and subways were so convenient, cheap, and efficiently timed. Trains were a minute apart, which is mind-blowing to me, having grown up taking the oft-delayed NYC subway. The trains in St. Petersburg were easier to follow than in Moscow, as their in-train route maps (ка́рты) lit up with the current stop. Additionally, I figured that if we were ever hopelessly lost, Uber is also be available so I would be able set a destination via the app without needing to communicate with a driver.