4 Affordable Countries for Studying Spanish Abroad on a Budget Posted by Jakob Gibbons on Jul 28, 2016 in Learning

Immersion is pretty much the gold standard of language learning, and with good reason. But if you hear your wallet weeping or laughing at you from your back pocket every time someone says you should study Spanish abroad, don’t give up hope, because many parts of the Spanish-speaking world are way more affordable than you think.

One of the unique learning advantages of the Spanish languages is that it’s spoken far and wide in countries with generally low costs of living, and often surprisingly good quality of life. In fact, when you take a few months or a year to study Spanish in the right country, you can actually save money over what you would have spent just living your life at home, once you add up your everyday expenses like rent and groceries.

Here are four Spanish-speaking countries that offer great bang for your buck in learning Spanish, with their reasonably priced language schools and their super low cost of living.

Just south of Mexico lies the Mayan heartland of Guatemala. The home of some of the best natural beauty in all Central America is also home to some of the cheapest Spanish schools in the entire mundo hispanohablante. 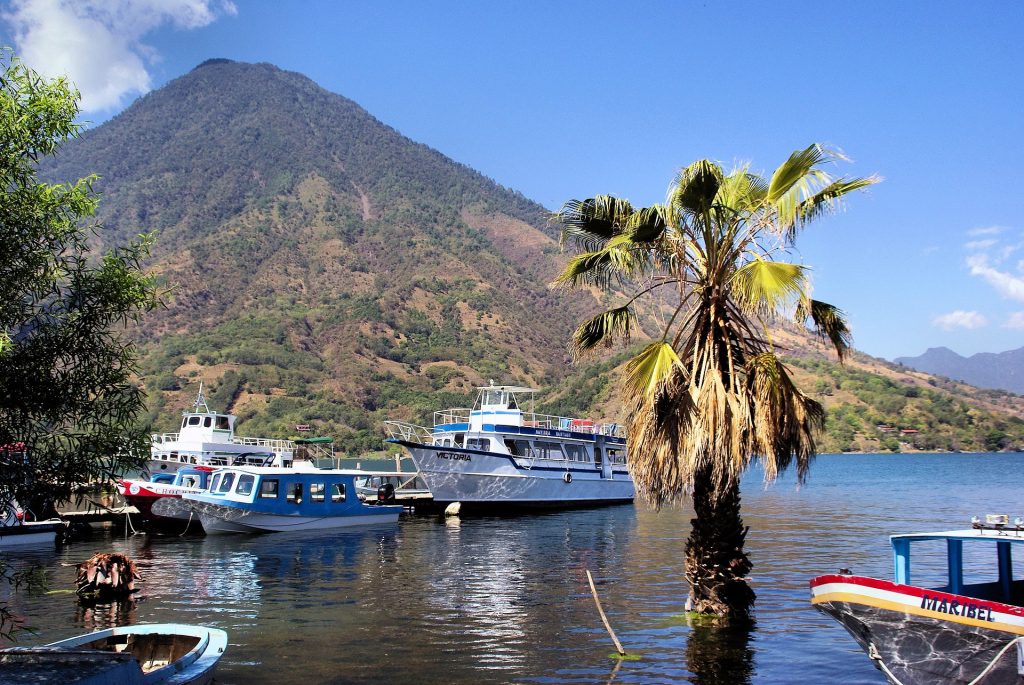 Antigua and Lago de Atitlán are some of the popular destinations for learning Spanish in Guatemala, with quaint colonial city centers and great tourist infrastructure. An even better bargain is the northern city of Quetzaltenango (known locally as ‘Xela’). At Utatlán Spanish School in Xela, for example, courses start at $175 a week–that includes 20 hours of instructions, a private room in a homestay with a Guatemalan family, and three meals a day.

That comes out to $700 a month, and I’m guessing that’s more than what you spend on rent and groceries at home, not to mention full Spanish immersion and classes with native speakers. Check out Guatemala365 for a great list of schools and prices across the country.

Forget your dated ’90s images of urban warfare and narcotrafficking: peace is rapidly becoming the new normal in Colombia, which means the country’s incredible biodiversity, world-renowned hospitality, and low cost of living is now yours for the taking.

Colombia’s biggest advantage is that cost of living hasn’t caught up to the quality of life here yet: visit one of the big Andean cities like Bogotá or Medellín and you’ll find little ‘third world’ about it, other than the price tag on a cold beer or a hot meal. Colombia is also known for its crisp and clear Spanish, as well as its rich Colombian slang.

Medellín is a favorite for backpackers, expats, and language learners. Colombia Immersion is the hottest new thing in the down-to-earth Envigado district, where Spanish classes range from $100 a week for 10 hours of group classes to around $875 a month for the full immersion package. Colombia Immersion also offers on-site dormitory accommodation and local homestays, as well as language exchanges and social events to help you get the most out of Envigado and Medellín.

For more options to study Spanish in Colombia, check out the great guides offered by Study Spanish Colombia and Latin Travel Guide.

As one of the poorest countries in the Western Hemisphere, Bolivia is also one of the cheapest destinations for Spanish immersion. Officially el Estado Plurinacional de Bolivia, this South American nation is unique in that the majority of its population belongs to indigenous ethnic groups, whose Aymara and Quechua languages and cultures, among others, have heavily impacted the country and its culture. 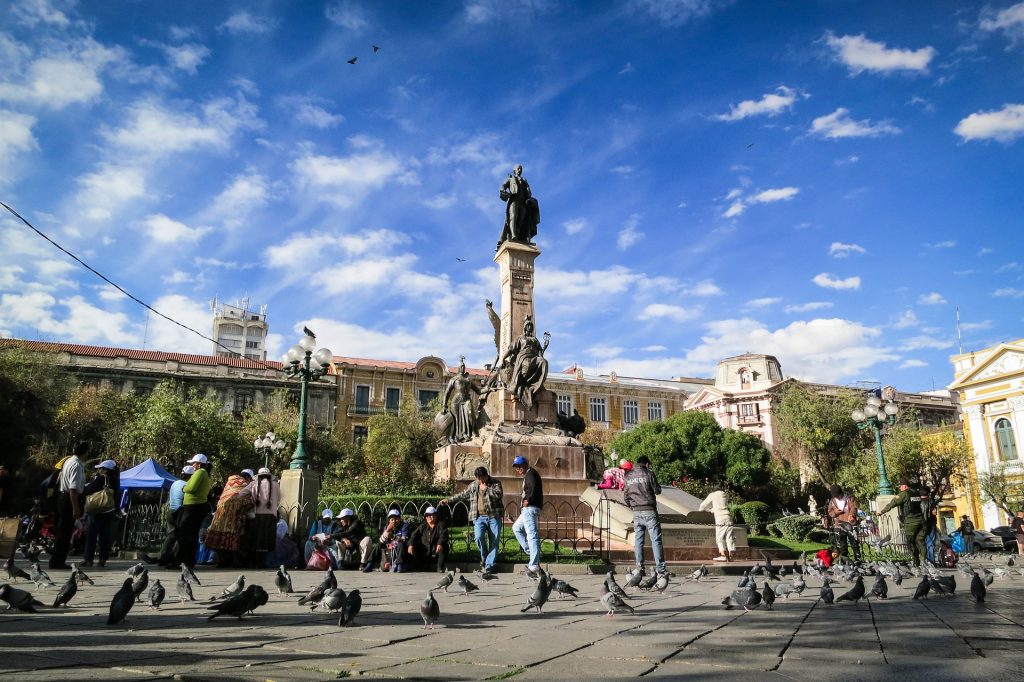 Sucre is the most popular destination for visitors looking to learn Spanish, known to backpackers as Bolivia’s most relaxed town. Me Gusta Spanish School is an attractive choice for many Sucre-bound learners, because of its many volunteer opportunities and cultural components like cooking classes that give you a holistic experience of Sucre and the Spanish language. Individual classes at Me Gusta start at $65 a week for 2 hours of instruction daily.

Bolivian Life has a great in-depth guide to learning Spanish in Bolivia to get you started. For more options, check Go Abroad’s list of language schools in Bolivia.

The safest country in Central America and one of the lowest costs of living in the entire region, it doesn’t get better than Nicaragua for Spanish learners looking for adventure and cultural immersion on a budget. 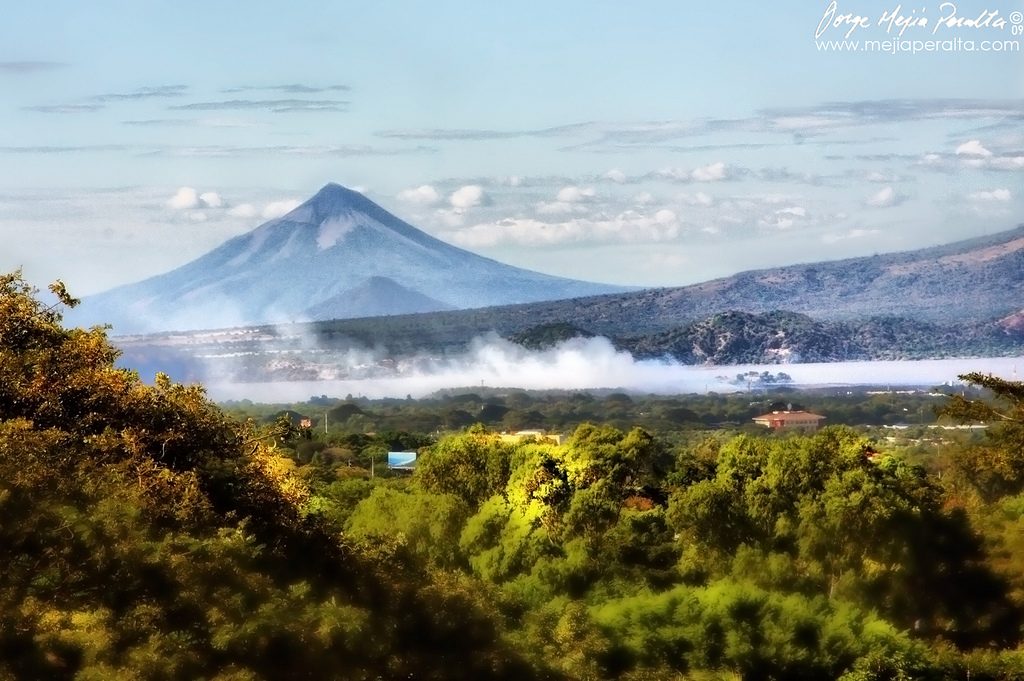 Volcán Momotombo, Nicaragua. Photo by Jorge Mejía peralta via Flickr under CC BY 2.0.

Granada and León are the tourist-beloved colonial cities of Nicaragua’s Pacific coast, but you’ll find opportunities to learn Spanish in the capital of Managua and many other cities along the west coast where most of the country’s population resides. Veronica’s San Juan del Sur Spanish School, near the Costa Rican border, offers classes and homestay from $250 a week, including three meals a day, a private bathroom, and priceless cultural immersion with a local Nicaraguan family.

For a comparison of schools and prices in Nicaragua, check Nicaragua Spanish Schools, whose retro website offers various other resources for potential language-tourists headed to Nicaragua.

In these four countries, you can find Spanish immersion programs, including room, board, and all but luxury expenses for well under a thousand dollars a month, and most under $800, which is a lot less than what most of us pay monthly for rent, utilities, groceries, transportation, and the necessities of daily life. And these countries aren’t the exception, but rather the rule: from the southern states of Mexico and the Caribbean coast of Honduras to rural Argentina and Chile, Latin America is full of affordable destinations for developing your fluency in the Spanish language and one of the cultures that speaks it.

For those for whom baratísimo still isn’t barato enough, consider working abroad and learning Spanish on the job, or other creative and free ways to learn Spanish abroad for free.