If you’re learning Spanish in the age of the global economy and the shrinking world, it’s time to think about immersing both your personal and professional lives by looking for work abroad.

Immersion is of course one of the best ways to learn a language, but who wants to shovel out thousands of dollars for an “immersion experience”? Instead, just hit the classifieds: you’ll actually make money, and without a big program orchestrating an opulent “authentic experience” to distract you, you might just live your life and enjoy something of an authentic experience.

In Mexico City I let my language skills pay my way as I managed a backpacker’s hostel and taught private English classes on the side, and in Medellín I worked from my laptop as a location-independent writer and editor, but the options are unlimited. And while wages are often lower in developing countries than in the West, the cost of living you’ll enjoy in these cities is at least as much lower–if you’re moving from an expensive city, don’t be surprised if you come out giving yourself a net pay raise!

Remember that the Spanish you’re immersing yourself in will be different wherever you go, and start thinking about your next career move in one of these seven hispanophone cities.

Mexico City is the forgotten giant of world cities and economies. With over 21 million people in its metropolitan area, it’s in a comfortable first place for largest Spanish-speaking city in the world. And at over $400 billion — that’s with b grande — the Mexican capital’s gross domestic product comes in just larger than those of the countries of Austria, Peru, and Norway. With the sheer size of the economy of the Distrito Federal, you can bet there’s healthy employment opportunity in any sector you’d find hiring in other world cities like Chicago, Madrid, or Tokyo.

Even better, it’s an easy city for expats. Mexico’s tourist visa card (for citizens of countries that don’t require a visa to enter the country) is super flexible: it’s issued for 180 days, and if you cross the border north or south long enough for lunch and a stroll, you can come back and get another 180. Additionally, getting an FM3 work visa that permits you to perform actividades lucrativas isn’t too difficult.

To get started with your job hunt, Craigslist and Computrabajo are two of the most popular classifieds sites used by Chilangos, and sites like Learn4Good and jobsinmexicocity.com are geared towards expats. You’ll see jobs in education and tourism overrepresented, but with a bit of patience you’ll find jobs in any field you can imagine, from Mexican-based multinationals to Mexico City startups.

And don’t forget to brush up on your Mexican slang before you head off to start your new job!

The Economist and the Wall Street Journal have been praising it for years, and so far Chilecon Valley appears to be living up to its promise. Led by its now world-famous accelerator program Startup Chile, the Chilean capital’s investment in local entrepreneurship has generated international opportunity.

One of the most progressive cities leading Cono Sur into its economically bright future, Santiago is a magnet for innovation and investment. Argentina’s La Nacion calls it “la meca para los latinos que sueñan con crear sus propias start-up“, but it’s not just for Latinos: all you need is an idea and a solid application, and acceptance into Startup Chile will grant you a work visa as well as a good chunk of change.

But if you’re not quite ready to found your own startup, the entrepreneurial buzz is generating plenty of spillover opportunity: hit sites like Indeed or ChileTrabajos and look into arranging your Chilean work visa the normal way. 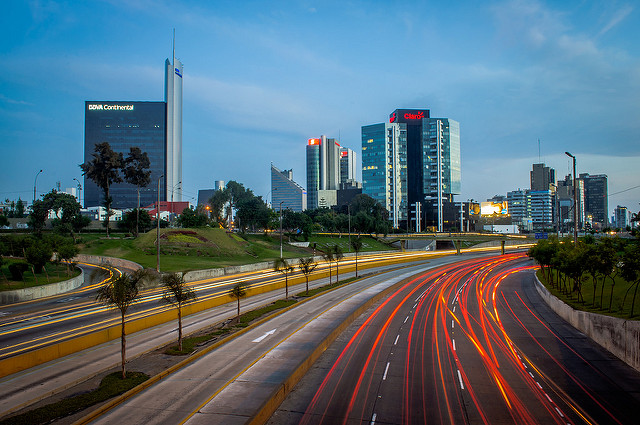 Not only has Peru quietly created 1.7 million new jobs over the last five years, but over the next five it’s forecast to tack on another million. That kind of growth attracted over ten thousand immigrant workers last year, and it means demand for knowledge and expertise from all around the world, and a whole lot of new foreign-friendly vacancies.

Finance is strong in the Peruvian capital, and many international financial institutions have offices there, but other booming sectors include tourism, education, gastronomy, and the service industry. All you need to do is brush up on your Peruanismos, start your job search, and get started on your Peruvian work visa!

As Colombia approaches peace and ends the world’s longest ongoing military conflict, it happens to be attracting more foreign direct investment than nearly any other Latin American city, which is translating into huge public works and extra opportunity in every industry a capital of nearly ten million needs to support itself.

Colombia’s biggest city has transformed into a modern tourism hotspot thanks to tactful investments in the local population, and a push to become a Latin American tech hub is drawing engineers and entrepreneurs from around the region and the world. Not only is there room for innovative employment, but you’ll get to enjoy the clean crisp sound of Colombian Spanish, and getting your work visa isn’t even all that bad.

Americans often forget that, as residents of the country with the second-most Spanish speakers in the world, they don’t always have to look abroad for Spanish immersion. Texas and the Southwest are some of the regions with the most Spanish speakers, and cities like New York and Chicago also support huge hispanohablante populations, but nowhere quite has the cosmopolitan Caribbean feel and sheer dominance of Spanish in everyday life as Miami, Florida.

While its atmosphere and cultural identity is something more than American, Latino, or Caribbean, Miami is still technically a domestic destination, so Americans won’t have to worry about visa hassles here. The Spanish-speaking community of Miami and South Florida has a huge impact on national politics, and as one of the cities experiencing the most socioeconomic growth in the country, it’s home to the rapidly-growing companies and industries that are looking to put you on their payroll while you work on your Spanish. 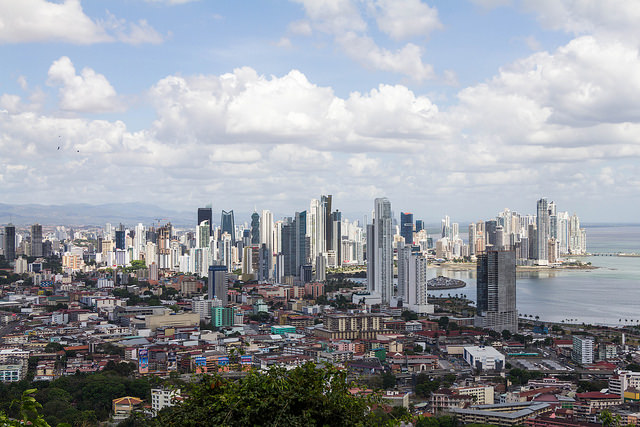 Panama’s financial industry hasn’t gotten the most glowing ethical reviews in the international press lately, but sure there’s something more to boomingly modern Panama City than offshore assets and money laundering.

With public infrastructure megaprojects coming up in energy and public transit, professionals will find a continued need for people like engineers and project managers in the capital, and despite the Panama Papers scandal, the Panamanian finance industry isn’t likely to shrink any time soon. Prep yourself for one of the most distinct varieties of Caribbean Spanish, find a job, and get started on that Panama work visa.

Montevideo is the capital of Uruguay, one of the most economically stable and least corrupt countries in all of Latin America. The city itself is highly developed, ranking consistently for years as the highest quality of living in Latin America, and a vibrant software industry is boosting its exports abroad and creating jobs at home. If you can just adjust to the Uruguayan use of voseo and overall unique take on the Spanish language, the rest should take care of itself.

Uruguay is also one of the few countries in the region that seems to have a fairly straightforward visa structure designed to encourage long-term commitments to the country, and even makes citizenship a realistic option for those who aspire to it. 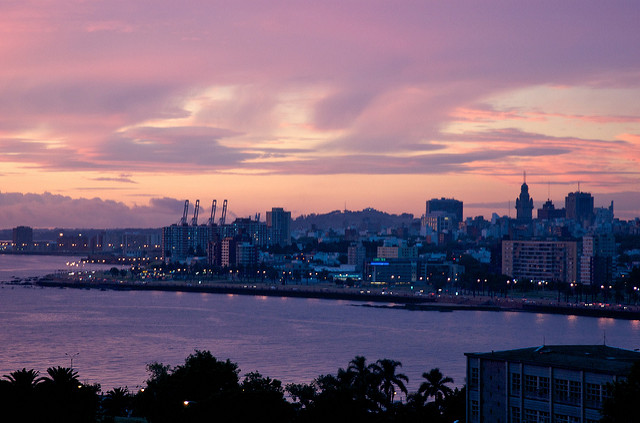 If you’re not ready to make a big career move just yet, there are plenty of free ways to get Spanish immersion, and traveling to work on your language skills is one of the best ways for aspiring polyglots to spend their vacations.

When you’re finally ready to make the move, check out sites like Anywork Anywhere to get started exploring country-specific visa and employment information.

Thinking of working abroad to work on your Spanish? What cities and countries are on your radar? Tell us about it in the comments!