Putting Your Languages to Work: How Languages Can Fund Your Travels Around the World Posted by Jakob Gibbons on Feb 10, 2016 in Archived Posts

Proficiency in a foreign language is more than a line on your resume or an impressive party trick—it’s a ticket to self-funded world travel. Most people think that you need to be a translator or language teacher to make a living off your languages, but the opportunities hardly end there. While those are both great options, there is plenty more available for hard-working travelers of any background, from social workers to engineers to plumbers.

In today’s globalized world, everyone from large corporations to locally-owned mom-and-pop shops needs to communicate with diverse audiences. From innovative startups like Uber and Air BnB, to language schools, backpackers’ hostels, and other odd jobs in big cities, jobs are available to young talent with language skills.

I’ve been putting my languages to work to travel the world for three years, and have yet to show up somewhere where my language skills couldn’t earn me a place to sleep or a paycheck. Here are five examples of jobs for other multilingual travelers (and where to find them!)

1) Answer a few phone calls in your language: technical and customer service agents

Major international cities are home to the headquarters or regional offices of multinational corporations, which means they often need to serve customers with diverse language backgrounds. When I arrived in Monterrey, Mexico, for example, companies like Cemex and Coca Cola’s Latin American headquarters were looking for bilingual English-Spanish call center agents, and they weren’t shy about hiring foreigners for the positions.

Cemex, a huge international cement company based in Monterrey, does much of its business with American companies across the border, and that business would come to a screeching halt without enough chatty bilinguals to help with troubleshooting and customer service. Booking.com, based in Amsterdam, is always looking for multilingual customer service reps and web content writers in its many regional headquarters, in world languages and more obscure ones like Estonian and Serbian. There are even staffing agencies like Chiang Mai Lanna Business Services that exist exclusively to place speakers of French, German, and other European languages in call center jobs in Thailand.

Depending on the country and its visa and labor laws, working for companies like these can be a great option for travelers wanting to spend a few months or more in a country and exercise their foreign language skills while they’re at it. Ask around after you arrive, or use job search sites like LinkedIn to scout out potential opportunities before you leave.

2) Teach in your language at an international school 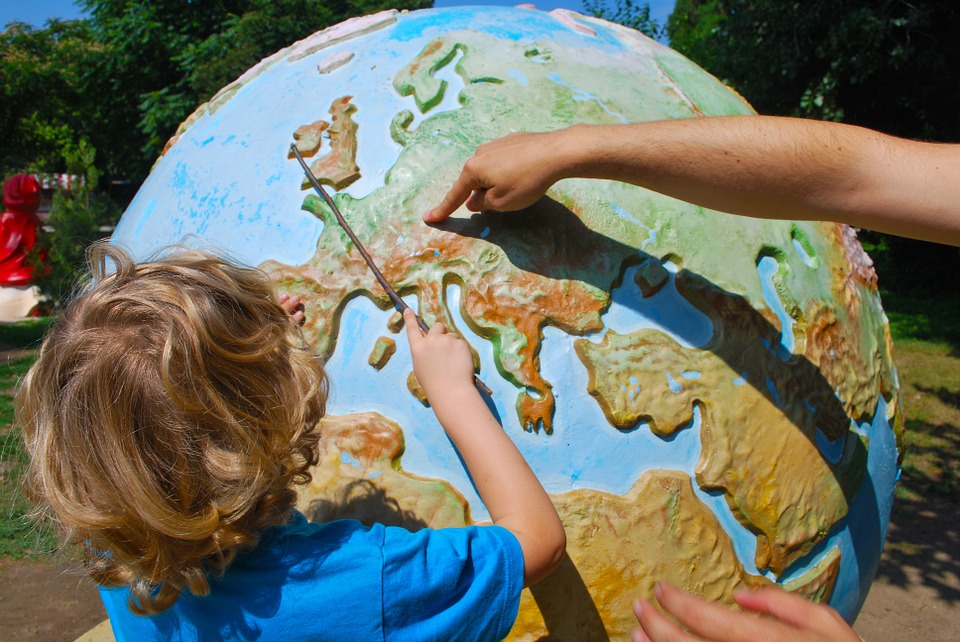 Lots of people spend a year teaching English in South Korea or Dubai, but if grammar lessons and English literature aren’t your thing, there are still plenty of opportunities to teach other subjects abroad. If you’ve got a university degree in nearly any subject and speak a world language like English, French, or Spanish, international schools all over the world are looking to add teachers like you to their staff.

In Honduras, Kazakhstan, Kenya, and nearly everywhere in between, you’ll find job postings for teachers of subjects like Mathematics and Computer Literacy who can teach to expat students or local students whose parents want them to get an international education in a second language. Prestigious international schools normally require a longer application process that’ll start well before you ever book your flight, but smaller private or parochial schools and poorer public schools in rural areas can often arrange more informal teaching jobs, often paying teachers in cash or offering free accommodation and meals in exchange for their work.

Check sites like Teach Away, where you can check requirements and relevant language skills for different jobs. For more informal arrangements, don’t be shy about googling local schools and knocking on doors to see if there’s a need for your skills. 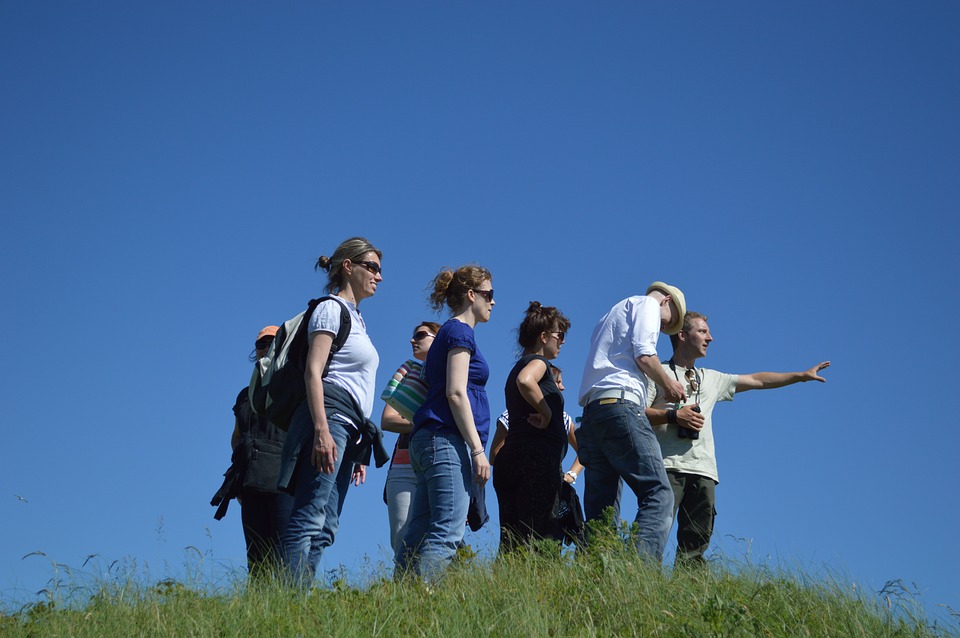 Famous tourist attractions and frequently-visited world cities are always thirsty for tour guides who speak multiple languages. At the famous Hassan II Mosque in Casablanca, Morocco, I arrived to a small army of a dozen or more local and foreign guides giving tours of the attraction in multiple languages, working for a small salary and donations from tourists. In New Orleans, I’ve met half a dozen or more people who either give informal tours for tips or landed short-term jobs with bigger tour companies. People are doing it all over the world, and the more languages you speak, the more likely you can too.

This of course isn’t the kind of job you can land on day one: tour guides will need to be fairly knowledgeable about the destinations they work in. Large, formal tour companies will have stricter visa and experience requirements, but smaller tourist locations in Latin America and Southeast Asia, for example, are often willing to be flexible for enthusiastic tourists who speak the local language and one or two more. 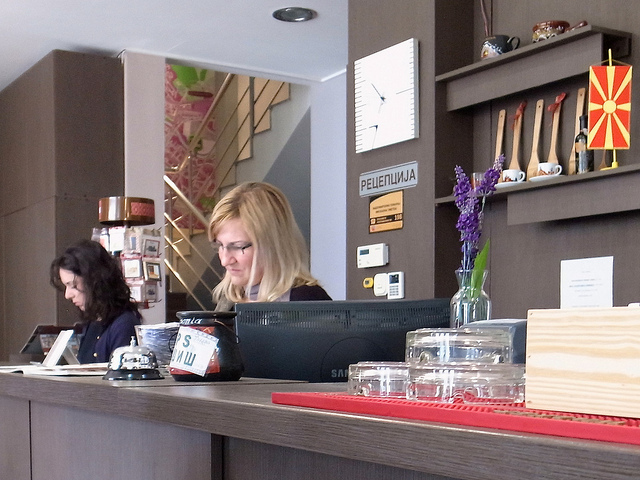 Photo by George Redgrave via Flickr under CC BY-ND 2.0.

Hotels, hostels, and everything in between tend to attract a heavy multilingual crowd by their nature, and the more relevant languages you speak, the more appealing you are as a potential new face on staff. The fact that you’ve probably already got tons of experience in the hospitality industry as a consumer won’t hurt either.

Formal jobs in big cities and tourist hotspots are plentiful, though they may require previous hospitality experience. In other cases, especially in countries with strict working visa policies, you might look instead into a work exchange, like volunteering a certain number of hours a week in a hostel or bed and breakfast in exchange for a bed and some meals. Workaway.info is my absolute favorite site for these jobs–you’ll find a lot of hostel jobs where you work for a bed, but look a little harder and you’ll discover opportunities in hotels and bed and breakfasts too, where you usually get your own room and maybe even a little living stipend.

5) Hop between islands and languages on a cruise ship 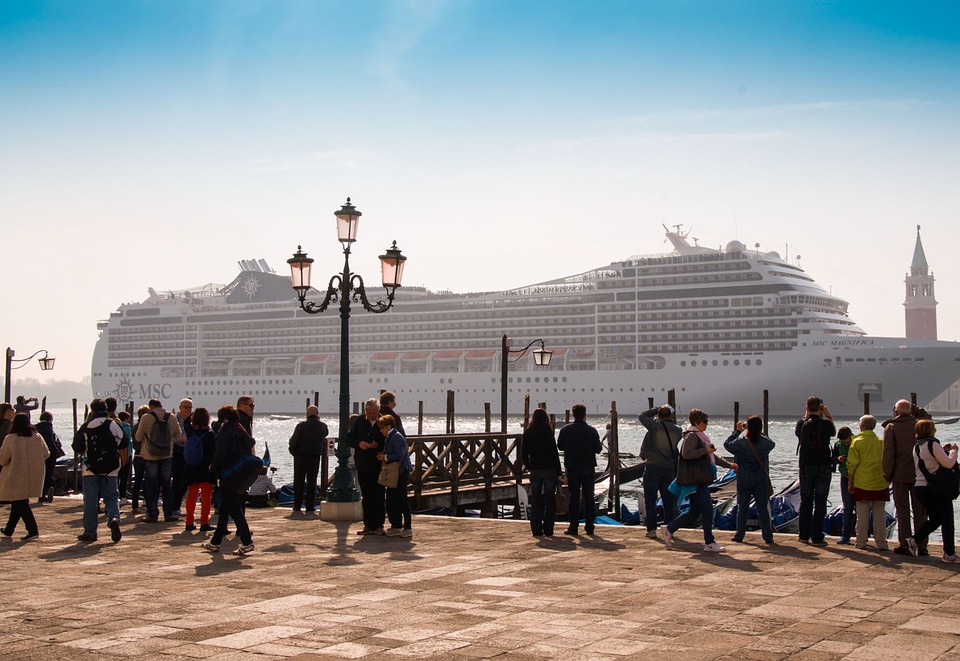 Cruise ships are basically little towns drifting across the sea, so you’ll find that most any skill you can offer on land will also be needed on a ship: from teachers and plumbers to yoga instructors and nurses, you’ll find vacancies for them all on most cruises. A little customer service experience and one or two relevant languages will go a long way toward landing a job for 4-6 months on a cruise ship, where you’ll have practically zero expenses and be able to save most of your salary for the next trip.

Especially if you’ve got a bit of experience in hospitality and speak another language, a cruise ship job might be the perfect way to put your languages to work for a few months while earning some cash. Languages like Spanish, French, and Dutch will serve you well on Caribbean cruises, and the tongues of Southern Europe, like Greek or Italian, will give you a competitive advantage in the Mediterranean. The more languages in which you can charm and chat with your customers, the better.

If you’re not certain what kind of job you could do with your skills and languages, check a site like allcruisejobs.com and browse the categories, or perform a search for your language and see what vacancies come up for it.

From Language Learner to World Traveler

These are just five quick examples of jobs you can do with a couple languages and a desire to see the world. If nothing here sounds quite like your cup of tea, try using job search sites like Indeed and LinkedIn and using your language and a country or city you’re interested in as search keywords. There are also a few sites that exist solely for you, the polyglot who wants to work their way through the world, like Multilingual Vacancies and Lingua-Jobs.

Whatever your field and interests, if you speak at least one other language and have a sense of adventure, there’s a perfect summer job or expat year waiting for you somewhere overseas. All you’ve gotta do is brush up on your language skills and go find it!