5 Current Events Spanish Speakers Need to Follow, from Argentina to Zika Posted by Jakob Gibbons on Jun 29, 2016 in Uncategorized

With uprisings, people’s movements, peace processes, and game-changing political shifts, there’s no better way to practice your Spanish this summer than by turning on the news or reading the paper. Real life in the Spanish-speaking world is more dramatic than a telenovela right now.

If you thought the US was the only country in political turmoil right now, that’s probably because you’re consuming all your news in English.

Many people learn a language to travel and see the world, and others do it to unlock new economic opportunity. Alongside both of these, one of the best and most stimulating ways to learn and apply your knowledge is by learning about the world, what’s going on in it, and how you can get involved.

We’ve posted here before on where to find streaming news en español, as well as on the joys of watching TV for language learning. So here’s where we go from the classroom to the ‘real world’ to practice our language and cultural skills. The world’s far from a boring place in 2016, and headlines from the Spanish-speaking world have a lot to tell us about the Spanish language, its people, and the world we all live in. Here are five stories you need to be following in the hispanophone world this summer, and where Spanish speakers and learners can find them in Spanish. 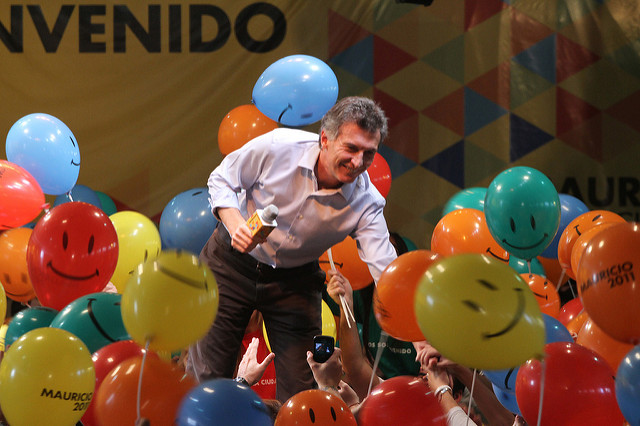 #1: The Zika Virus in Latin America and the Caribbean

As Brazil prepares to host this year’s Olympics, it’s not the only country in the region that’s in a panic about the as-yet unsolved Zika epidemic. Now reaching across the Caribbean and into the United States, Zika is shocking Latin America and the Caribbean with the cases of microcephaly and other complications for pregnant women affected by the disease.

Summer is here, which always means more people booking Caribbean cruises and island get-aways, and when that’s added to the influx of people expected with the 2016 Olympics, this densely populated tropical region is about to get even denser. Public health disasters threaten island nations like Puerto Rico and Haiti, as well as impoverished Central American countries like Honduras and Nicaragua, whose health systems are hardly equipped to handle such an outbreak.

The Dominican Republic-based El Caribe is closely following the disease as more about its causes and effects become known on one of the islands most severely affected by it. For travelers, Miami’s El Nuevo Herald continues to follow developments closely and offer tips on travel safety in Zika-affected areas, as well as how you can keep from spreading the disease.

This year the course of Latin American and world history is being altered before our eyes as Colombia’s historic peace agreement looms nearer, ending the Western Hemisphere’s longest-running armed conflict and one of the last hangovers of the Cold War in South America. 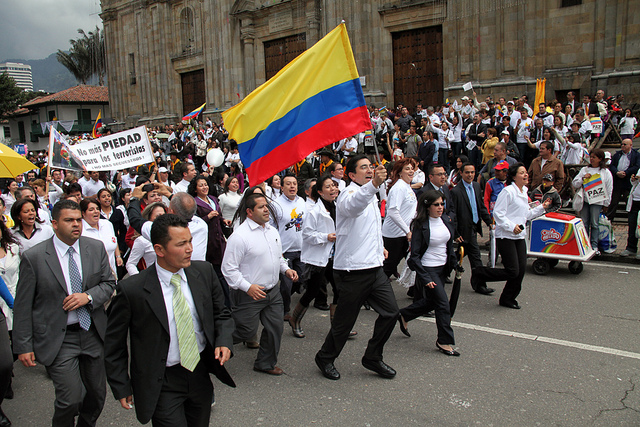 With the help of Pope Francis and leaders from the United States and Cuba, last week the Colombian government signed a history-making formal ceasefire with the Fuerzas Armadas Revolucionarias de Colombia, better known as the FARC. In the coming months, the government and international mediators are expected to reach similar agreements with Colombia’s remaining armed rebel groups, after which the country will move into a transition period in which it must deal with the remaining paramilitaries and work to offer the economic opportunity and social inclusion that lacked in similar peace processes in still-violent Central America.

To get started reading up on the peace processes, checkout Semana‘s article on Los acuerdos de La Habana para ‘dummies’, and keep an eye on the Colombian news magazine’s daily news and opinion articles on the subject.

Spain has been without a government for half a year, which certainly hasn’t helped a country that’s already struggling to create jobs and crawl out of recession. Add that to the not one but two insurgent political parties shaking up the Spanish scene, and you’ve got a mess that’s sure to draw headlines the whole summer.

Since its transition to democracy in the 1970s, Spain has been ruled by its two traditional parties, the right-wing Partido Popular and the socialist Partido Social Obrero Español. That all changed last December when the young and disruptive Podemos and Ciudadanos parties emerged on the scene, leading to the current situation in which Spain’s parliament is stuck in political standstill.

This week an emergency election was held, producing nearly the same results of December’s election. That means the Spanish people are looking at a summer of same-old until something shocking happens on the political scene, likely to be led by Podemos in the name of fighting austerity and oligarchy or Ciudadanos if voters come out for political moderation and national and linguistic autonomy for Spain’s many diverse communities.

Follow El País, Spain’s newspaper of record, to watch the mess (and hopefully its solution) unfold.

#4: Instability and Social Struggle in Venezuela

Venezuela swept into international spotlights with the voting-in of Hugo Chavez in 1999. Since then the South American country has been an epicenter of polarizing politics, and by 2016 it seems reality in the country has caught up to the dystopian future imagined by many of Chavez’s former political opponents.

In one of the region’s wealthiest countries, chavismo has led to food shortages, social unrest, and the capital of Caracas becoming the world capital of homicide. Current president Nicolás Maduro argues that he and the Venezuelan people are the victims of a guerra economica carried out by los imperialistas y el neoliberalismo, or the Western imperial powers whose economic gains have historically come at the expense of countries like Venezuela.

To hear the story directly from the Bolivarian mouth of the Venezuelan Socialist Party, tune in to TeleSur, the 24-hour streaming news channel that covers pan-Latin American events with a distinctly leftist and chavista angle. Venezuelan newspaper El Nacional offers a more critical look from inside, but you can check other respected Spanish language newspapers like Spain’s El Mundo for a more orthodox international perspective at what’s going on in Latin America’s current craziest country.

Argentina made history last year with the first ever peaceful, democratic transfer of power from one party to another in the country since the restoration of democracy in 1983 after decades of repeated military coups. While deep divides remain in the country and the region, the business-friendly Mauricio Macri’s election, with 51.3% of the vote, is already being pointed to as indicative of a larger trend in South America.

After more than a decade of transformative leadership from left- and socialist-oriented governments in Latin America–a political phenomenon known as La Marea Rosa or La Vuelta a La Izquierda, in English the Pink Tide–the region may be experiencing a shift. Elections in Argentina, impeachment in Brazil, and turmoil in Venezuela signal for many the end of a socially-inclined South America focused on fighting poverty and the beginning of a commercial turn that seeks to attract investment and promote business.

Argentina is in many ways the current epicenter of the shift, and you’ll see it discussed endlessly on the country’s media outlets, such as Clarín, the right-leaning media conglomerate that maintains the online streaming news site Toda Noticia. For an alternative perspective, take a gander at La Izquierda Diario, whose name ought to tell you what it thinks of the subsiding pink tide.

(For bonus points, learn some Portuguese and follow the closely-related impeachment proceedings against Dilma Rousseff, suspended president of Argentina’s giant neighbor Brazil and key figure in the Pink Tide legacy.)

Sometimes it seems difficult to relate the definition of democracia in Venezuela or the consequences of the latest mosquito-borne epidemic to your irregular preterite verbs, but when that light bulb finally clicks on, you’ll never turn it back off.

Language, culture, and day-to-day life are all inseparably interwoven. Together they dictate our summer travel plans, our next job opportunity, and much more of what’s taking place in our news feeds and on our TV screens than we often realize.

This summer will be an intriguing one for Spanish learners interested in the language and the world around it. Follow the links above to practice your reading and listening skills this summer, expand your vocabulary, and add to your Spanish conversational arsenal.

What other stories out of the Spanish-speaking world are capturing headlines and your interest? Tell us about it in the comments!