Studying Spanish in Puerto Vallarta Posted by sasha on Aug 15, 2018 in Learning

Antes de mudarme a México, no podía hablar español (Before I moved to Mexico, I couldn’t speak Spanish). I knew I was going to need more than “Yo quiero Taco Bell” and “una mas cervesa, por favor” if I was going to get by in my new home. After a few weeks of backpacking through Mexico, we arrived in our new home of Puerto Vallarta and headed straight to our first clase de español (Spanish class). Here’s a little bit about my experience studying Spanish in Puerto Vallarta. 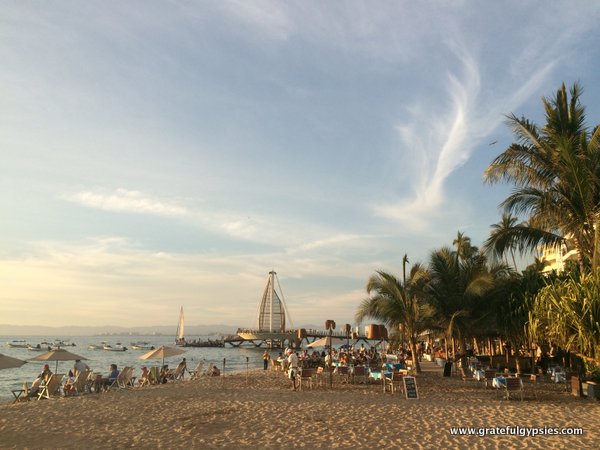 When my wife and I decided to move to Mexico, we weren’t really sure where to go. Actually, the original plan was to just spend a few months in the country before moving on to Central America. First up, we took the bus from Austin, Texas across the border to Monterrey. Many people – including our bus driver – tried to freak us out about traveling to Mexico by bus. Spoiler alert – it was totally fine and we had a great time in Monterrey.

From there, we spent a week in la capital – Ciudad de México. Me gustan las ciudades grandes, pero a mi esposa le gusta la playa (I like big cities, but my wife likes the beach). As a result, we looked for a place to stay on the coast for at least a month. When we found un apartamento barato (a cheap apartment) in Puerto Vallarta, it was an easy choice.

Before heading to PV, we did some more traveling in Mexico. We visited the beautiful colonial cities of San Miguel de Allende and Guanajuato, and spent a week in the 2nd biggest city of Guadalajara. We really enjoyed all of these places and highly recommend you visit them if you can!

Anyway, back to the story… Unfortunately, I was in dire need of some dental work when we arrived in Mexico. I needed a canal de la raíz (root canal), which is not a fun procedure at all. I couldn’t afford to have it done in the US (it was going to cost over $2,500!), so we looked for English-speaking dentists in Puerto Vallarta. I’m happy to report that I had a successful root canal and got a new crown and only spent a fraction of what I would have in the US.

As is the case with so many gringos before us, we quickly fell in love with PV. What’s not to love when you can eat the best tacos de pescado (fish tacos) you’ve ever had while sipping a mango margarita on the beach? Instead of just staying for a month, we quickly decided to stay for six. 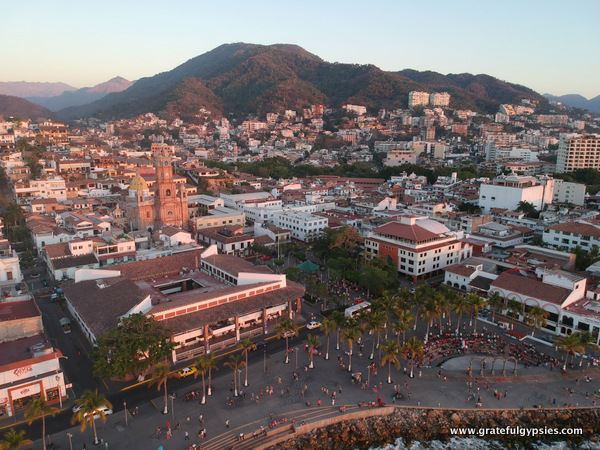 A view of PV from my drone.

Since we were going to stay for so long, we figured we might as well aprender un poco de español (learn a little Spanish). A quick Google search showed a few options for Spanish schools in PV. The nearest one to our apartment was Spanish School Vallarta, and we noticed they had a Level 1 class starting the day we were due to arrive. After taking an overnight bus from GDL, we dropped our bags off and went straight to la escuela (the school).

Spanish School Vallarta is run by the magnificent Maestro Melchor Cortés and his wife Martha. They use the famous Warren Hardy method of learning Spanish and run classes in four different levels throughout the year. After taking a group class for Level 1, I later took private lessons with Melchor to improve my conversational abilities and make some basic Spanish videos. If you’ve seen our “Beginner Spanish” videos on the TLSpanish YouTube channel, that’s me and Maestro Melchor teaching you the basics!

In the Level 1 class, we learned how to use power verbs such as querer (to want), necesitar (to need), and gustar (to like). This gave me a basic foundation of Spanish and helped me express those basic things that you need to do on a daily basis. I supplemented my learning by practicing on Duolingo and Transparent Language Online. I still speak Spanish like a gringo, but at least I can get by and I’m not too shy to try and talk to people here in their native language. 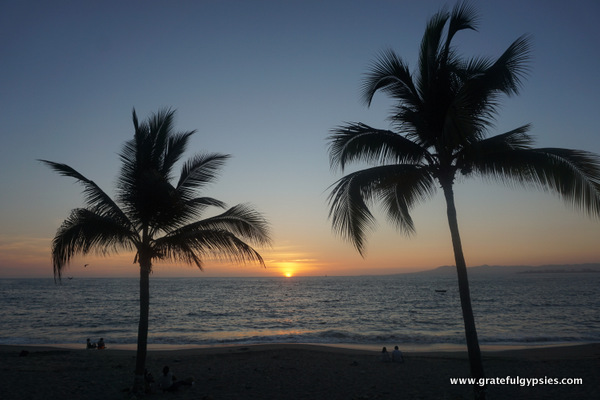 Sunset walks on the oceanfront are certainly a pro.

There are both pros and cons to studying Spanish in Puerto Vallarta. I like to give the bad news first, so here are the cons of learning Spanish here:

As it’s a beach town on the coast, PV is a very touristy place. Mucha gente puede hablar inglés aquí (Many people can speak English here). In fact, many of them almost seem to prefer speaking English! As a young gringo dude, people always just automatically assume I’m a tourist and speak English to me while they try to sell me on a tour or a tequila tasting. It’s definitely not the best place to be immersed in speaking Spanish.

While I really enjoyed my classes at Spanish School Vallarta, the curriculum is more geared towards retirees. I loved chatting with Melchor and Martha and getting to know them, but I preferred the class environment when I studied Spanish in Medellín. There are language exchanges almost every night of the week there and many more young people learning Spanish, so it was more up my alley.

Of course, there are plenty of pros to learning Spanish in a place like PV. For one, you can go down to the beach after class! While English is very prevalent here, it’s not hard to force yourself to speak Spanish. I love going to my local tienda (store) to do my shopping and making small talk with the owners. It’s also fun to surprise people like waiters and cab drivers by speaking Spanish to them, as they’re used to tourists who can barely muster a “Buenas tardes.”

A great thing about being based in PV is the ability to visit the smaller towns up and down Bahía de Banderas (Banderas Bay). Since we moved here, we’ve traveled to Bucerias, Sayulita, Mismaloya, and Yelapa. I really enjoy all of these small towns and I’m always able to practice my Spanish as we prefer DIY travel to organized tour groups. We were also able to travel up the coast to experience Carnaval in Mazatlán, which was tons of fun.

Is Puerto Vallarta the best place to learn Spanish? Probably not. Those really looking to immerse themselves in speaking Spanish may want to look elsewhere. However, it sure is a nice place to live. It’s beautiful, the people are friendly, the food is delicious, and it’s a lot of fun. I may not speak as much Spanish here as I did when we were backpacking in Ecuador and Peru, but I still use it every day. Plus, it’s not hard to break out of that gringo bubble and put yourself in a situation where you have to speak Spanish. This is Mexico, after all. I love living in PV so much that we recently moved back here after a huge backpacking trip around South America. It’s just one of those places that sucks you in! Now if you’ll excuse me, I think it’s time for some ceviche y una cerveza fría!