“Oriente” in Venezuelan speak is still today synonymous with flavorful fish dishes, delicious musical rhythms, and holidays on the beaches of any of the five states constituting what is known as “Región Oriental”, lit. Eastern Region: Anzoátegui, Monagas, Sucre, Nueva Esparta and Delta Amacuro.

This eco-region is recognized by its eye-catching coasts, relaxing spots, and its fishing activity, as well as by the whole of Margarita Island—one of Venezuela’s most identifiable touristic landmarks.

Its climate can be perfectly described as tropical—though never too hot to be unlivable—, rain is not as common on the northern side of the region, where all of the biggest cities are located (Barcelona, Puerto La Cruz, Porlamar, and Cumaná). 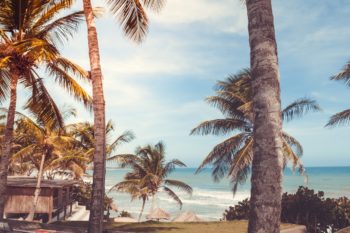 This zone includes the “Cordillera Oriental”, an extension of the country’s Coastal Range, on the north, and a region encircled by plateaus to the south. More to the east, the landscape becomes lush with jungle vegetation and countless water branches connecting to the Orinoco, Venezuela’s biggest river.

Even as much of the rural landscape of the Región Oriental teems with oil refineries and miles of roads connecting the urban centers and the smaller towns, visitors could still enjoy the natural treasures being protected within seven national parks: Mariusa, El Guácharo, Laguna de La Restinga, Cerro El Copey–Jóvito Villalba, Península de Paria, Mochima, and Turuépano.

Without a doubt, Mariusa offers the most unique landscape on the region, as it includes the geographical point where the Orinoco River meets the Atlantic Ocean. Being home to the aboriginal Warao people, it is one of the largest deltaic environments on the planet.

A little to the west, El Guácharo National Park comprises what is the most popular cave in the country: la Cueva del Guácharo (it could be translated literally as “Oilbird Cave”). It was the first natural monument designated in the country (in 1949) as a way of protect its rich diversity of avian fauna and this geological system itself. 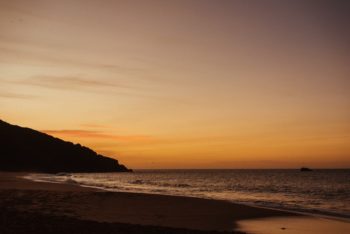 On the tourism side, few regions can compete with Mochima, between Sucre and Anzoátegui. Aside from a variety of flora and fauna, diving and sailing are some of the most popular activities done from the great number of piers alongside the coast.

Meanwhile, La Restinga is a shallow lagoon isolated from the Caribbean Sea by sand banks on Margarita Island that has transformed this water body into a geographical curiosity, as it ended up developing an unusual vegetation made up of mangroves as far as the eye can see.

And mangroves swamps are also a natural trait of Turuépano, in the eastern part of Sucre state. Being part of the Orinoco Delta swamp forests, this park is home to the deltaic plains and to a great number of manatees, a common species still present in this zone.

Thanks to those all natural features, “Oriente” will surely be forever a beacon for vacationers, nature lovers, environmentalists, and anyone who wants to spend a great time surrounded by mother Earth’s treasures.