10 Common Swedish Idioms – “Shrimp Sandwiches” and “Cows on the Ice” Posted by Chelsea B on Oct 22, 2020 in Culture, Swedish Language, Vocabulary 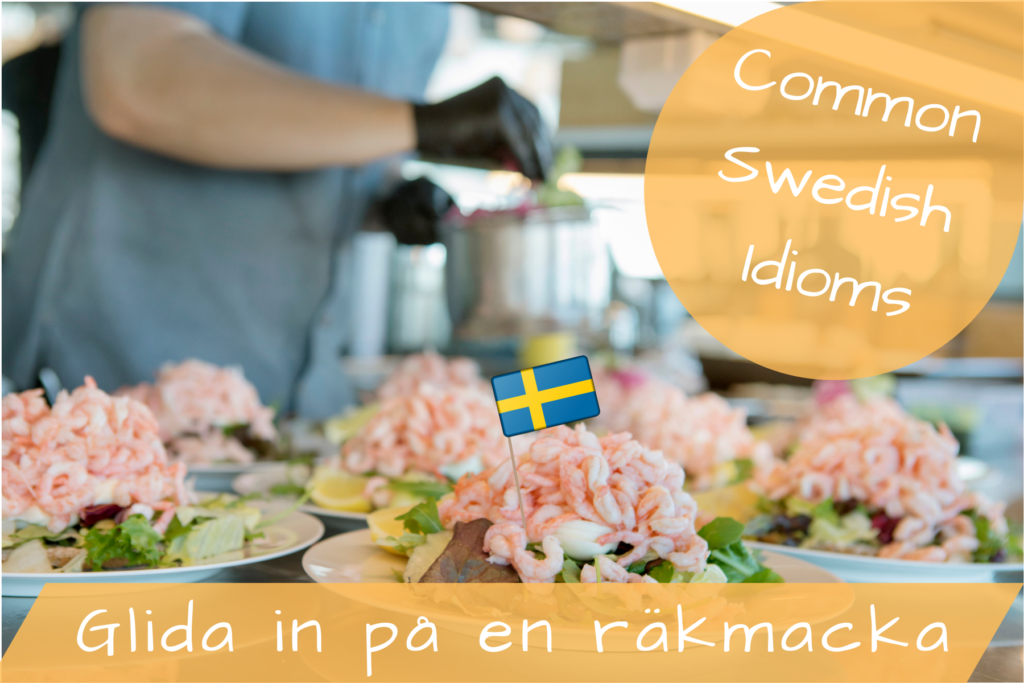 Idioms are the best. They are playful phrases we use to describe a situation by metaphor or figure of speech. The literal translations don’t make sense and often leave non-native speakers scratching their heads – “Huh, what do they mean by saying it’s raining cats and dogs?” There are several of these sayings that sound just as funny in Swedish. This week, I’ll cover some of my favorite idioms that are widely-used. NEXT week, I’ll go over some idioms that I recently discovered but have never heard of. 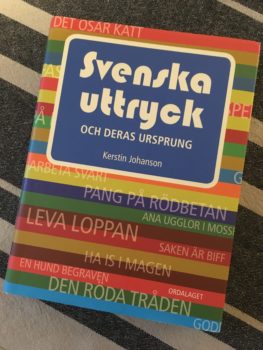 Similar to mastering humor in your foreign language, idioms are difficult to navigate. Distinguishing between what someone is literally saying and what they actually mean isn’t always that easy. It takes a keen ear and good sense of the context to understand that someone is using a figure of speech.

My Swedish friends and family know I’m a bit of a language nerd, so I’ve been gifted quite a few Swedish language reference books over the years. One book that I recently picked up again, I was gifted from friend Evelina – remember her? She helped me write the Intro to Sámi Music post back in February.  Svenska uttryck och deras ursprung by Kerstin Johanson is the book that Evelina sent to me for Christmas several years ago. Every now and then I pick it up and have a chuckle at how silly some of these expressions sound.

The author points out that many Swedish, as well as English, expressions are derived from passages in the Bible. “En ulv i fårakläder → a wolf in sheep’s clothing” for example, referring to the warning of false prophets. Another common trait for idioms is rhyming or alliteration. This makes them easier to remember and more fun to use. For example “Lägga lök på laxen → to put onions on the salmon.” This phrase is similar to “rubbing salt in a wound,” or to make a bad situation worse.

Here are some more of my favorites. I’ll provide the Swedish, then the literal translation, followed by the English equivalent.

5. Glida in på en räkmacka → Slide in on a shrimp sandwich  → Have an easy time of something, “You lucked out.”

7. Inte för allt smör i Småland  →   Not for all the butter in Småland →  Not for all the money in the world
*This saying is often woodburned into a butter spreaders. Who’s else has one of these?!