7 Ways to Practice Swedish with the Olympic Games Posted by Chelsea B on Jul 30, 2021 in Culture, News, People, Sports, Travel & Geography 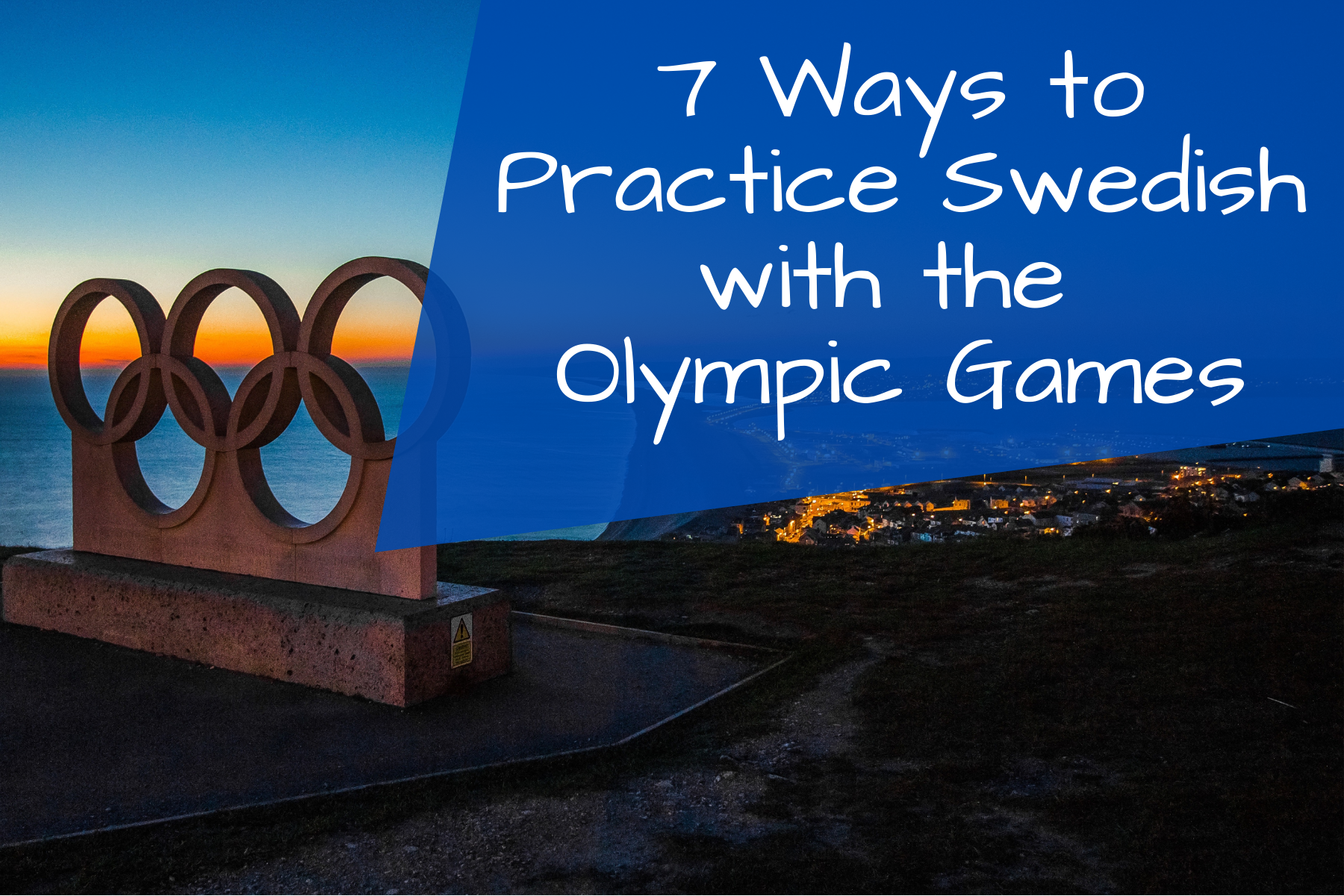 On your marks, get set, GÅ! Right now, folks across the globe are tuning in to the 32nd Olympiad in Tokyo to watch their favorite elite athletes. Regardless of the broadcast language you’re listening to, Olympiska spelen or OS for short, is a great opportunity to grow your Swedish. Learn the competition names in Swedish, follow the journey of an elite athlete, or stream an event in Swedish. Below, I’ll cover 7 concrete ways for you to practice Swedish while watching the Olympic games.

We often learn action verbs to describe sporty activities, but the Olympic event nouns are different. For example, the verb to swim is att simma. But the noun is simning, the word we’d use to describe the Olympic Swimming events. The list below covers all the events that Swedes are competing in this year:

Swedes are an active bunch who perform quite well at the Sommar-OS. These athletes and teams below are worth a follow!

🏊🏻‍♀️ Sarah Sjöstöm (English-speaking announcers pronounce her last name as “shoy-strom”) is an Olympic medalist in swimming, competing in several events this year. She has a great Instagram account, writing in English and Swedish: @sarahsjostrom

🏃🏽‍♂️ Armand “Mondo” Duplantis is an American-born, Swedish pole vaulter and favorite to win the gold medal. He is competing on Saturday, July 31.

🤾 Both the men and women are competing in handboll. Most popular among European countries, this seven-person sport has earned Sweden quite a few medals. Follow the shared account for the Swedish men’s and women’s handball teams here.

⚽ The Swedish women’s football team did very well in group play, knocking the Americans on their bums with a 3-0 win in their debut match of OS spelen. Read the article: Sverige vann sin grupp to learn more about the momentum behind this team.

…there are 85 Swedish athletes in total competing in various events, you’re bound to find someone who interests you!

3. Stream an Event in Swedish

This one is obvious, right? There are plenty of TV and radio options to stream the Olympics but depending on where you’re located, you may have to do some sleuthing to gain access to broadcast content in Swedish. Sveriges radio will have clips and reporting from various Olympic stories. Discovery+ is the official streaming partner of TV5 & TV9 in Sweden so you may be able to access streaming in Swedish via your Discovery+ account. SVT is streaming events too, but those are only viewable if you are located in Sweden.

Watch an event, take some notes, and imagine re-capping the results with a friend. Do you know the past tense versions of each verb involved in your story? Are there a couple of technical terms you need to learn first? In that case, you’ll appreciate the next tip.

Focus on your favorite Olympic event, maybe one that you know a lot about. Now, could you talk about the scoring system, the tactics involved, or describe techniques? This could get tricky quickly, so start simple. For example, if you enjoy watching the swimming events, learn the Swedish names for each swimming stroke:

This is a FANTASTIC opportunity to refresh the country names and their corresponding languages in Swedish. Find a list of Olympic medaljvinnare (medal winners) and run through the countries represented. Can you say all of them in Swedish? Which languages do those winners speak?

With copious amounts of Olympic news, it shouldn’t be hard to stay updated. 8sidor.se for news in “easy to read” Swedish. Dagens nyheter, or Aftonbladet are great for advanced articles.

Okej folks, which Olympic events will you watch to practice your Swedish? Let’s get a discussion going in the comments below! 👇