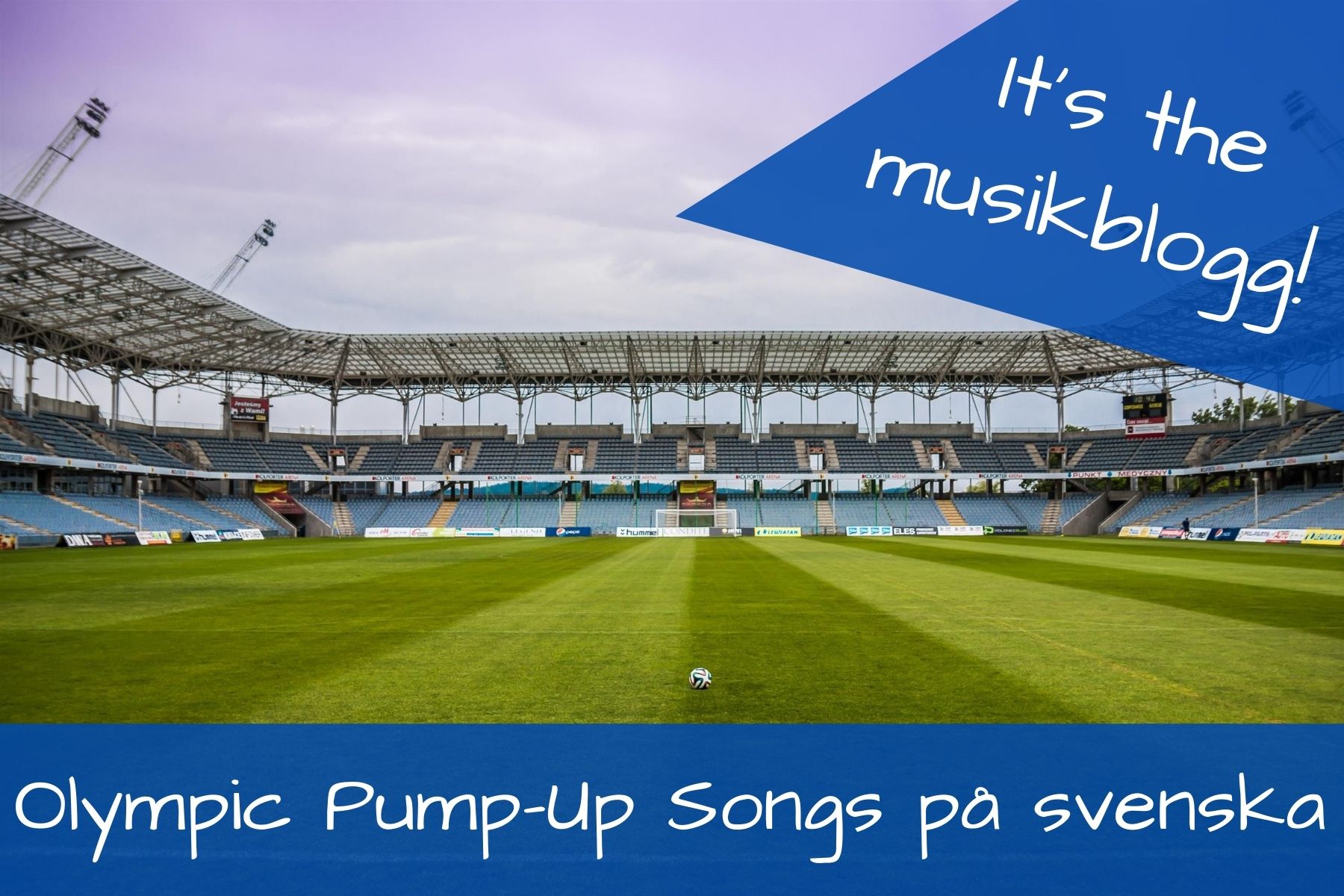 Blood pumping. Sweat dripping. Adrenaline on high. Olympic athletes are experiencing these things in abundance right now. But how do they get themselves in the zone to perform at such a high level? Lots of folks put their headphones on, bob their heads in time, and blare a great pump-up song. Music has been used as a tool to synch body and mind for millennia. Whether preparing for battle or guiding a meditation, rhythm and melody are powerful. This week on the musikblogg, we’ll enjoy some pump-up songs written and performed by Swedes. And oj oj OJ, did I find a special treat for us to enjoy at the end…80’s haircuts and high-waisted jeans abound.

Although I lean towards the “melancholy pop” category the Swedes seem to master, they excel at writing the hype songs, too! Modern Swedish and European pop is known for its electronic sound developed in the techno and house genres. These songs are common warm-up tracks to get players and fans excited but began as niche sounds in the European club scene.

The next few artists are gigantiska (gigantic) international hitmakers. Although you won’t get any Swedish language with these first three songs, my hope is that your curiosity will lead you to do research about them in Swedish. All of these artists have Swedish Wikipedia pages, all of them have interviews in Swedish available on YouTube, etc!

Now, house music may not be your thing, but I’d argue that it’s important to know about the first DJ group to play – and sell out Madison Square Garden. The tickets went in a record 9 minutes. “Antidote” was Swedish House Mafia’s hit from 2012.

Tim Bergling’s stage name was Avicii. The song levels brought him to international glory in 2011. Other Avicii radio hits are “Save the World” and “Wake Me Up.”

Robyn & Röyksopp – Do it Again

ONE more Swedish superstar that sings primarily in English is Robyn. Her collaboration with DJ and producer duo Röyksopp on “Do it Again” is forever on my pump-up list.

Pump it up på svenska

Är ni taggade?! Are you fired up?! Now for some Swedish listening! Below are a few more songs to add to the list of Swedish produced and performed pump-up songs, but these ones have Swedish text.

Watch this video and try not to be inspired! While this song is less about sport, it’s certainly about drive and determination. Read the chorus before listening:

Like most European nations, fotboll (soccer) is Sweden’s most popular spectator sport. Over the years, many artists have contributed official kampsånger (“battle songs”) to either the Men’s or Women’s national teams.

This song was created for the Men’s 2002 FIFA World Cup in Japan and also earned Magnus Uggla the number 1 spot on the Swedish charts.

This song is from the 2016 World Cup in Spain and features southern-Swedish rappers Frej Larsson and JOY.

If you’ve been watching the Olympic soccer competition, you probably know that the Svenska damlandslaget (Swedish Women’s National Team) has a lot of momentum to win the gold. In fact, they are headed into the championship match in Toyko in just a few hours. Pia Sundhage, one of the best coaches in soccer history started her career as a Swedish player and has since coached the Swedes, the Americans, and Brasilian women’s teams. Now, I knew that Pia Sundhage sings during her speeches to inspire players. What I did NOT know, is that she and the Swedish Women’s National Team recorded this kampsång in 1987.

Do you have a favorite pump-up song? Share it below! Bonus points if it’s by a Swedish artist.