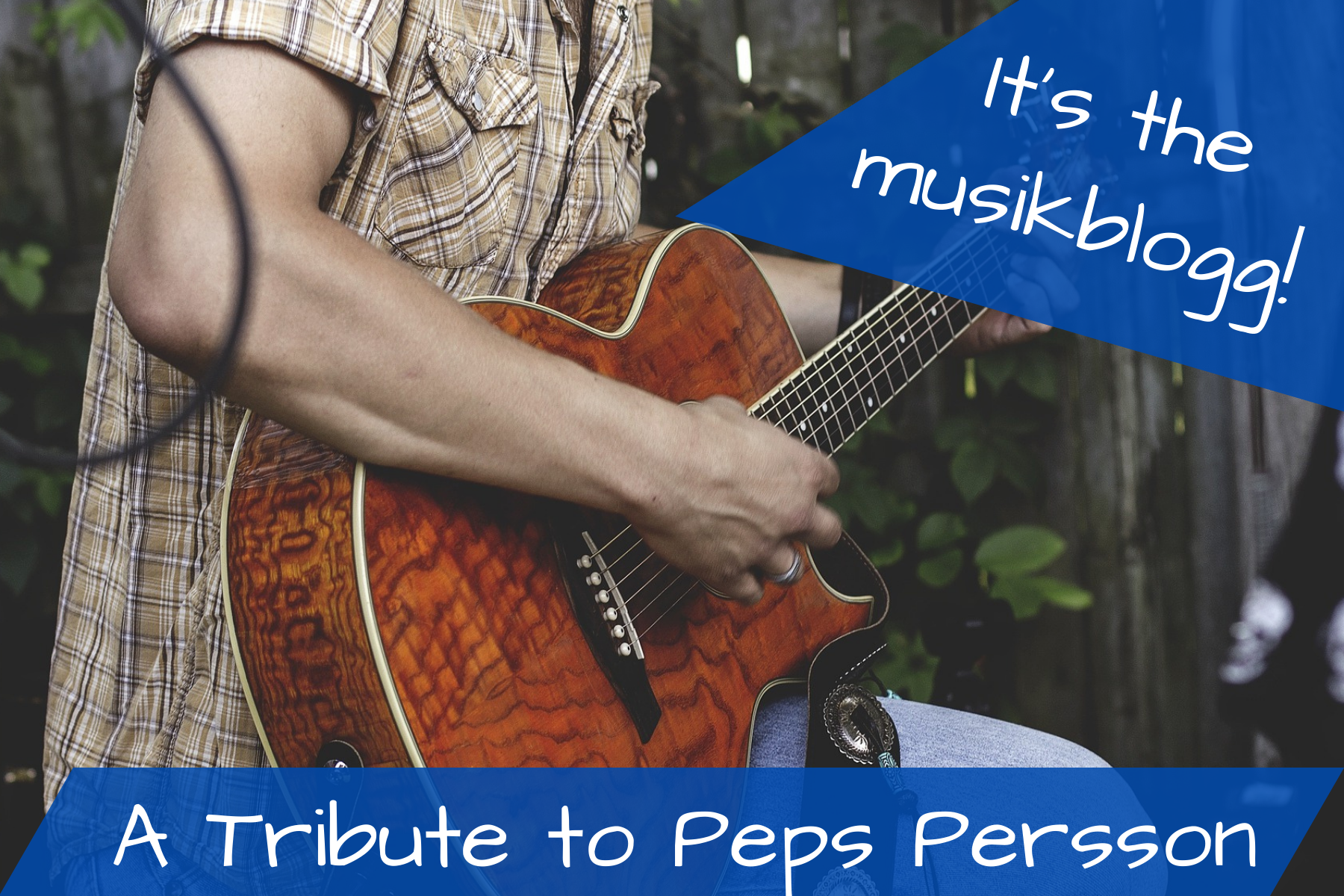 Photo: Image by Free-Photos from Pixabay

Swedish blues and reggae musician Peps Persson passed away earlier this week. Known for infusing social criticism with music, and doing so in excellent skånska, this Swedish music Hall of Famer was a legendary collaborator and ambassador for his genre. This week, we’ll pay tribute to Peps with some music and honor his southern Swedish dialect, skånska.

Born in 1946 in Helsingborg, Skåne, Per-Åke Tommy Persson, showed an interest in reggae and blues from a young age. Taking inspiration from reggae and blue giants Bob Marley and Muddy Waters respectively, Persson’s early music was written in English. In the 1970s, his group Peps Blodsband put out hits like “Falsk matematik” and “Hög standard,” considered classics in the Swedish progg genre. Progg stands for progressiv musik or progressivism, a nod to the left-wing, and anti-commercialist movements of Swedish music in the 60s and 70s.

A few lines from “Hög standard”:

High standard? What the hell is a high standard?
Do you trust the myth of our rich western country?
Do you feel safe and full, my friend?
Or does doubt gnaw at you like a bad tooth?
Do you feel tricked somehow

Throughout his career, Persson collaborated with countless musicians besides his bandmates. Fellow skåningar, composer and musician Nisse Hellberg, as well as rapper and writer Timbuktu have worked with Persson. The hit song Dynamit! was co-written in 2003 by Timbutku and Persson, which they performed several times together in front of live audiences.

Peps Persson sang på skånska which was uncommon at the beginning of his career. As an amateur linguist at best, I’ll add just a few notes of introduction to the Swedish-Danish hybrid that is skånska! This southern Swedish dialect is called Scanian in English and is spoken in the Swedish provinces of Skåne (Scania), Blekinge, and Halland. The short version of the story is that southern Sweden used to be part of Denmark. Thus, Danish pronunciation, even vocabulary, that is not found in standard Swedish, abounds in skånska still today. For vocabulary differences, visit this blog our team wrote a while back, “Southern Swedish Vocabulary.“

Now I’ll highlight two main differences between standard Swedish and skånska so that you know what to listen for when you are enjoying a Peps Persson song.

1. Skånska speakers do not roll their r’s

Standard Swedish speakers use a quick flick of the tongue to roll the r-sound, whereas folks from Skåne use a guttural r, similar to a French r.

2. Swedish long vowels are replaced with diphthongs in skånska

What’s a diphthong, you say?  This “gliding vowel” sound happens as two vowel sounds are created in one syllable. The tongue moves during the pronunciation of the vowel, resulting in two emphases. The standard Swedish “å” has an “eåo” sound in skånska, the “u” sounds like “äu” and so forth.

In my opinion, the best single illustration of skånska in a Peps song has to be the 1992 hit single “Oh boy!” because of its long and drawn-out end phrases. I featured this song a few weeks back in my 7 Swedish Summer Tunes post because it’s a staple for carefree summertime listening. Read the opening verse first below and then click the video to sing along in skånska! Pay attention to the way the “a” in dag and jag is swapped for an “auo” sound.

Twangy isn’t it? What did you think of the exquisite example of skånska in “Oh boy!”? For more Swedish music, check the first post of every month!