Coke Studio Pakistan Posted by Rachael on Apr 26, 2018 in Uncategorized

Inspired by my recent post on Transparent Language’s Hindi blog about Coke Studio India, I wrote this companion post on Coke Studio Pakistan. I was introduced to Coke Studio through my Pashto lecturer while in college and have been hooked ever since. The songs she shared with me were all from Coke Studio Pakistan, a groundbreaking program that began airing in 2008 and is the precursor to and inspiration for Coke Studio India. This program, which features live, studio performances, enables viewers (and listeners) to enjoy eclectic and innovative blends of music, from pop to folk, that are difficult to find elsewhere. Coke Studio supports the collaboration of mainstream artists and little-known musicians to create music unlike any you’ve heard before. Here, I’ve compiled of some of my favorite songs to showcase what Coke Studio Pakistan has to offer.

May I be destined for a peaceful life

(lit. may a peaceful/contented life be written in my fate)

May my ship stay afloat (even in troubled waters)

It is not that paradise would be disagreeable to me, but

O, scribe of fate, may I be destined for Medina

This classic was originally sung by the qawwali sensations “The Sabri Brothers” (صابری برادران) who first introduced qawwali, or Islamic devotional music tied to the mystical branch of Islam, Sufism, to the West. In this rendition, the song is given a new treatment with pop star Atif Aslam as the lead vocalist. Aslam, formerly a lead singer in the Lahorevala (لاہور والا) pop-rock band “Jal,” is very popular in both India and Pakistan for his melodious voice and charismatic onstage presence. Another song worth checking out that features Aslam’s vocals is “Dholna” (ڈھولنا), which also aired on Coke Studio Pakistan. “Taajdar-e-Haram” is one of Coke Studio Pakistan’s most popular songs to date, having garnered over 100 million views on YouTube! Not only that, this song effectively broke a record as the first video originating in Pakistan to have achieved that many views, not only from Pakistani fans, but from fans in 185 countries all over the world. 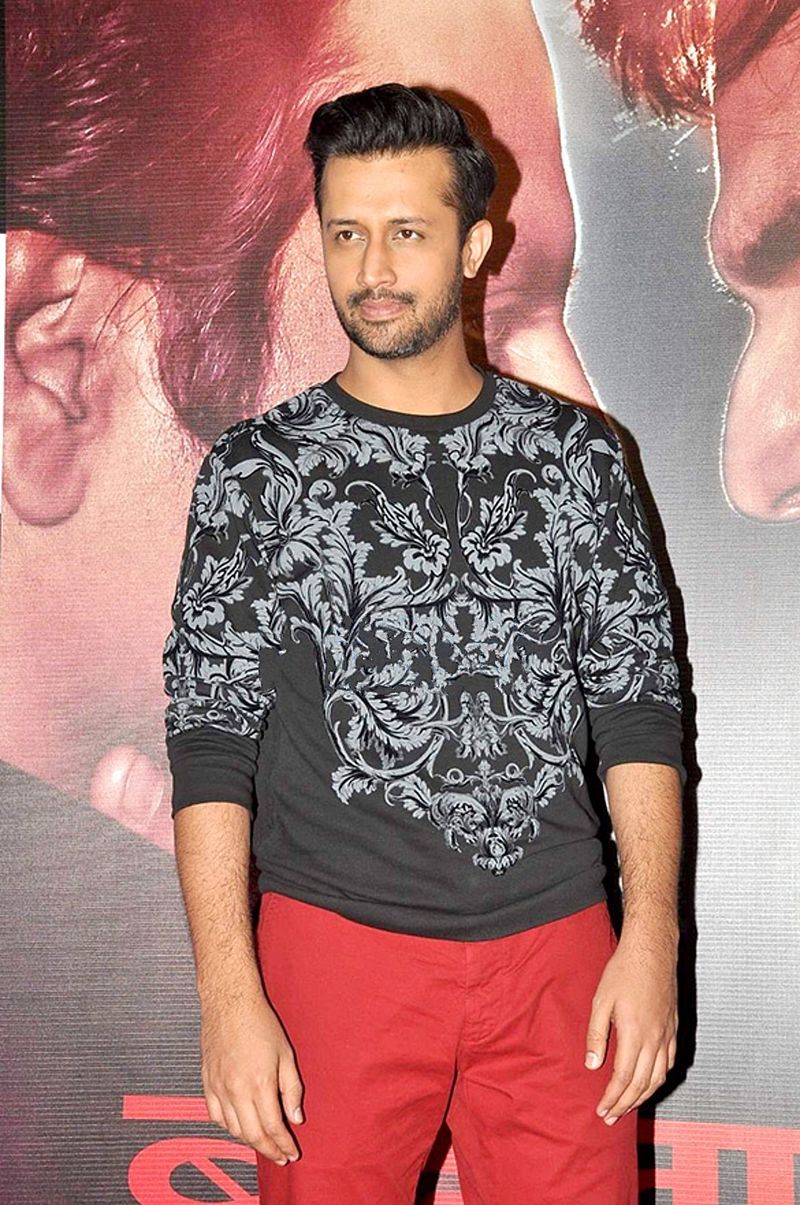 Singer Atif Aslam at the celebration of a Hindi film debut; image by Bollywood Hungama on Wikimedia Commons, licensed under CC BY 3.0.

Let me battle the winds

Pathways, by-lanes––I’ve left them far away

I’ve broken all forgotten promises and flown away

Speaking of “Jal”! This song was first released on Jal’s debut album, Aadat (عادت/Habit), in 2004, but has been given an update with this 2011 rendition, sung by the band’s main vocalists, Farhan Saeed (فرحان سعید, who has since left the band to pursue a solo career) and Goher Mumtaz (گوہر ممتاز‬) and featuring the up-and-coming singer Qurat-ul-Aain Balouch/قرۃ العین بلوچ

This band was established in 2002 and still features the multifaceted talents of Goher Mumtaz, the songwriter, one of the lead vocalists and lead guitarist. Another  “Jal” song worth checking out is “Ik Aarzu/One Wish  (اک آرزو)” also on Coke Studio.  ‬ 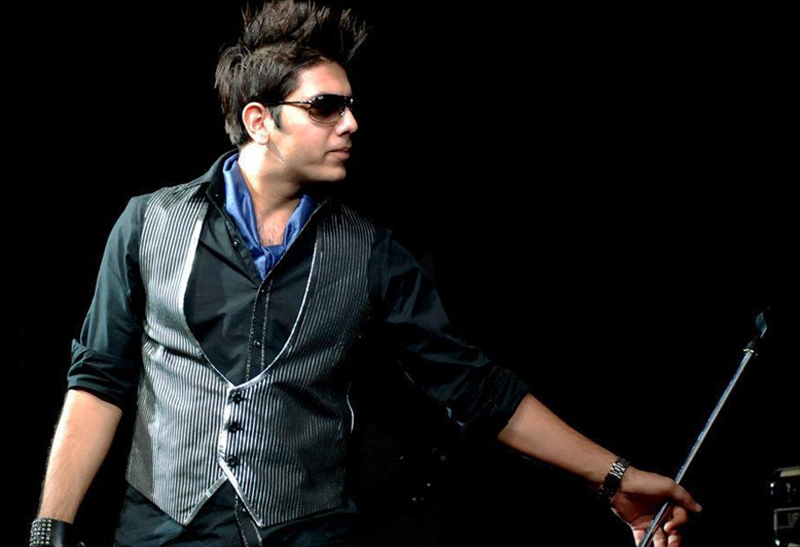 The one who knows not of the power of justice

God does not grant him courage

Come, let us immerse ourselves in the river of the soul

*من/man (masc. noun) is a slightly ambiguous term in English, as it can mean “heart” in some contexts and “mind” in others.

How new it all seems, in midstream

This song exemplifies what Coke Studio Pakistan is all about: bringing together well-known, mainstream artists and little-known artists from folk traditions to create groundbreaking music and expose Pakistani fans and others worldwide to new genres of music that represent the country in the most inclusive way possible: not only showcasing the “big names” from the big cities but paying tribute to tribal and regional musical traditions that make up a large part of the country’s culture. After all, for most Pakistanis, Urdu is not a first language, and they instead claim a number of languages as their mother tongue, from Punjabi, Sindhi and Saraiki to Pashto and Balochi.

Saieen Zahoor has the kind of success story few can emulate: growing up in the Pakistani region of Punjab, he left home at a young age to become an itinerant singer at Sufi shrines throughout Pakistan, often traveling only by foot. Illiterate yet known for his remarkable memory for song lyrics, Zahoor didn’t produce a record until 2006 and was nominated for the BBC World Music Awards based on word of mouth alone, as his incredible passion and powerful voice are difficult to forget once heard. You’ll also notice his use of the “Ektara,” (اکتارا, usually a one-stringed instrument, hence the “ek/اک” but the version Zahoor uses is three-stringed and is known as a “toombi/تومبی”) a folk instrument not often played but very distinctive and usually employed by wandering Sufi musicians like him.

And, of course, we can’t forget the incredible voices of Lahore-based rock band “Noori/نوری” (“Light”) made up of the brothers Ali Hamza (علی حمزہ)  and Ali Noor (علی نور). Another song of theirs that I enjoy is the rock-pop melody, “Jo Mere/جو میرے” (“That Which is Mine”). 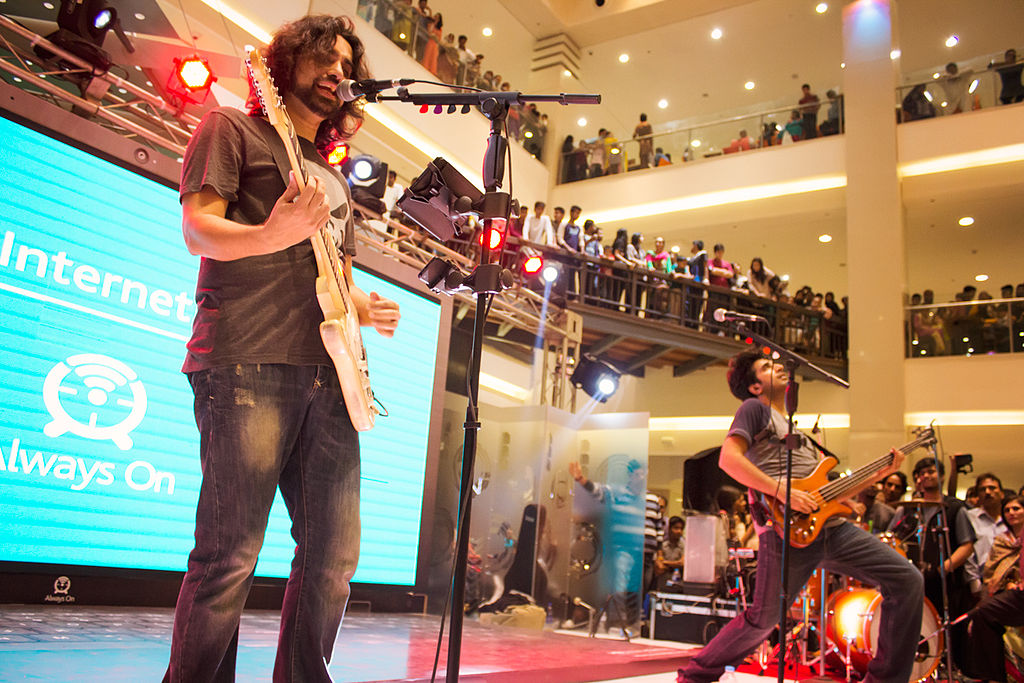 Noori performing at a mall in Karachi; image by Arshmaan.alee on Wikimedia Commons, licensed under CC BY 3.0.

This verdure, this sky

These rain clouds, my confidantes (who know my secrets)

These candles at dusk

Are laid out for you

Look, we too departed (slipped away)

Zeb and Haniya were a rock-pop band of sisters who have since disbanded, yet produced excellent music during their career, some of it in Urdu and some in Persian. This particular song, in Urdu, features the electrifying vocals of Javed Bashir, hailed by many as a master of Hindustani classical music for his ability to seamlessly and beautifully execute each vocal modulation. Another Zeb and Haniya song that is particularly memorable is the Persian “Paimona,” which is notable for its use of the “rubab,” (رباب) a traditional instrument with a distinctive sound that is not often employed in mainstream music. Persian or Farsi/فارسی is a language of distinction in Pakistan as Urdu borrows many words from this language and much of its classical literature is written in Persian. 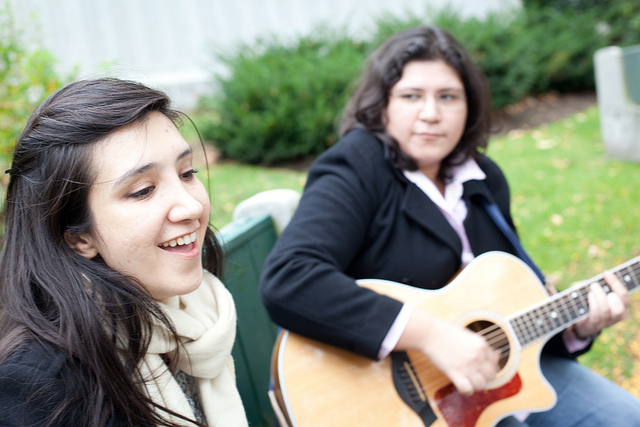 (from Persian/Farsi to Urdu)

So that I might begin our flirtation, I beg of you

Would that I could restrain my heart, but it won’t be restrained

You alone can show me the way out

I want to hear your voice just once

My heart is desolate without you, come to me

Once again, Atif Aslam makes an appearance, representing the pop contingent, alongside the up-and-coming talent Gul Panra, who sings in Persian/Farsi in a more traditional style. The song is a perfect blend of modern and traditional elements with a fun and flirtatious flair. Once again, Persian makes an appearance in the song (alongside Urdu) as a language of culture and sophistication and which many Pakistanis can understand and speak. The title of the song means “میں آ گییٴ ہوں” in Urdu or, in English, “I have come (to you).” As with many songs from Coke Studio Pakistan, there are helpful subtitles in Persian, Urdu and English to help you follow along with the song’s lyrics (these subtitles are available for some of the other songs I’ve mentioned here as well).