Welcome to the second part of this log post series where we talk about common expressions around the concept of dignity الكرامة, in Arabic. Please refer back to the first and second part of this blog post to read more about the concept in Arabic and some of the common vernacular proverbs that Arab speaking people use when talking about keeping one’s dignity حِفاظ الإنسان على كرامته. Today’s post provides an opportunity to learn, in context, other popular expressions about keeping one’s dignity. The context will be a song – in Egyptian Arabic – called: Elli Baʕ-na اللّي باعنا “The one who sold us”. 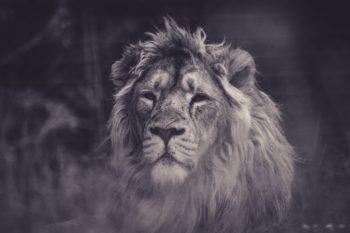 The song we’re learning today is by the iconic Lebanese singer راغب علامة  Ragheb ʕalaama. The song went viral when first released in summer 2018. It’s interestingly very suitable to the topic of dignity and can well complement your understanding of how the this concept is expressed in another setting, i.e. songs. In the lyrics provided below, 5 different phrases/ sentences about this concept are bolded for you to notice and learn. These phrases are used by the singer to specifically emphasises that he can’t care less about being forgotten or sold by his beloved as it’s all about keeping one’s dignity!

went on his own

whatever, let him part with us

and the heart has already forgotten him

And the one who left us

we closed our door

Whatever, we saved our effort

Life isn’t stopping for him

Since when it matters to us

Who left or who waited

The one who loves us, earns our friendliness/love

And sacrifices for us

If he’s happy with this

A hundred Jasmin and contentment

And if he doesn’t like it, he leaves us

He was the one who chose hell with his hands

And got out of heaven

went on his own

whatever, let him part with us

and the heart has already forgotten him

That who is absent

we will never care about him

And that who gets out of our life

It’s ok, we leave him out of our calculations

We will not beg him

And the one who doesn’t know our value

Then his path is not our path

he took evil with him and elft

We won’t tire/bother ourselves for him

A thousand of people wish they could be in his place

This way, he gave us rest and he got rest