The Spring Festival (春节 – chūn jié) – also known as Chinese New Year – is right around the corner. Millions upon millions of people in China are in the midst of the annual Spring Festival rush (春运 chūn yùn) trying to make it home in time for the New Year. As the holiday approaches, here’s a list of “10 Things to Do for Chinese New Year” to make sure that you’re ready.

1. Get a Haircut and Buy New Shoes 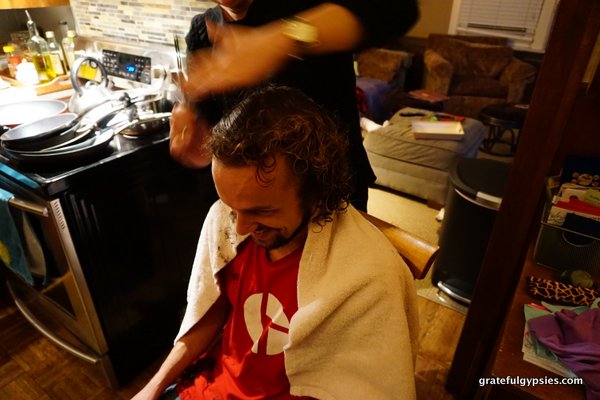 It’s no secret that there are a lot of superstitions in Chinese culture. Why do you think the 4th floor is missing on so many elevators? Or why did Beijing start the Olympics at 8:08 PM on 8/8/2008? The country’s biggest holiday has quite a bit of superstitions attached to it as well. For example, it is believed that you shouldn’t get a haircut (剪头发 – jiǎn tóu fǎ) in the first month of the year. Otherwise, your maternal uncle will die. Don’t ask me why. You also shouldn’t buy shoes (买鞋 – mǎi xié) in the first month. The word for shoes (鞋 – xié) sounds like the word for evil (邪 – xié), so those fresh kicks will bring you bad luck. Better do these things before we hit the Year of the Rooster!

This one is pretty self-explanatory. When you clean the house (打扫房子 – dǎ sǎo fáng zi) before the New Year, you sweep out all of the bad things from the past one. Start the year fresh with a nice clean place, but don’t go sweeping during the 15-day Spring Festival celebration – doing so will push all the good luck of the New Year right out the door. 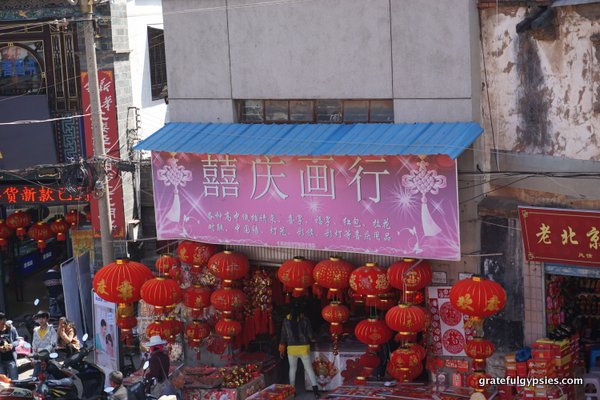 Just like people go all out decorating their house for Christmas, Chinese people have plenty of decorations to ring in the Spring Festival. The most common thing you’ll see are couplets (春聯 – chūn lián). While there are many different styles and designs, the most ubiquitous is the character for good fortune (福 – fú) hung upside-down. When you say “fu is upside-down” (福倒了 – fú dào le), it sounds just the same as “good fortune has arrived” (福到了 – fú dào le). Thus, hanging this on your front door will ensure you good fortune for the coming year.

On New Year’s Eve, families all across the country will gather together for an epic meal. The kitchen is a hub of activity all day long, as grandma, mom, and all your ayis work diligently at preparing the feast. In the north of China, the staple item on the New Year’s Eve menu is dumplings (饺子 – jiǎo zi). Dumplings are said to resemble ingots (元宝 – yuán bǎo) – an ancient Chinese currency. Thus, having them for the New Year dinner is a symbol of wealth. Many families will even put a coin in one dumpling. Whoever gets it will have good luck in the coming year. Of course, it’s a bit gross to put a used coin in your food, so many people have taken to using something like a peanut instead. 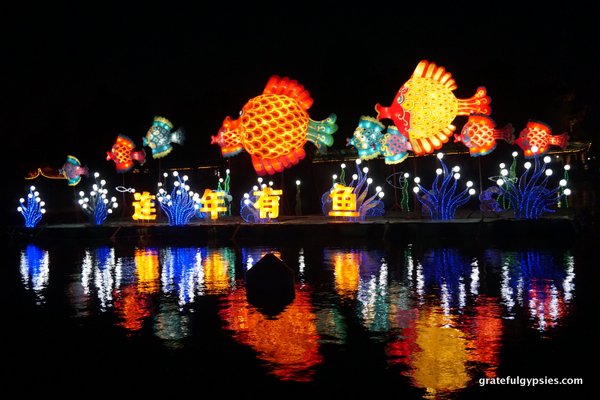 Another common item on the menu is fish (鱼 – yú). This is because of another play on words (Chinese people really love those) – saying “Every year there is fish” (年年有鱼 – nián nián yǒu yú) sounds exactly like “Every year there are leftovers” (年年有餘 – nián nián yǒu yú). This means you won’t be lacking in the New Year and everything will be in abundance.

If you should find yourself in China during the Spring Festival, you’ll realize that the whole place sounds like a war-zone. This is because people are constantly lighting off of firecrackers (放鞭炮 – fàng biān pào). I’m talking all day, all night, every day, for 15 days. If you thought America went big for the 4th of July, you ain’t seen nothing yet! There’s also a legend about why people started setting off fireworks for the New Year. As the story goes, there once was a giant beast named Nian (年 – nián) who liked to eat children. Nothing could scare him away, until one day an old man confronted the beast wearing red and armed with firecrackers. Nian fled in fear, never to return again. This explains the abundance of fireworks and the color red during Spring Festival. 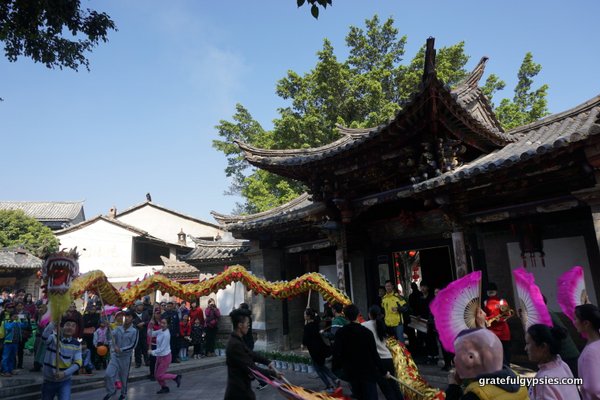 A dragon dance before the New Year.

Throughout the long holiday, you might stumble upon a lion dance (舞狮 – wǔ shī) or dragon dance (龙舞 – lóng wǔ). As both are auspicious animals, the dances are believed to bring about good luck. The lion dance is usually performed by two people, while many more are needed to fill the dragon costume. This is one element of the Spring Festival celebrations that has spread all over the world and is a very familiar symbol of Chinese culture. Where can you see one if you’re not in China? That brings us to our next point.

You don’t have to be in China to get in the spirit for the Spring Festival. All across the globe, there are parades (游行 – yóu xíng) to mark the special holiday. Cities with large Chinese populations go all out for the holiday, such as Singapore, London, New York, and Sydney. No one does it quite like San Francisco, though – the Bay Area hosts one of the largest CNY celebrations outside of Asia. Check out some highlights from last year in this video:

9. Give Some Red Envelopes 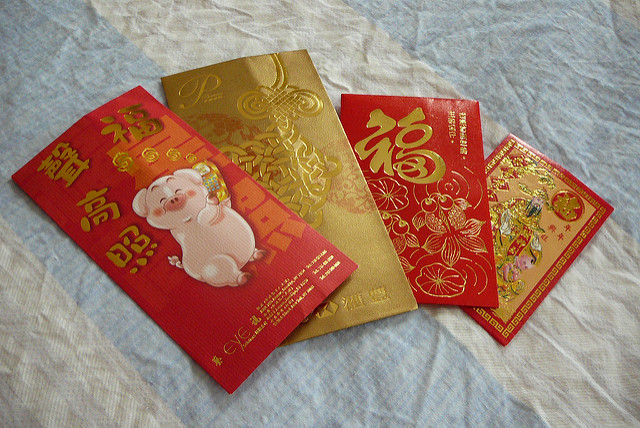 Image by Ksionic from flickr.com.

As the most populous country on Earth, it should come as no surprise that China is also home to the world’s most watched TV program. Every year, hundreds of millions of people tune into the CCTV New Year’s Gala (中 国中央电视台春节联欢晚会 – zhōng guó zhōng yāng diàn shì tái chūn jié lián huān wǎn huì). Often called by its abbreviated name Chunwan (春晚 – chūn wǎn), this variety show lasts several hours and features skits, cross-talk, song and dance, magic, and so much more. Check out an amazing acrobatics performance from last year’s show in this video:

Now you’re all set and ready to ring in the Year of the Rooster. Wherever you are, we’d like to wish you a…