It’s that time of the year again, as China gears up for its most important holiday –  the Spring Festival (春节 chūn jié). Also known around the world as Chinese New Year (农历新年 nóng lì xīn nián), this holiday begins on the first day of the first month (正月 zhēng yuè) of the lunar calendar. That’s February 1st in 2022 in case you were wondering. The celebration ends with a bang (literally), during the Lantern Festival (元宵节 yuán xiāo jié). With the holiday fast approaching, it’s time for a Spring Festival history lesson here. 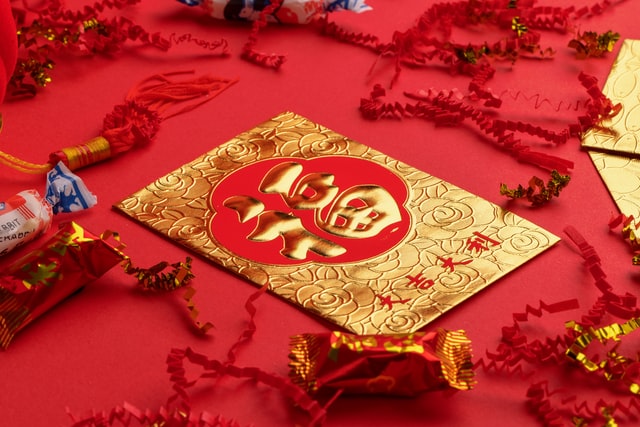 Photo by Jason Leung on Unsplash

An Intro to Spring Festival

While China has many festivals, this one is by far the most important. It is also the longest, spanning 15 days. Students enjoy a lengthy vacation, while all working adults will get a week off. During the Spring Festival, nearly everyone in China heads home, representing the biggest mass migration of people on Earth every year. This is known in Chinese as Spring Festival rush (春运 chūn yùn).

During this time, airports, train stations, and bus stations are absolute insanity all across the country. Tickets can be impossible to come by as everyone wants to be home for the big holiday. This year, around 1.2 billion passenger trips are expected over the 40-day chun yun period.

With so much demand for train tickets, there are opportunistic scalpers (黄牛 huáng niú). That’s right – the Chinese name for ticket scalpers translates as “yellow cow.” Click here to find out why.

There are many traditions and customs associated with this holiday, many of which are known throughout the world. This includes the lighting of fireworks, the zodiac (生肖 shēng xiào) cycle with its 12 animals, and the famous lion dances (舞狮 wǔ shī). It’s a very festive time of year as people decorate their homes with couplets (春聯 chūn lián). 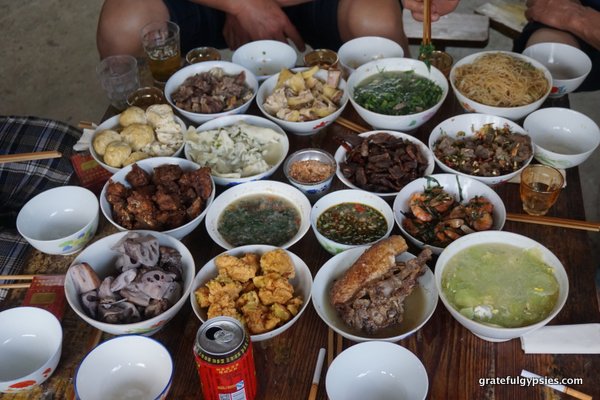 People gather with their family for a big New Year’s dinner (年夜饭 nián yè fàn) that includes a whole bunch of food. Many people make dumplings (饺子 jiǎo zi) for the holiday. It’s also common to have fish because of the expression “may you have abundance every year” (年年有余 nián nián yǒu yú). Get it? It’s because 余 (yú) sounds like 鱼 (yú). This is one of many Chinese New Year greetings.

Now that you know a little more about the holiday, let’s learn some Spring Festival history.

History of the Spring Festival

In Chinese, the character 年 (nián) means year. There’s also a tale from Chinese mythology of a beast called Nian, who lived under the mountains or the sea. Once a year, the beast would come out of hiding to attack and even eat people. Worst of all, it was especially fond of children.

As the story goes, it attacked a village (村庄 cūn zhuāng) one year, ravaging its crops and feasting on its people. From then on, the villagers would flee the village every year in order to avoid the devastation.

However, one year an old man came to the village and asked a local grandma (奶奶 nǎi nai) if he could stay in her home. She obliged, although she and the others thought the man would surely die. Once again, all of the villagers ran away, while the old man stayed behind.

That night, Nian showed up just like always. This year, however, things were different, as it noticed red (红色 hóng sè) paper on the gate. Then it heard the loud noise of firecrackers (烟花 yān huā), which terrified the monster. 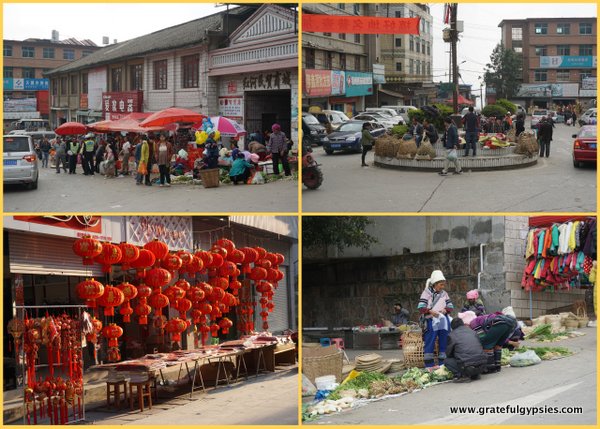 In the middle of the home stood the old man, dressed in red from head to toe. The abundance of red and the loud sounds of the firecrackers were too much for Nian to bear, and he fled in fear.

The next day, the villagers returned, surprised to see the old man had survived. From that year on, they decided to wear red robes and light firecrackers in order to scare away the beast.

Luckily, their plan worked, and the evil Nian was scared away for good. It never bothered that village again, and while it is still believed to exist, it is said that the beast is scattered amongst the mountains and will never appear in front of humans again.

From this story come many of the Spring Festival traditions, such as decorating homes with all things red, lighting firecrackers, and performing a lion dance. For a fun listening activity, check out this video from the Confucius Institute telling the story of Nian:

I hope you found this post about the history of the Spring Festival interesting and helpful. It’s a very exciting time of year in China as we get ready to head into the Year of the Tiger (虎年 hǔ nián). I’ll leave you with one of the most common greetings during this time of year…