Talking About the Olympics in Chinese Posted by sasha on Jun 22, 2021 in Culture, History, Sports

There’s a lot of talk right now about the Summer Olympics (夏季奥运会 xià jì ào yùn huì) at the moment. The games were postponed last year due to the pandemic and there has ben a lot of uncertainty surrounding them. We’re now just a month away and it looks like they are definitely happening in Tokyo (东京 dōng jīng). It will definitely be different this year, as spectators will only be domestic and will be limited. People all over the world will still be glued to their TV screens watching these amazing athletes perform. That’s why we’re talking about the Olympics in Chinese in today’s post. 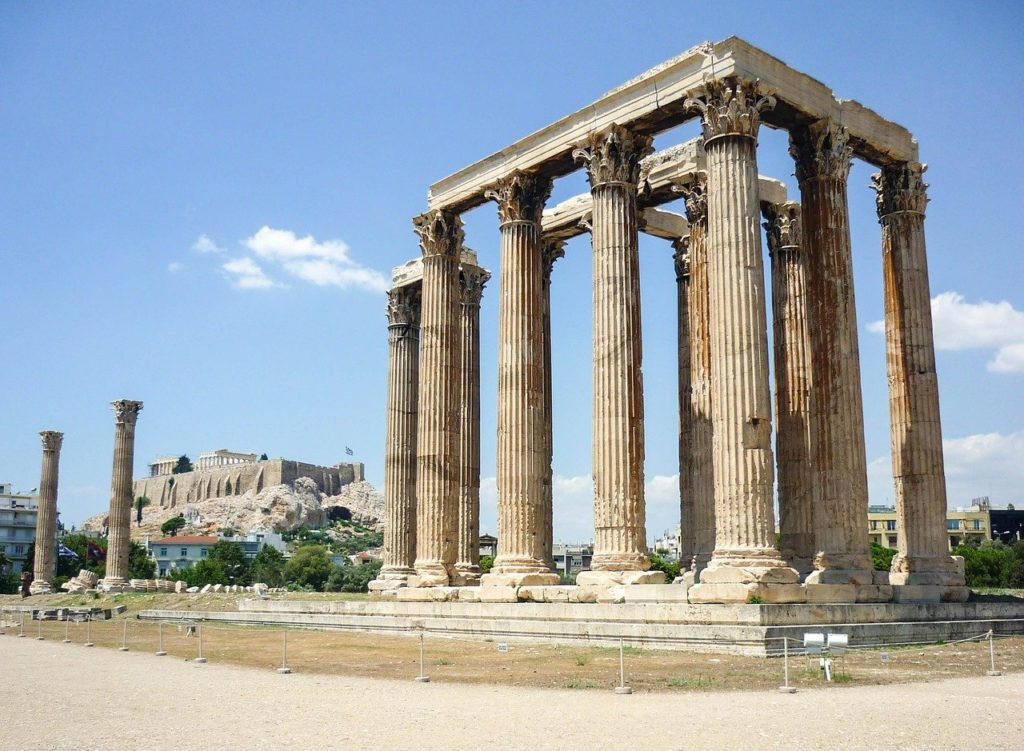 Image by TravelCoffeeBook from Pixabay

History of the Summer Olympics

The Olympics date back to the time of ancient Greece (古希腊 gǔ xī là). Not surprisingly, the games are rooted in mythology. They held the games in honor of Zeus (宙斯 zhòu sī), king of the gods. It was just as much a religious event as an athletic one.

Olympia was the site of the games and eventually a temple was built there with a massive gold and ivory statue of Zeus. This was one of the Seven Wonders of the Ancient World (古代世界七大奇迹 gǔ dài shì jiè qī dà qí jī).

It’s unclear when exactly the first edition was held, but many historians accept the date of 776 BC. Winners of the events received wreaths or crowns made of olive leaves (橄榄叶 gǎn lǎn yè). They held the games every four years, a period of time that would be known as an Olympiad.

When the Romans gained power, the games began to decline in importance. Over the next several decades there would be different reincarnations of the games in various countries. In 1890, the IOC (International Olympic Committee) was founded with the idea to host Olympic Games every four years in different nations.

The modern day Summer Olympics first took place in 1896 in Athens (雅典 yǎ diǎn), back where it all began in Greece. Since then, the games have taken place on five continents and 19 different nations.

At the first modern games, they started to award medals to victorious competitors. It wasn’t until 1904 in St. Louis, though, that they began to award three different medals: a gold medal (金牌 jīn pái) for 1st place, silver medal (银牌 yín pái) for 2nd, and bronze medal (铜牌 tóng pái) for 3rd.

Another important tradition started in 1928 with the introduction of the Olympic torch (奥运火炬 Ào yùn huǒ jù) for the games that year in Amsterdam (阿姆斯特丹 Ā mǔ sī tè dān). The flame is ignited a few months before the games in Olympia, and the torch then begins its journey to the site of the games that year. It’s currently traveling all across Japan on its way to Tokyo next month.

Back in 1896, there were 14 nations with under 250 athletes competing. This year, it’s expected that over 11,000 athletes from 205 different nations will compete in the Summer Olympics. 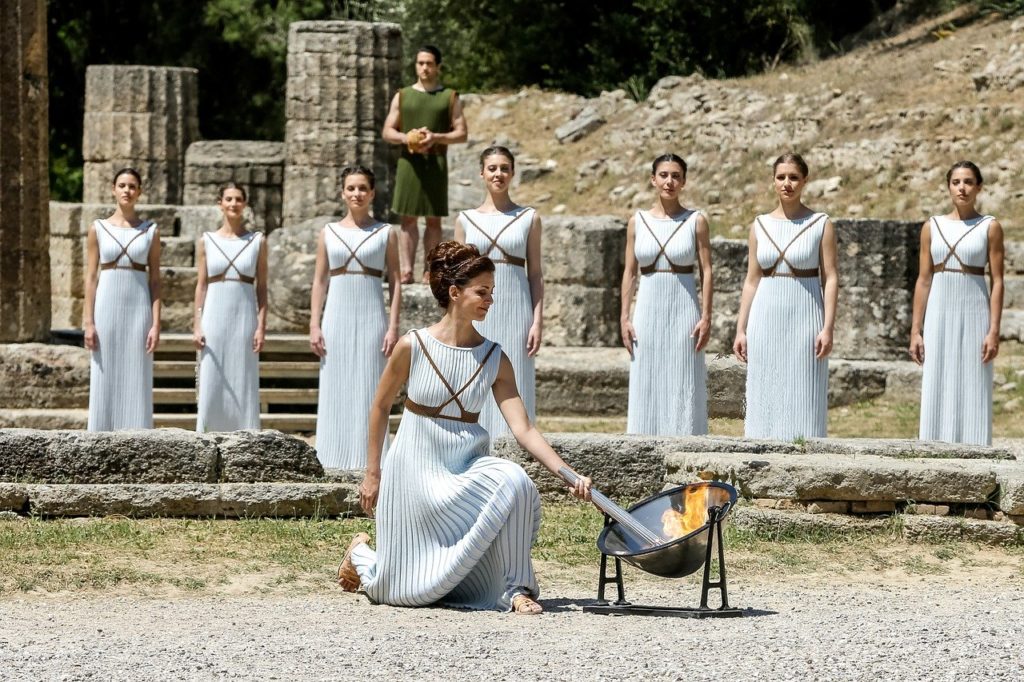 Image by StockSnap from Pixabay

The Summer Olympics Comes to China

China has hosted the Summer Olympics once. The 2008 games in Beijing had the motto of “One World, One Dream” (同一个世界 同一个梦想 tóng yī gè shì jiè tóng yī gè mèng xiǎng) and it was a huge moment for the country. It was also a pretty important moment for me, as I moved to China for the first time the day before. What an exciting time it was to arrive there! 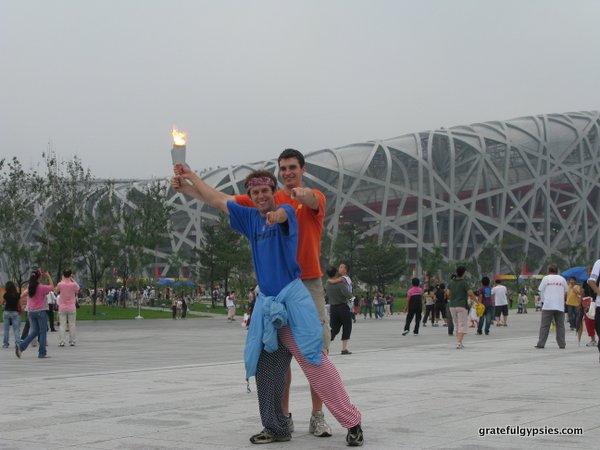 As 8 is a lucky number in China, the games started at 8:08 PM on 8/8/08. The logo for the event was called “Dancing Beijing” (舞动的北京 wǔ dòng de běi jīng), as it really looks like the character 京 is dancing.

The five mascots for the Beijing games were known as the Fuwa (福娃 fú wá), which means “dolls of blessing.” While they were pretty cute, the names were so incredibly cheesy – Beibei, Jingjing, Huanhuan, Yingying and Nini. Put them all together and you get “北京欢迎你” (běi jīng huān yíng nǐ) or “Beijing welcomes you.”

The Opening Ceremony (开幕式 kāi mù shì) from the 2008 Olympics in Beijing was quite the spectacle that got the whole world talking. It was even featured on an episode of South Park! You can watch some highlights from what is considered by many to be the best Opening Ceremony ever here.

China’s athletes delivered some amazing performances at the 2008 Olympics, as they won an impressive 48 gold medals, 22 silver, and 30 bronze for a grand total of 100. 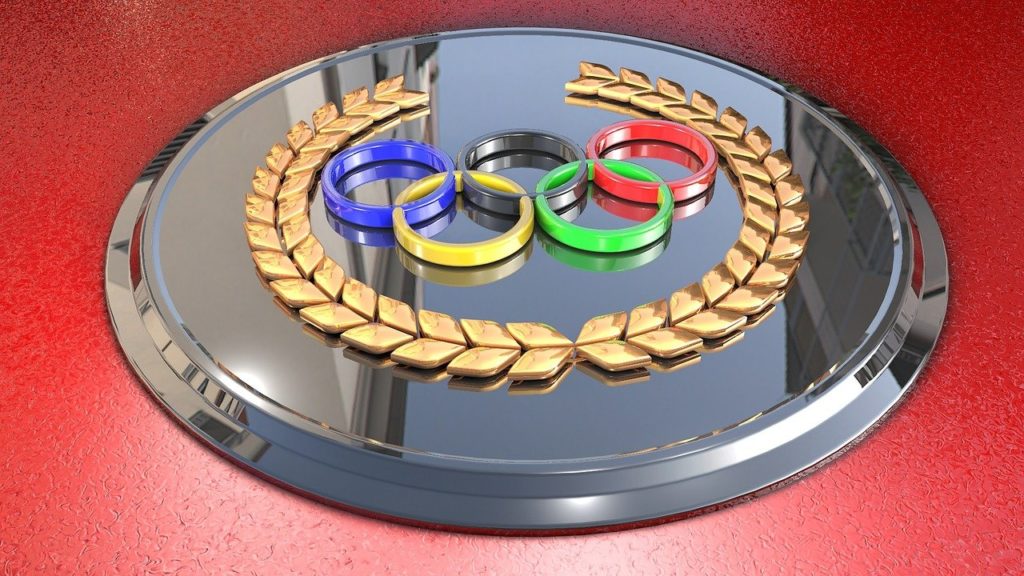 Chinese Vocabulary for the Summer Olympics

To really get you talking about the Olympics in Chinese, you’ll need to know the vocabulary for the different events. Here’s a chart you can copy and paste to study from with the core events of the Summer Olympics:

For the 2020 Olympics in Tokyo, there will be five new events as well. Here they are:

Baseball isn’t exactly a “new” Olympic sport, as it was featured in the event as recently as 2008. It’s making a comeback this year, probably because it’s such a popular sport in Japan.

I’m pretty excited to watch the Olympics this year, even if the event will be much different than in years past. How about you? Leave a comment and answer these questions: