Back to Basics: Possession and Pronouns Posted by Karoly Molina on Jan 24, 2018 in Dutch Grammar

One of the mistakes I’ve caught myself consistently making is to mix up all of the pronouns when it comes to talking about people’s things. If it isn’t using ik or je, I cannot seem to get them straight in my head. 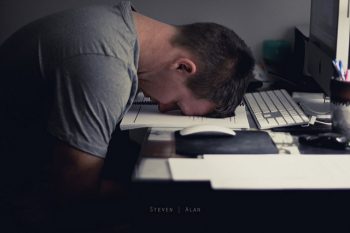 What is a pronoun?

The first question we must answer is what is a pronoun or a voornaamswoord? These are things we learn very young in school and sometimes, it is hard to remember what it is even in our own language. According to the Oxford dictionary, a pronouns are used in place of a noun that has already been mentioned or that is already known, often to avoid repeating the noun.

So, instead of saying:

Bob is sleeping. Bob is tired.

Bob is sleeping. He is tired.

There are different types of pronouns, but for possession, there are two ways to go about it. You can use the possessive pronoun  (third column) or you can use van + personal pronoun in non-subject form (second column).

Dit is mijn hond. (This is my dog)

Deze hond is van mij. (This dog is mine)

Dit zijn onze honden. (These are our dogs)

Deze honden zijn van ons. (These dogs are ours)

The bezittelijk voornaamswoord or possessive pronoun is placed before the noun, so in the first and third sentence, it is before hond or honden. When you want to emphasize the ownership of something, using van + non-subject form pronoun is the best way to go. The van gives you an extra something for emphasising.

It is important to learn to distinguish these, especially for when you are talking about yourself (using ik). The following video explains why.

Now that you know the difference, you can sing along  to Banger Hart with Rob De Nijs. Its very 90s song that was quite popular when it was released in 1996. Check how he uses the pronouns in the song.