Dutch Idioms 26 – Why Do The Dutch Take Chestnuts From Fire? Posted by Sten on Nov 25, 2021 in Culture, Dutch Language, Idioms

In this edition of Dutch Idioms, I want to take a look at the kastanje (chestnut). An item that isn’t used much in spreekwoorden (sayings) and uitdrukkingen (expressions), yet the one it has going for it is very widely known. With an interesting origin, this idiom deserves its own post. So let’s unravel it!

Careful with those (Photo by Ümit Yıldırım on Unsplash)

To do somebody else’s dirty work

Literally: To get the chestnuts from the fire for somebody else

This uitdrukking is very widely known and used a lot. Everybody in the Netherlands will recognize it. It means, simply, that you’re doing somebody else’s dirty work. While that person profits from what you’re doing, you’re the one that’s taking the risks to get those profits. This can be a pretty common situation, so it makes sense that there is a popular uitdrukking related to this. But why is it exactly this – taking chestnuts out of a fire? I can imagine that putting your hand in a hot pan to get hot chestnuts out is a great way to give yourself some considerable burns. So I get it on that level. But why not jumping off a cliff? Fighting a duel?

The Monkey and The Cat 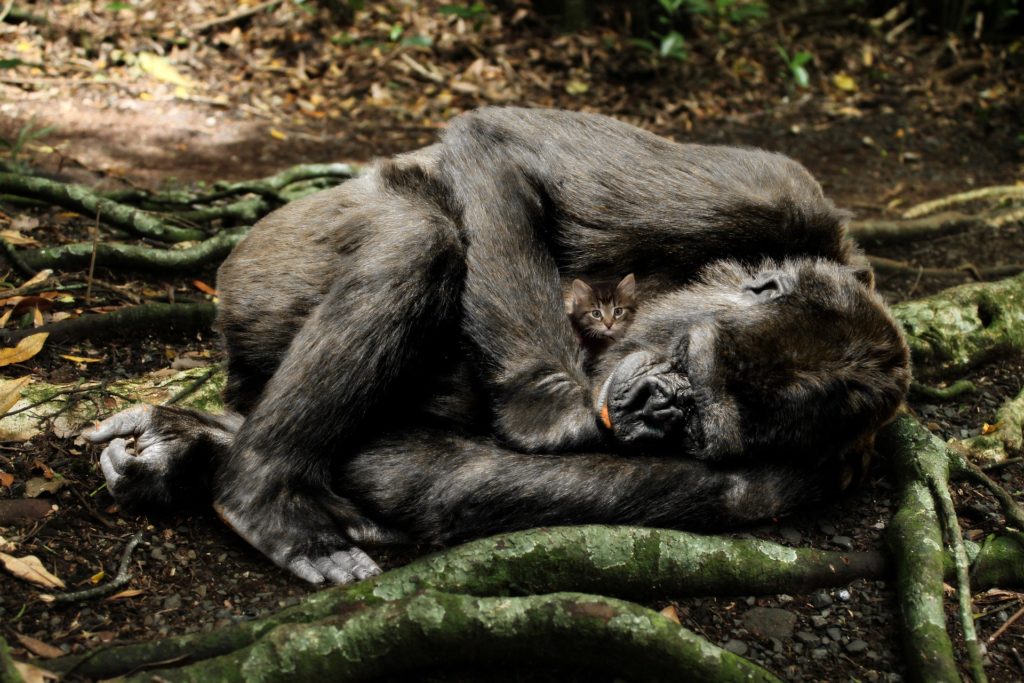 Poor cat got deceived by monkey (Photo by SarahRichterArt at Pixabay.com)

The story actually has its origin in a fabel (fable) by famous French fabulist Jean de La Fontaine. It’s Le Singe et Le Chat (The Monkey and The Cat) – De Aap en de Kat in Dutch. In it, the aap (monkey) convinces the kat (cat) to get the kastanjes out of the vuur (fire), promising a share. However, when the kat is done, the aap gobbles them all up! When a maid enters, the kat cannot do anything to change the situation anymore – he’s been played!

This fabel has been the subject of countless depictions over the ages, cementing the moral of the story. Initially a French saying, tirer les marrons du feu, it made its way into Dutch. And while for the French, marrons are a common snack, the Dutch don’t really eat them that much. So in French, this might make more sense culturally. But the uitdrukking stuck anyway!

As an aside, the English “a cat’s paw” as being a tool for somebody else, also finds its origin in this fabel by La Fontaine.

One thing that’s changed over the years, at least in the Dutch idiom, is the element of danger – you don’t have to be putting yourself at risk to do somebody else’s dirty work. You just have to be doing something for another that they don’t like to do. So the meaning has broadened somewhat.

Usage of the idiom

Usage is formal and informal. Obviously, the person for which the kastanjes are taken from the vuur looks like the bad guy here, so beware of that if you don’t mean to say that.

Here’s an example in Dutch:

(John is cleaning Bram’s car again! Why doesn’t he do it himself?

– Well, John always takes the chestnuts from the fire for Bram!)

Have you heard this idiom before? Is there a similar version in your language? Let me know in the comments below!