How Do You Make A Dutch Surprise for Sinterklaas? – Part 1 Posted by Sten on Nov 29, 2021 in Culture, Dutch Language, Dutch Vocabulary, Holidays

Sinterklaas is back in the country. Get your schaar (scissors), papier (paper) and lijm (glue), because it’s time to make surprises. Together with a great little gedicht (poem), you’re – I mean, Sinterklaas is – sure to make the most impressive gift! How does this process work? And how to create the ultimate surprise for pakjesavond (“gift evening”) on December 5? This is part 1 of 2, as there’s quite a lot to say! Tomorrow you can find part 2 here on the blog. Let’s dive in!

Each year again, Sinterklaas comes from Spain to make the Dutch, young and old, happy with snoepgoed (sweets) and cadeautjes (gifts). Even with some controversy around the event, it is a favorite holiday for many inhabitants of the Netherlands.

One special thing about Sinterklaas is that he does two things other gift givers don’t normally do:

So how does he do it, and how can you help Sinterklaas with this monumental task? 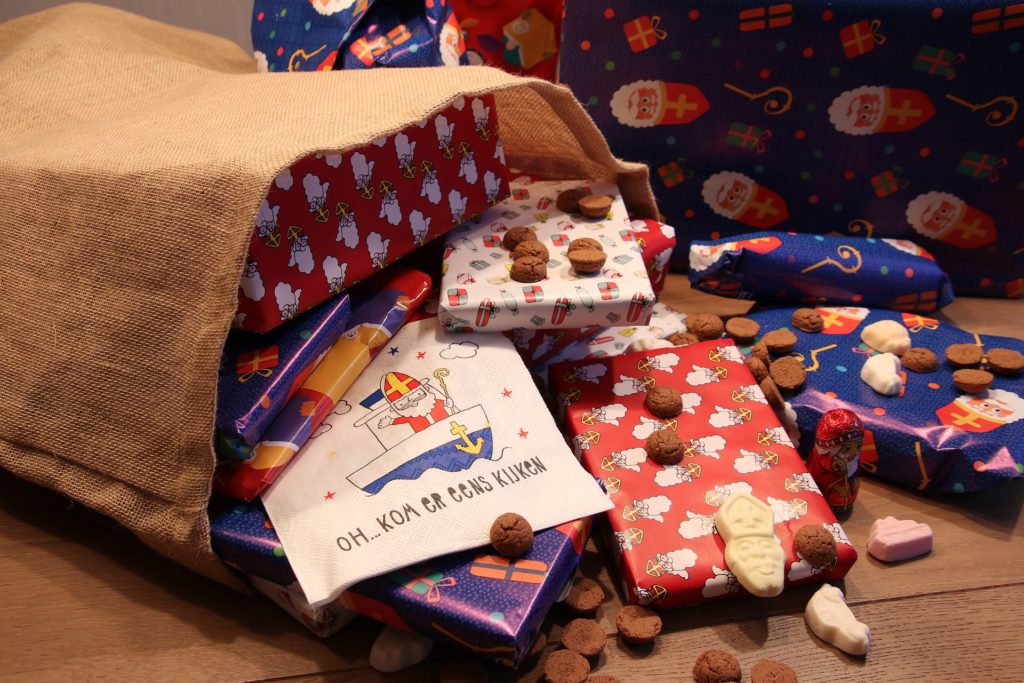 Image by Marjon Besteman from Pixabay

The first thing to do is limit the amount of gifts, with a classic game of lootjes trekken (“draw lots”, Secret Santa). The Dutch may be stereotypically stingy, but limiting the gifts you have to think about to a single person means you can focus more on quality of the gift rather than quantity. Besides, this way everybody gets one gift, so nobody needs to feel left out either. And to ensure that people know what’s expected and things don’t get too crazy, a spending limit is often also set (sometimes to just 20 euros or so).

Lootjes trekken often happens within the close family. But many other communities do it, too. We did it at school when I was a kid, so the whole class had a gift the last school day before pakjesavond. Sportclubs (sports clubs), work colleagues or friend groups do it among themselves, too. So around this time, a single Dutch person may be working on several gifts at once.

Like with Secret Santa, nobody knows who has a gift for whom, which ultimately creates the mystique around Sinterklaas – who knows, maybe he actually really did bring the gifts!

Anyway, let’s get to the surprise! 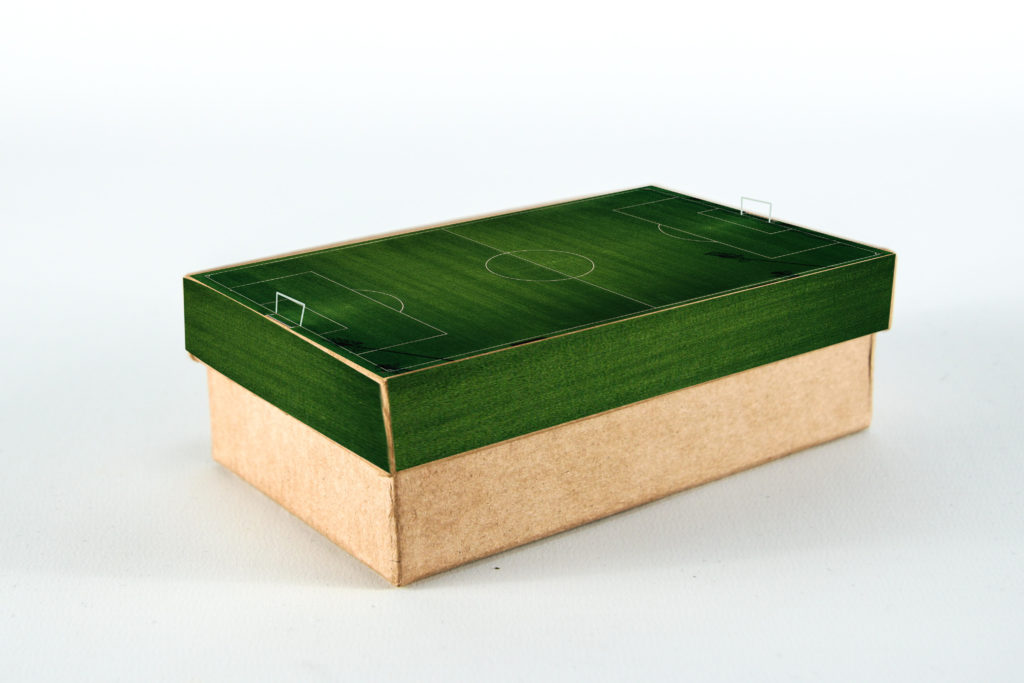 Perhaps your surprise look like this! Or even more elaborate than just gluing a picture to a box (Image by author, reproduced with permission of Sten Ritterfeld, combining Photo by Timothy Tan on Unsplash and Photo by Christopher Bill on Unsplash).

Surprise is a word that entered the Dutch language from France. In French, surprise means, like in English, surprise. That’s verrassen, or de verrassing in Dutch. Van Dale defines surprise as follows:

(A gift wrapped in a surprising manner)

What’s meant by this is that the wrapping is really part of the surprise of a gift. So they can get quite elaborate!

Let’s say you do lootjes with some friends, and you got Jeroen. So now you have to make a surprise for him. You know that Jeroen is gek op voetbal (crazy about football), and you know that his current voetbalschoenen (football shoes, cleats) are really worn out. The limit your friend group set is 60 euros, and you found some nice ones for that price. So you decide that it would be really fun to gift him new cleats!

Now, the shoes come in a schoenendoos (shoe box). That’s just a boring rechthoek (rectangle), or a boring rectangle with gift paper and a bow. Not good enough for the Dutch surprise!

So you start thinking – what could you do to liven this gift up a little? And suddenly it hits you: A voetbalveld (soccer field) is also a rectangle!

And so you get your lijm, schaar and papier and knutsel a voetbalveld onto that schoenendoos. Maybe you’ll even add a voetbal (football) and those finger football boots to actually play a game on the schoenendoos!

After an evening of hard work, your surprise is done. Well, almost – all that’s left now is a gedicht!

The gedicht? Yes, this is an integral part of the surprise, and it’s not the same without it. Read tomorrow what it should be about and how it works!

Have you made a surprise before? Do you do something similar in your culture? Let me know in the comments below!