Dutch Songs About Corona Posted by Karoly Molina on Apr 22, 2020 in Culture

During the last couple of weeks, we have seen several videos of people united with music. From the tenor singing on his balcony in Italy, to whole neighbourhoods singing together, to DJ’s playing music for their neighbours, music is very much a part of our social distancing. In this post, I explore three songs that came about during times of the corona virus. 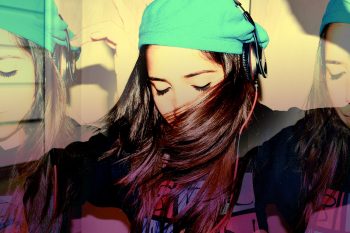 The first corona-related song that was released here in the Netherlands was Ali B’s Anderhalf featuring Poke and Judeska. Anderhalf literally means 1 and a half, referencing the distance we have to keep from each other during social distancing. The song is meant to warn people of the 1.5 meter distance and features some familiar faces like journalist Alberto Stegeman, famous for the TV show Undercover Nederland.

The song was received with mixed results. Some praised it for his warning to keep distance while others critiqued Ali B for trying to profit from the recent pandemic. The song is quite catchy and a highlight for me is the choir.

Arjen Lubach from the Dutch satirical show Zondag met Lubach has been presenting several issues related to the current situation and the corona virus during the last weeks. Arjen is not only a TV presenter, but also cabaretier, radio host, writer and musician. Over the last few years, he has released a few songs which mostly mock current events. I included one of his songs in a post about the Dutch canon.

His latest song is called Ik **** je op afstand featuring Dutch singer MEROL. This song mocks a bit the situation of 1.5 meter distance that we have to deal with, particularly if you are dating. The song is set at a grocery store and it starts with the following lyrics:

My lievelingsstukje of the song is when Arjen says “geef me een seconde en ik flatten je curves”  referencing the ever important phrase of flattening the contagion curve of corona.  The video was filmed during our “intelligent lockdown” with each singer at their home singing and playing around with filters. I get the impression that the filming was quite fun for both artists.

There are several play on words with innuendos in this song. Can you spot a few of these?

Dutch actress, singer, and TV presenter Chantal Janzen made a very moving video of her version of the song Avond originally sung by Boudewijn de Groot released in 1996. Chantal sings her version in her house (or somebody’s house) with piano accompaniment and the song is meant to be comforting during these difficult times. On her Instagram account , Chantal posted the following:

The last two lines are part of the song which was written for the songwriter’s girlfriend. It is a romantic song about a couple, but I find that it works beautifully in this situation where we are all dependent on each other. Chantal’s singing is quite comforting and beautiful. Below is the video.

Do you know of other songs written or especially selected for these difficult times? Please share them in the comments!